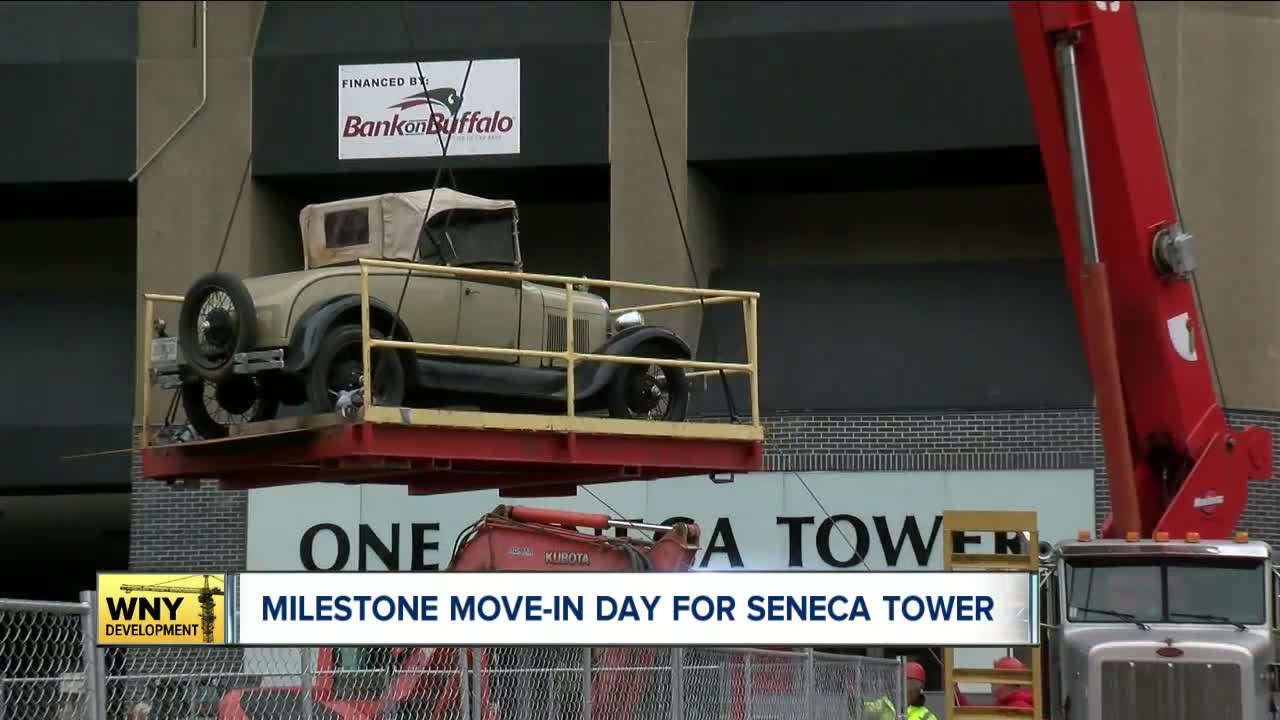 Inside peek of Seneca Tower transformation 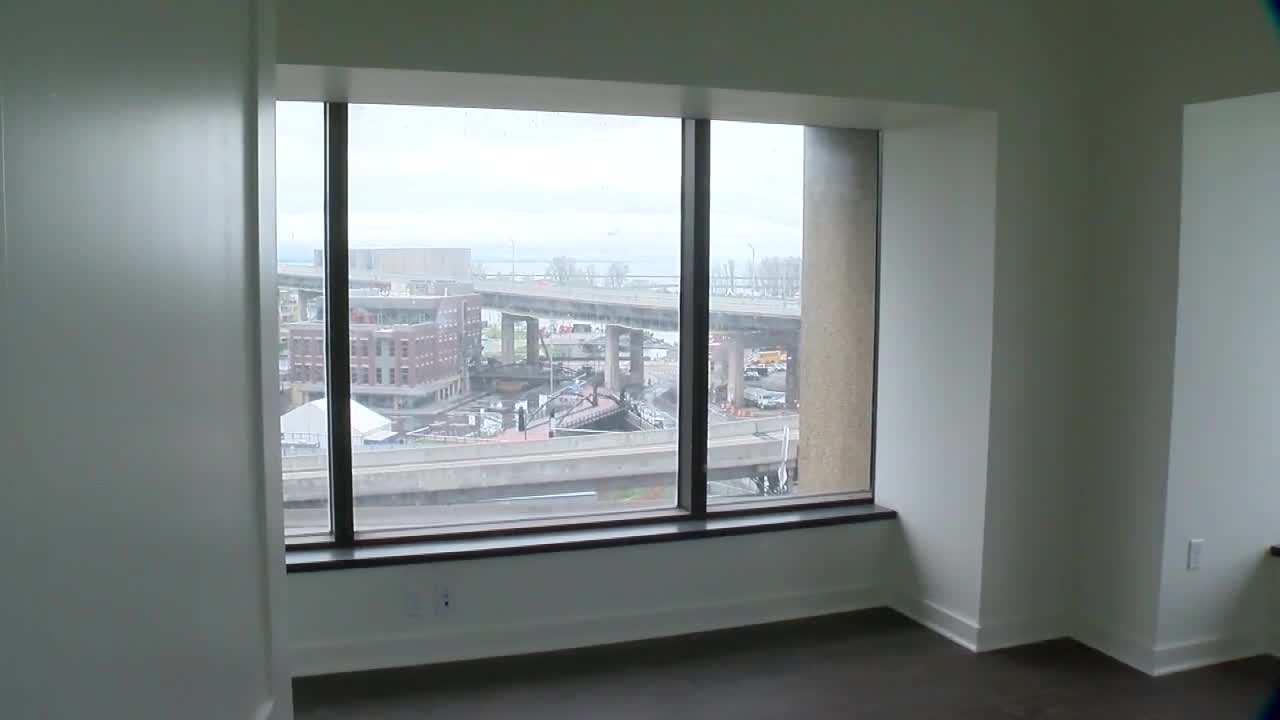 BUFFALO, N.Y. (WKBW) — The Seneca Tower in Buffalo is a very prominent structure in Buffalo's skyline. It is also undergoing a major redevelopment to include residential, retail and office space.

Today, it reached a milestone as a unique piece of Buffalo history was placed in its lobby.

Developer Douglas Jemal, founder and president of Douglas Development in Washington, D.C., said he wants to bring life back into the building but also celebrate Buffalo's past. He expects to spend about $150 million by the time the transformation is complete.

A centerpiece in the lobby will be a 1928 Ford coupe that serial numbers show was originally built in Buffalo.

Jemal found the vehicle in West Virginia and crews used a large crane to lift it into the building after 1,000 pound pieces of glass were removed.

After the the car was partially lifted, Jemal asked that it be brought back down so he could ride up in it - something he did while taking "selfies" as the 2,000 pound antique was lifted high in the air.

7 Eyewitness News Reporter Ed Reilly talked with Jemal to get the latest on the project.

The west annex building now has 125 apartments. Jemal said he hopes people can get into them starting in October 2019. Halls have multiple colors and will be lined with historic photos of Buffalo. Many of the apartments have views overlooking Canalside and Buffalo's waterfront.

Office space will be located in the tower. Jemal said he is working with a couple of tenants currently but was not ready to announce their names.

Areas on the plaza and behind the building facing Canalaside will become retail space. Jemal said he envisions several local, independent retailers using the space. In addition, the project calls for bars, restaurants and a revamped auditorium for entertainment. The developer said he felt it was important for Seneca Tower to have a direct connection to Buffalo's inner harbor and Canalside.

You can hear more from the developer in the attached clip.