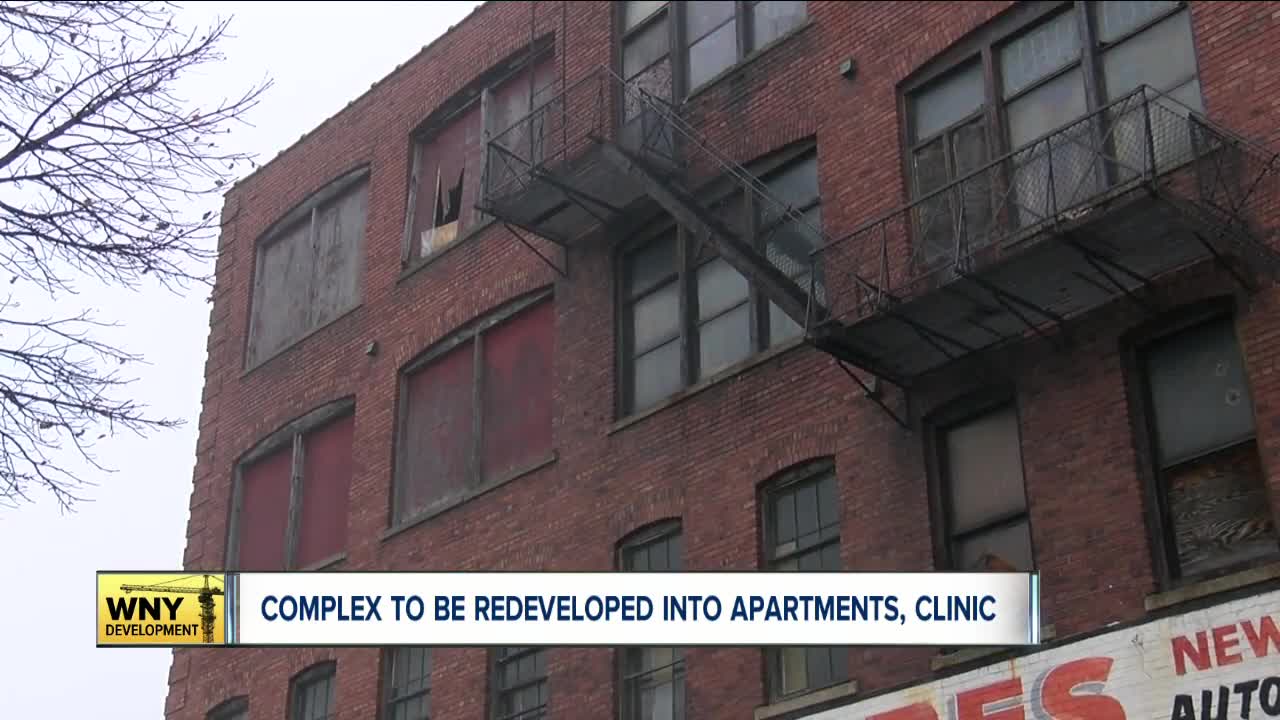 Regan Development just purchased the building at 19 Doat Street, and a partnership between three groups means the building is going to be redeveloped into 74 affordable housing units and a health clinic for those in the neighborhood.

BUFFALO, N.Y. (WKBW) — Regan Development just purchased the building at 19 Doat Street, and is going to be redeveloped into 74 affordable housing units and a health clinic for those in the neighborhood.

The development company has partnered with health provider Jericho Road and the Matt Urban Center.

A new 6,000 square foot stand-alone building will be constructed along side the original building for Jericho Road, while the apartments and some office space will be used by the Matt Urban Center to house women and children who are escaping domestic abuse.

"The access to quality medical services is phenomenal because often times these women won't seek treatment or won't get treatment," said Marlies Wesolowski, Executive Director for the Matt Urban Center. "But having treatment next door I think will aid in getting the women the treatment they need."

"To put all those uses together sort of synergizes the community redevelopment goals of the project," said Larry Regan, President of Regan Development. "And that's why we chose this location because there really hasn't been a lot of redevelopment in this particular neighborhood of Buffalo."

In the early 1900s, the building housed the Monarch Knitting Company Factory. It was then owned by two other industrial companies, and is now on the national register of historic places.

This development effort would be Regan Development's third project in Buffalo. It previously converted the building at 885 Niagara Street into affordable housing units.

It also converted the Packard Building at 1325 Main Street into affordable housing.

Work on remediation has already begun on this almost $34 million project.