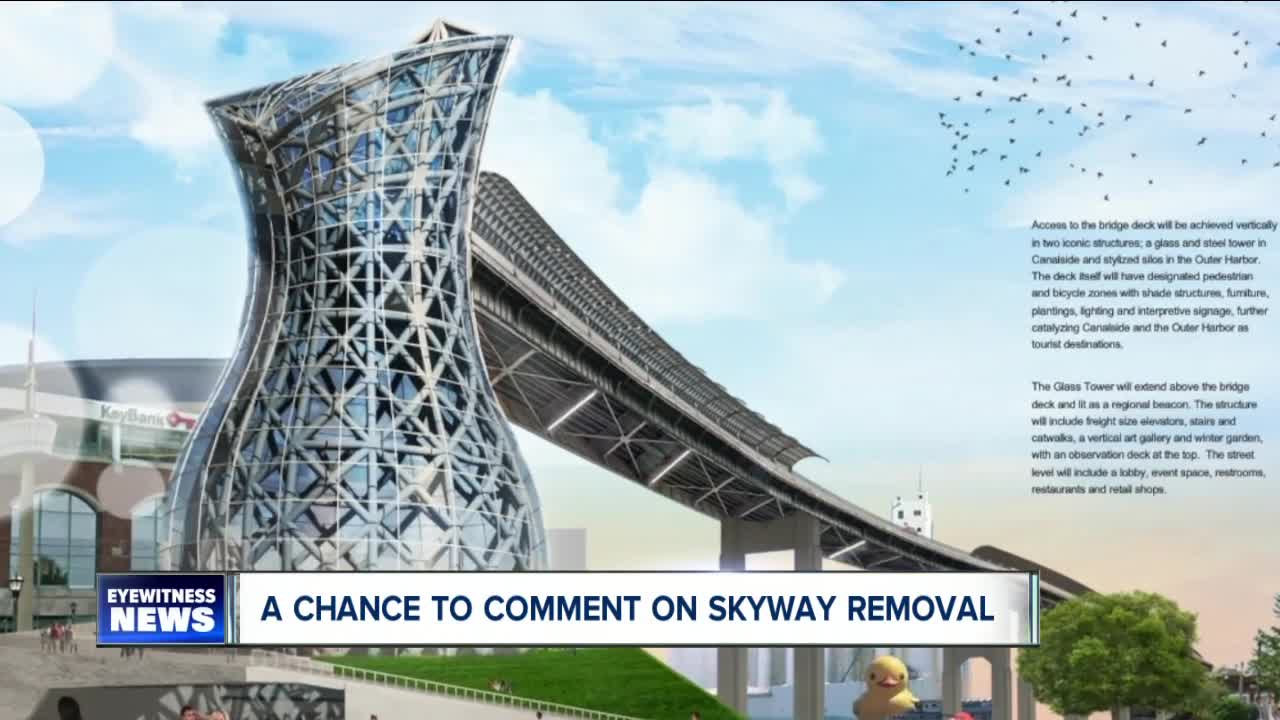 Should Buffalo Skyway stay or go?

BUFFALO, N.Y. (WKBW) — In September 2019, Governor Andrew Cuomo announced the winning proposal in the Skyway Corridor Competition. It came from a Rochester group and is called "City of Lights: Re-View our Waterfront."

The public will have a chance to learn more about the proposal and offer feedback during two Scoping Meetings today (January 28) being held by the NYS Department of Transportation (NYSDOT) and the Federal Highway Administration (FHWA).

Those meetings are taking place in the Gateway Building, 3556 Lake Shore Road, Blasdell (the former Bethlehem Steel corporate offices) from 1 to 4 p.m. and 5 to 8 p.m.

For those who cannot make the sessions, comments can still be submitted to buffalo.skyway@dot.ny.gov, or by U.S. mail to Buffalo Skyway Project Team, NYSDOT Region 5, 100 Seneca Street, Buffalo, NY 14203.

People attending the meetings will also have a chance to review options for traffic flow assuming the Skyway is no longer in use from Church Street to Tift Street. Among the options being considered; improving city streets and better synchronizing traffic signals; extending Tift Street to the I-190 by using railroad property; or constructing a highway connector between Tift Street and the I-190.

CITY OF LIGHTS: RE-VIEW OUR WATERFRONT

The plan was submitted by SWBR, Fisher Associates and MRB Group from Rochester and is supposed to "remove barriers separating the City of Buffalo from its waterfront."

Key parts to the plan include:

The project will cost close to $600 million but is expected to create 2,437 jobs and have a fiscal benefit over 20 years of more than $928 million (according to the plans submitted by the Rochester group).

New York State has committed $10 million for an environmental impact study with hopes that a combination of state and federal money will pay for construction.

When announced, Governor Coumo said the project will use an expedited Environmental Impact Statement with the entire project completed in under five years, which would be four years faster than typically seen in projects of this type.

The Buffalo Skyway was completed in the 1950's and carries and estimated 40,000 trips per day of commuter traffic.