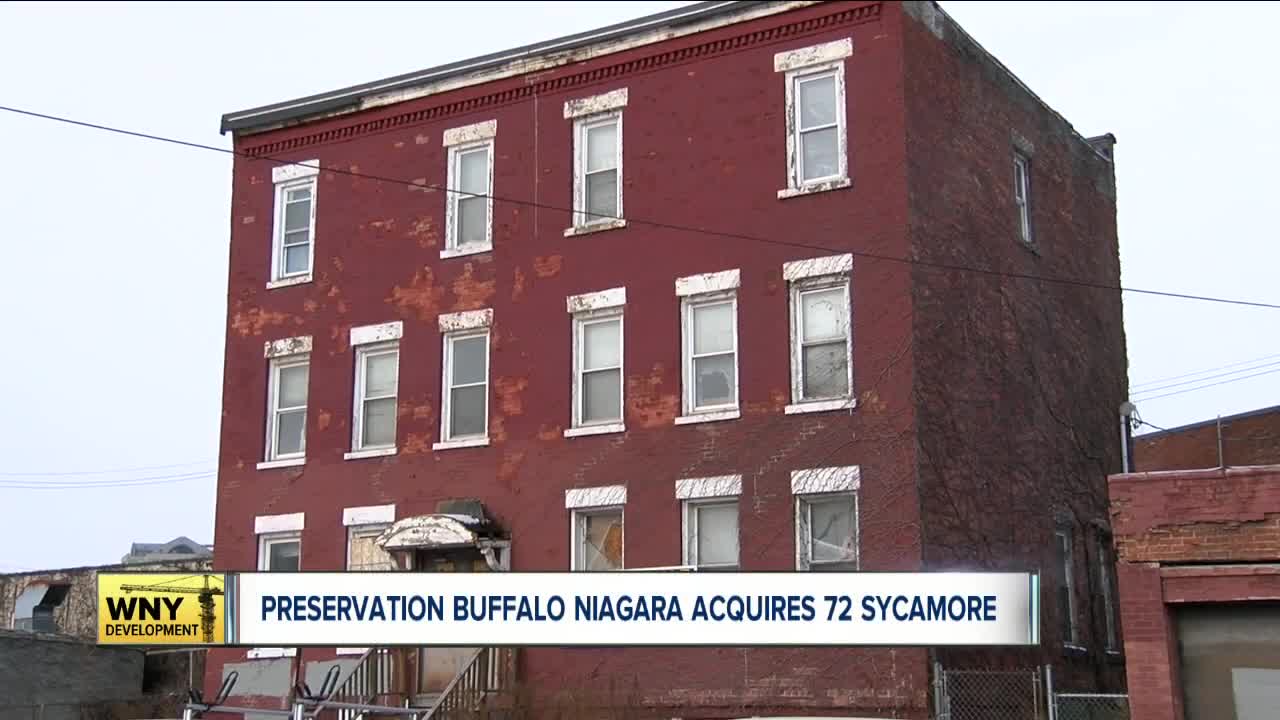 PBN intends to rehabilitate the building into three units of affordable housing, office space and a resource center for PBN.

BUFFALO, N.Y. (WKBW) — Preservation Buffalo Niagara has acquired a pre-Civil War building at 72 Sycamore Street Thursday morning, with plans to fix it up and turn it into a mixed-use building.

PBN worked to get funding and get the structure on the state registry of historic landmarks before it could be demolished. It was saved by local developer Rocco Termini, who bought the building and gave PBN the opportunity to revive it. Termini donated the property to them and gave them the deed to the building.

The building was constructed around 1848 and was used as a boarding house.

PBN intends to rehabilitate the building into three units of affordable housing, office space for the non-profit Heart of the City Neighborhoods, and a Preservation Resource Center space for PBN.

"We should not be losing buildings from 1847, 1848. We have so few of them," said Jessie Fisher, Executive Director of Preservation Buffalo Niagara.

"We have been working for about two years to get this project going and we finally have all the pieces together," said Termini.

The Eliza Quirk Boarding House - named after its original owner and designer - is located on the edge of downtown and the East Side of Buffalo.

"What we're doing here is really trying to protect this important piece of Buffalo's fabric," said Fisher. "And do it in a way that honors its history, and that honors the future growth of Buffalo."

PBN will work on securing additional funding through the winter and spring, with the hope of having the building fully renovated and occupied by 2021.