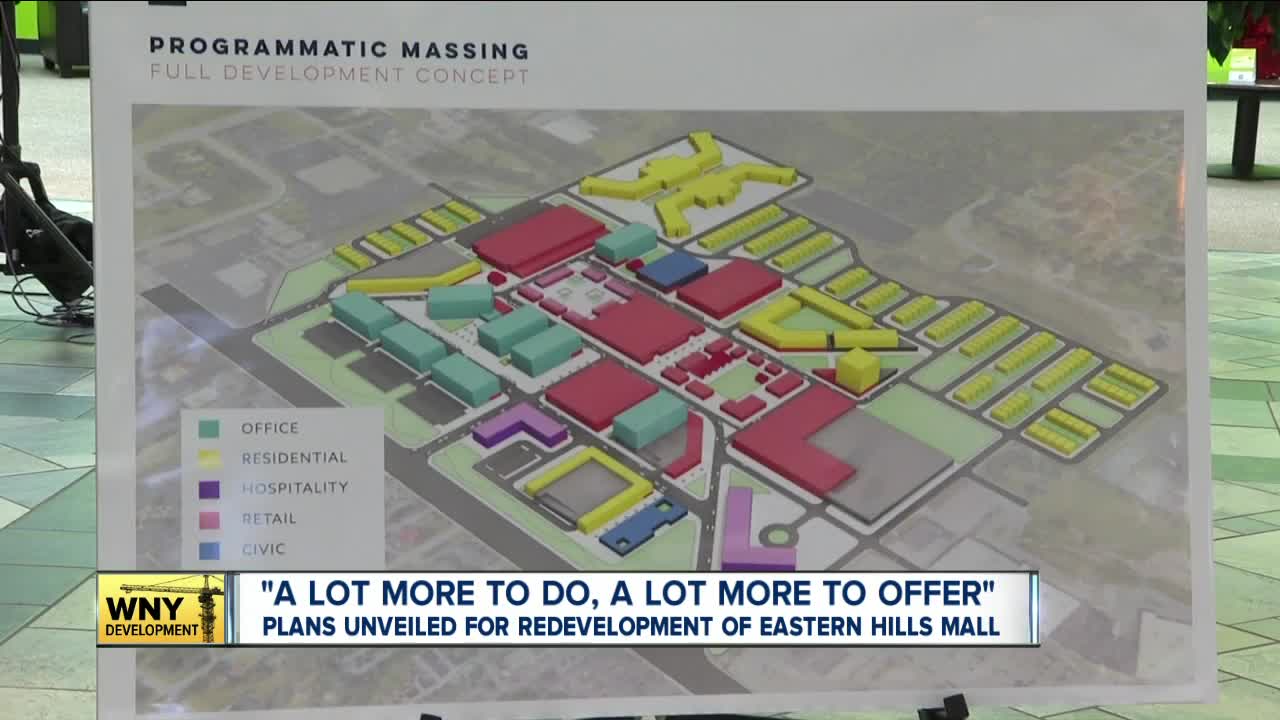 The Eastern Hills Mall in Clarence could look completely different years time. Developers with Uniland have revealed their plans to transform empty parking lots and store fronts into a happening place Tuesday night. 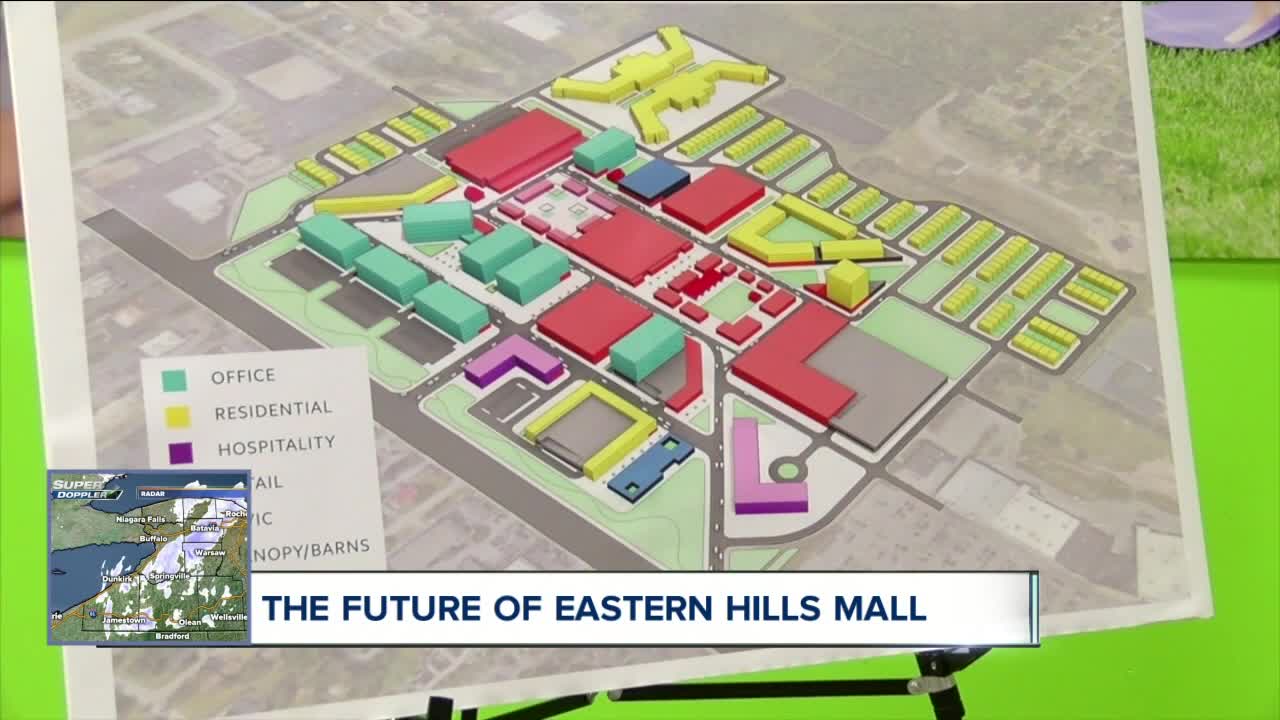 CLARENCE, N.Y. (WKBW) — The Eastern Hills Mall in Clarence soon could be known as the Eastern Hills Town Center. It's a 25-year plan involving mixed-use redevelopment of 100 acres as a 3 million square feet project.

"Some people say Buffalo and the area has seen it's best days, we think those best days are ahead," Marc Bruffett, Principal with Gensler, said.

Uniland Vice President Carl Montante, Jr. added: "This type of project exists in many other cities around the country, but to this scale, it does not exist in Western New York.

"I think it's going to be unlike anything else in Buffalo," said Greg Duell, the manager of Duff's Famous Wings at the Eastern Hills Mall.

"There's actually nothing like it in all of Western New York. We do expect to draw people from Canada as well. We do see this as a tourism destination because it doesn't exist anywhere," Jill Pawlik, Marking Director for Uniland Development Company, said.

The focus is to keep the town center local.

"This is not as simple as a renovated mall. This really is sort of an expansion of what it means to be a part of a community, especially right here in the Town of Clarence," Bruffett said.

"We want local retailers, local business owners. We want people to be able to expand at our location, maybe they have another location right now," Pawlik said.

Duff's Famous Wings will be one of those local staples.

"It sounds like a can't miss opportunity," said Duell.

Developers estimated this whole project could cost roughly $300 million. It involves tearing down a portion of the Eastern Hills Mall.

"We do envision deconstructing parts of this mall. We want to save as much as we can. In some cases, it just doesn't make sense for our plan," said Pawlik.

The team behind this plan hopes the Town of Clarence can approve this project in 2020. In 2021, the team hopes shovels will be in the ground.