More changes to Canalside, Buffalo waterfront on the way

New York State is set to spend $24 million on development projects in and around Buffalo's waterfront.

New York State is set to spend $24 million on development projects in and around Buffalo's waterfront.

The money will be split between three new projects:

"The success of Buffalo's waterfront is evident year-round, with hundreds of thousands of visitors experiencing Canalside and enjoying local restaurants and businesses in the surrounding area," Governor Andrew Cuomo said in a statement. "These new projects will leverage Buffalo's natural beauty, tap into the rich culture and history the regional has to offer, and expand opportunities for residents and visitors to access the Historic Erie Canal for generations to come."

The current space, just north of Canalside's ice rink/paddle boat area, has remained unused since the Memorial Auditorium was demolished. The $10 million in state funds will create 150 underground parking spaces and develop the area into a walkable street scape. The hope is to spark the restoration of a strong "waterfront neighborhood" that will attract private investment.

"What's significant there is we're creating a neighborhood and restoring much of the historic fabric of that neighborhood," Howard Zemsky, Commissioner of Empire State Development, said.

"That will help transform Canalside into what it's already become: great public destination, but also a catalyst for private sector investment," Congressman Brian Higgins said.

Construction on the project is expected to start in 2019 and last around 18 months.

Thirteen locations along Buffalo's waterfront have been selected as sites for the "Buffalo Blueway". Buffalo Niagara Waterkeeper spearheaded the project, which is meant to expand access to Buffalo's waterway. The public will be able to use these locations to launch kayaks and go fishing, among other waterfront activities.

New York State is spending $10 million toward the project, which is estimated to cost around $20 million.

You can see a map of the designated locations below: 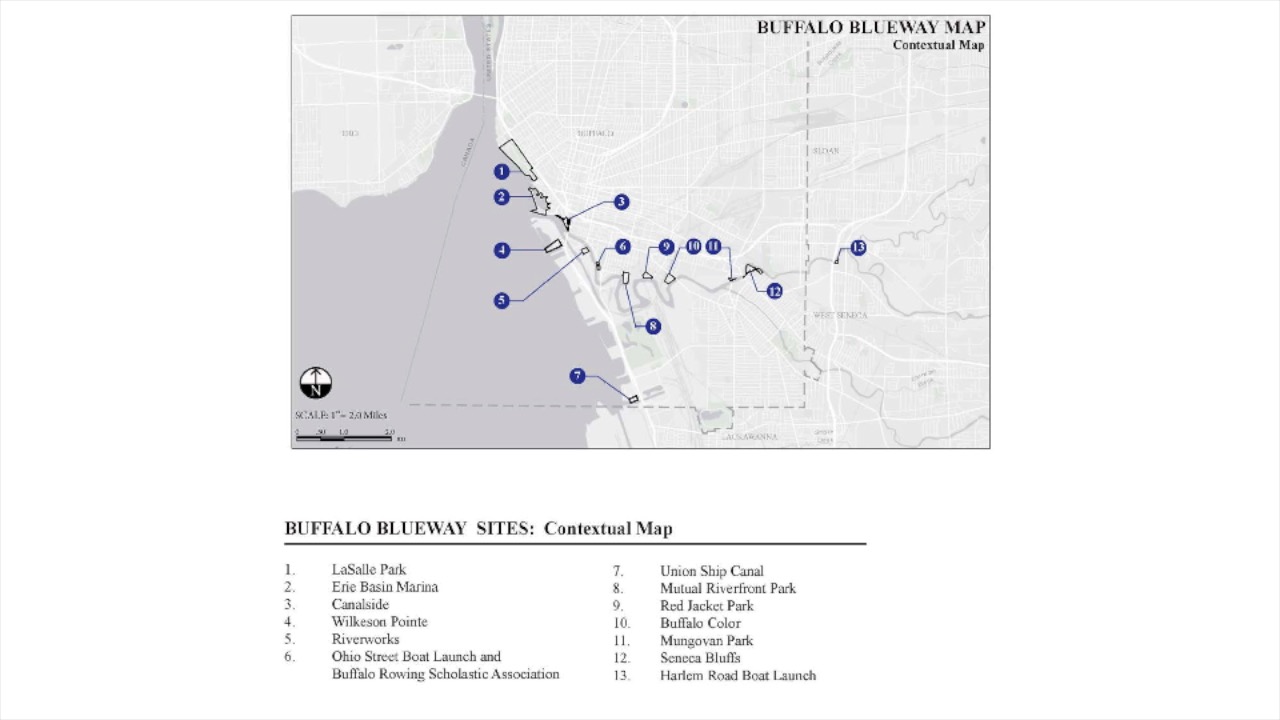 A traditional Longshed will be built at Canalside, on the dock corner of Prime and Lloyd just across from Liberty Hound. Initially, it will serve as home to a packet boat. The Buffalo Maritime Center is building the packet boat and modeling it after the same ship former Governor Dewitt Clinton used to travel the Erie Canal in 1825.

After the packet boat is built, the Longshed will serve as an indoor facility for Canalside that can be used year-round.