J.P. Bullfeathers, 27 new apartments, and 3 new retail spaces coming to the heart of the Elmwood Village 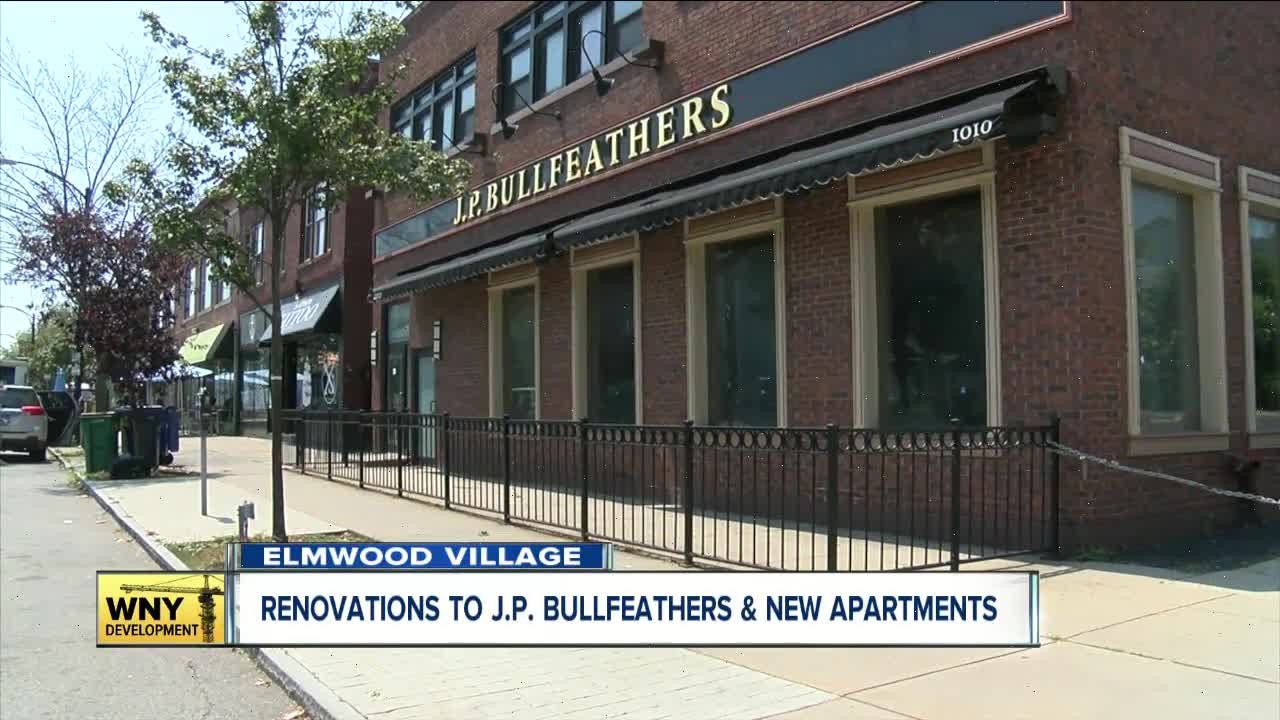 The corner of Elmwood and Bidwell could be gaining a new apartment complex and the return of an iconic restaurant. 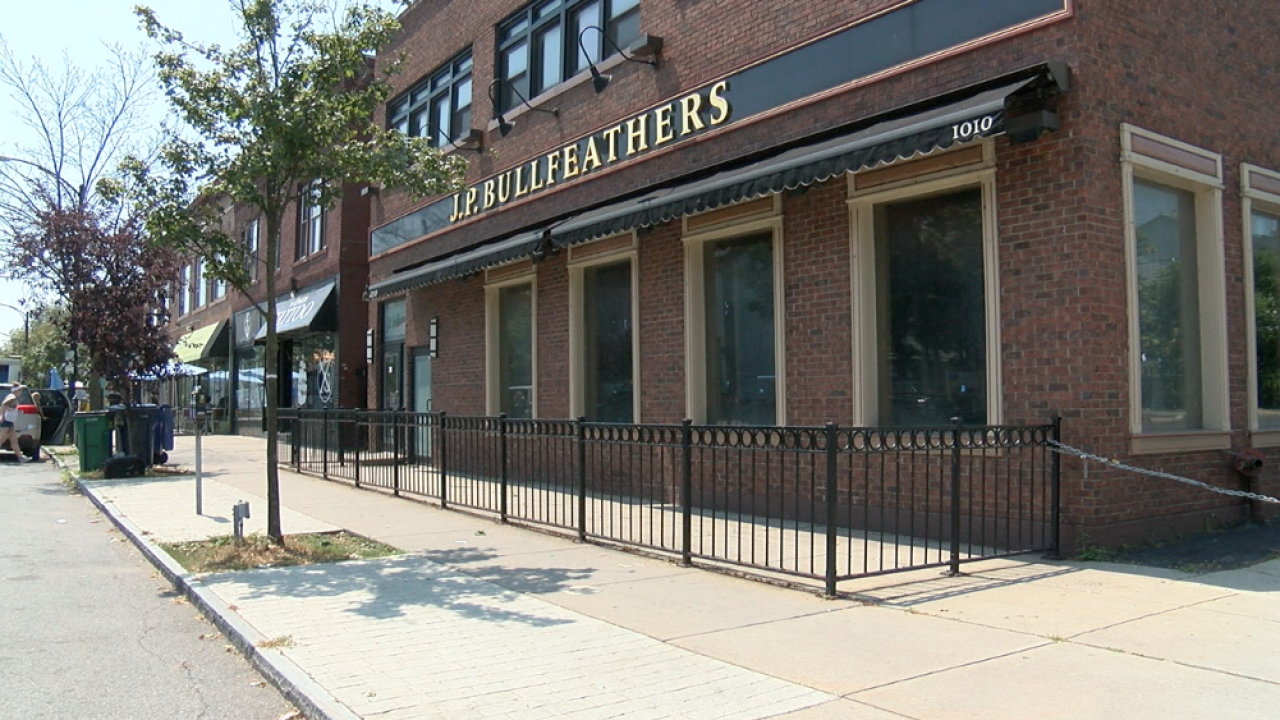 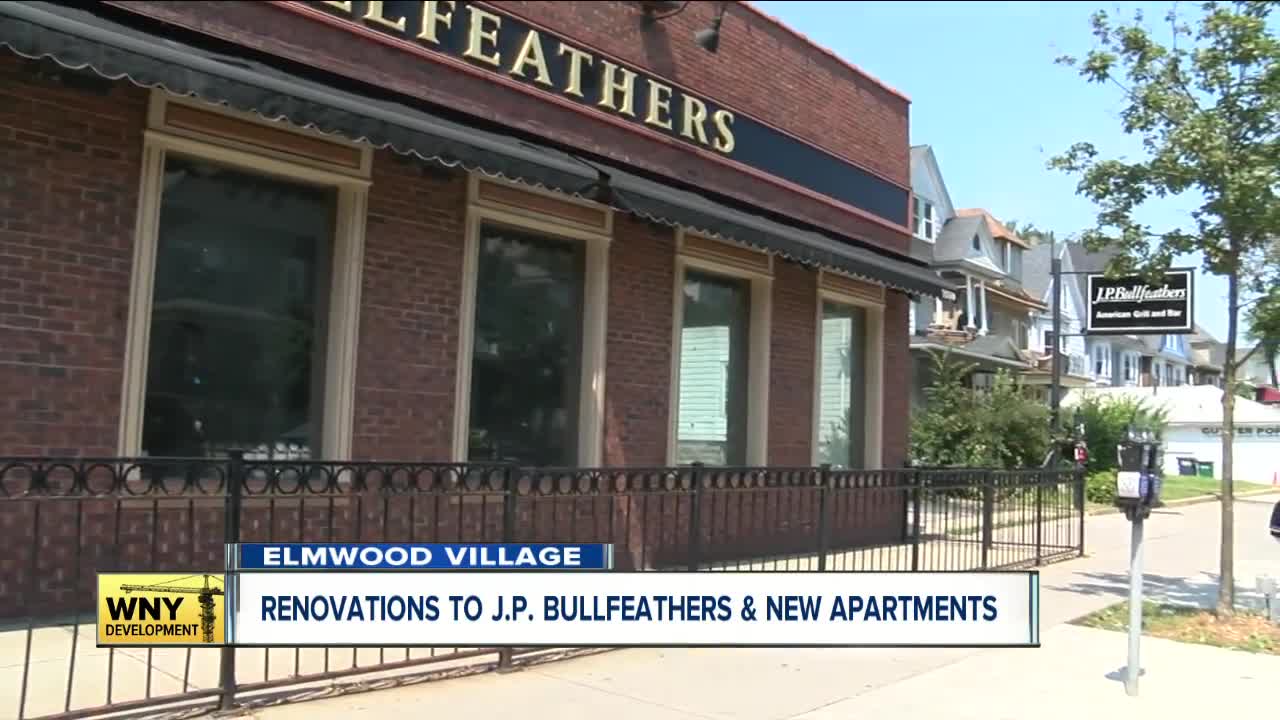 BUFFALO, N.Y. (WKBW) — The corner of Elmwood and Bidwell could be gaining a new apartment complex and the return of an iconic restaurant.

For four years, the iconic Elmwood Village restaurant J.P. Bullfeathers has been vacant. Ciminelli Real Estate Corporation owned the property and in 2017, had plans to create a $40 million mixed-use development on the corner of Bidwell and Elmwood called "Arbor" and "Reverie". Plans fell through after neighbors raised several concerns about the size of the project and the impact it would have on the community.

Fast forward to now and Ciminelli Real Estate Corporation sold the Seven Seas Tattoo building, the J.P. Bullfeathers building and three houses right next to the restaurant to Whitesand LLC. Their plan is to keep Seven Seas Tattoo as is, bring back J.P. Bullfeathers restaurant and bar, and tear down the three houses to create a 27 unit apartment complex with three spaces for retail shops.

"We really like the neighborhood and feel like it has a lot of potential," Donald White, Developer for Whitesands Family LP said.

The sale will officially close in September. In the meantime, White says his team has tried to perfect the design of the new development so they can start the $8 million dollar project as early as Spring 2020.

White has held six different meetings with the Elmwood Village Community to hear the concerns and hear opinions on the design. The major concerns neighbors have is the size of the building. White says neighbors do not want a massive building that takes away from the aesthetic of the street. White says they changed the design to create two smaller buildings and wants imput from neighbors on the colors and materials to use for the buildings.

The other major concern, White says, is parking. Neighbors say they do not want the new space taking up the already limited on-street parking. White says this new complex will have one space per apartment, plus secure bike parking. White adds there will be three spots in the Bullfeathers lot for customers of the new retail space.

White says neighbors are excited to have the restaurant back and new retail on the strip. He says he has suggestions to add a deli, bagel shop and flower shop.

The developers are taking suggestions, if you would like to voice your opinion on which retail shop you would like to see in the area you can email 1020Elmwood@gmail.com or attend a community meeting Wednesday night at 5:30pm at the Seven Seas Tattoo store front.

The Developers plan to go to the planning board in September.