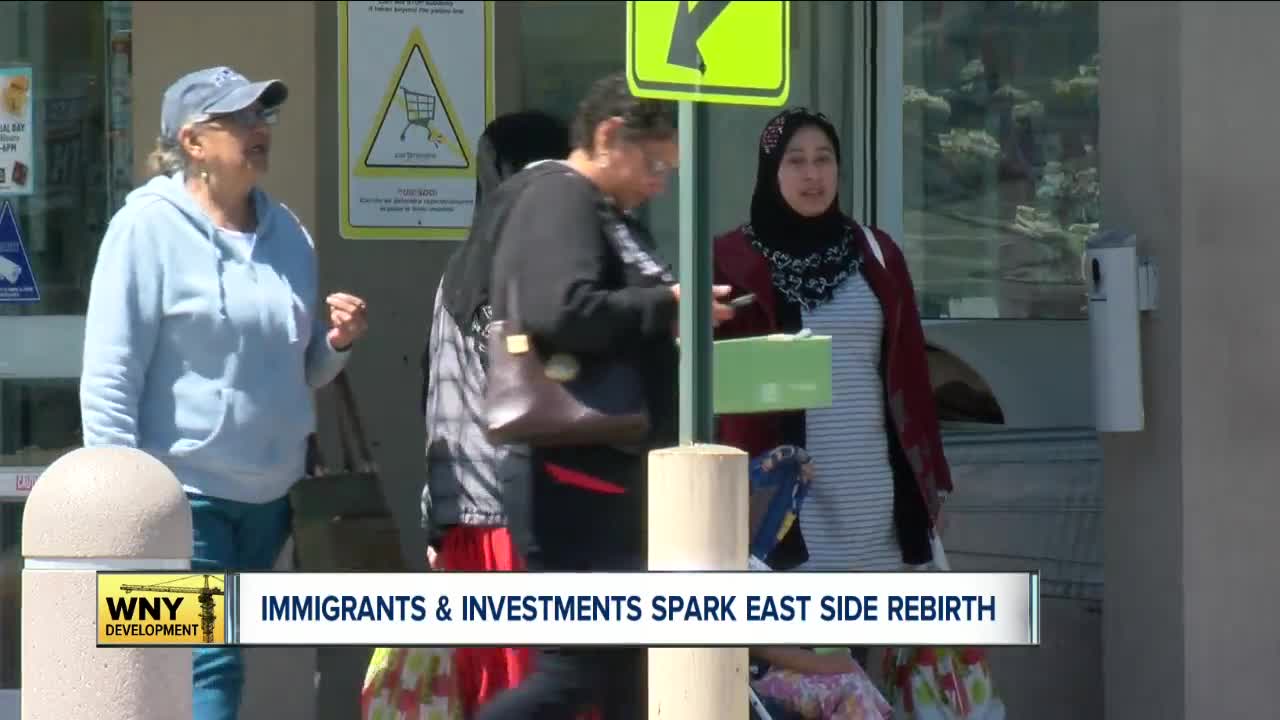 BUFFALO. N.Y. (WKBW) — Two weeks ago, Buffalo's Broadway-Fillmore neighborhood was jammed with people who came to do Easter shopping at the Broadway Market and take part in Dyngus Day festivities.

Estimates of more than 250,000 people were thought to have visited this part of Buffalo during the Easter season.

Things are quieter now but there are still many signs of hope for the once thriving neighborhood.

The abundance of affordable homes and property is attracting a large number of immigrants and refugees from all over.

Several new businesses have opened to accommodate the needs of the growing community.

New York State is investing millions to enhance the quality of life and make Broadway-Fillmore a popular year-round destination once again.

$4 million has been promised by NYS Governor Andrew Cuomo to improve the Broadway Market.

7 Eyewitness New Reporter Ed Reilly spent the day talking to people about the changes taking place in Broadway-Fillmore. You can hear more in the attached report.