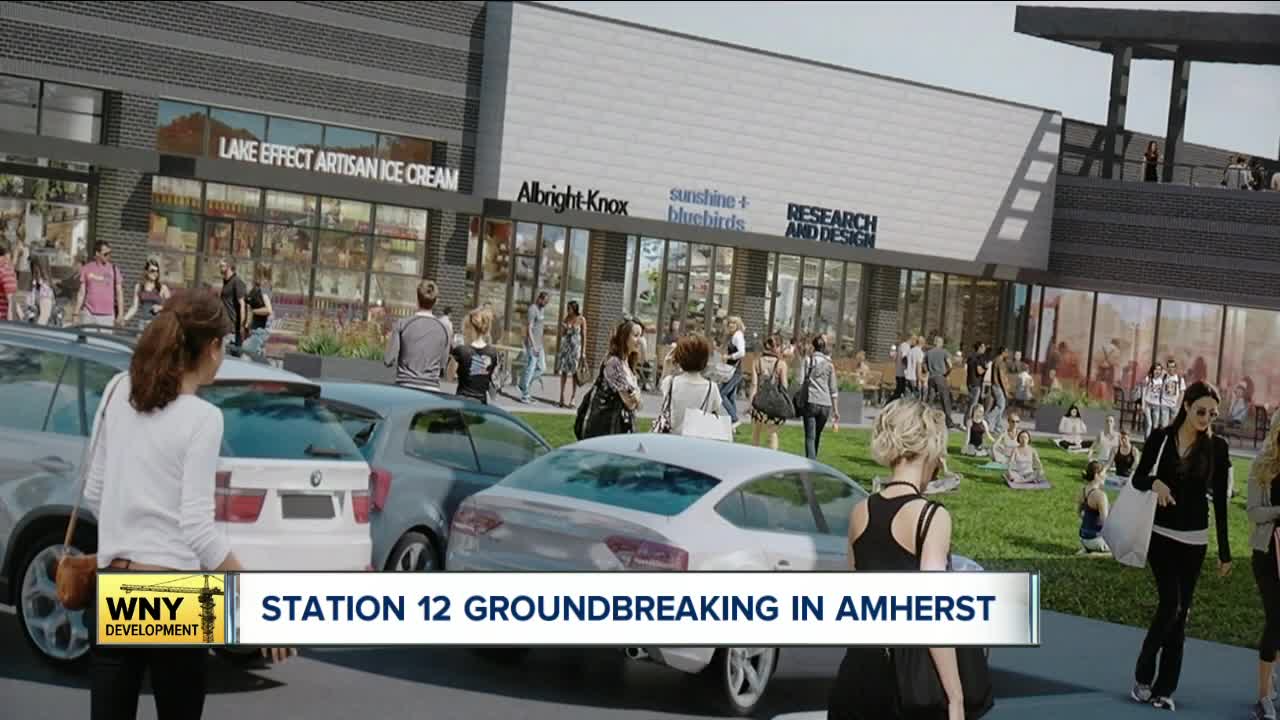 AMHERST, N.Y. (WKBW) — The internet has greatly changed the way we buy things making it easy to purchase items with just a couple clicks of a mouse button or using a a cell phone.

However, the "click-n-buy" approach to shopping is not satisfying for everyone, said Cassie Brooks, age 20. "I don't like online shopping," explained Brooks who said she enjoys the social aspect of shopping with her friends.

She is not alone.

However, large malls have lost their appeal and fail to attract enough customers to stay viable, in part, because customers want quicker in-and-out options.

WS Development from Massachusetts is hoping to change the local shopping experience with a new project called "Station Twelve" in Amherst.

The company broke-ground for the open-air, lifestyle center which is being constructed on the site of the former Northtown Plaza (next to Whole Foods.)

When done in fall 2020, Station Twelve will feature several high-end stores that are coming to Buffalo for the first time, including L.L. Bean, The Pottery Barn, West Elm, and an un-named new tenant that is "part co-working, part event space, and part club," said Brian Sciera from WS Development.

In addition to the new stores, Station Twelve will feature a green space and entertainment component in hopes of attracting customers of all ages.

Sciera said that will allow for free yoga classes, "yappy hour" where dogs are allowed, and special events done in conjunction with the Albright-Knox Art Gallery.

Station Twelve comes at a time when the Boulevard Mall, with new owners, is seeking a way to reinvent itself.

Will Station Twelve help or hurt the Boulevard Mall situation? "I think they will compliment each other, at least, that is the hope," said Jacqui Berger from the Amherst Town Board.