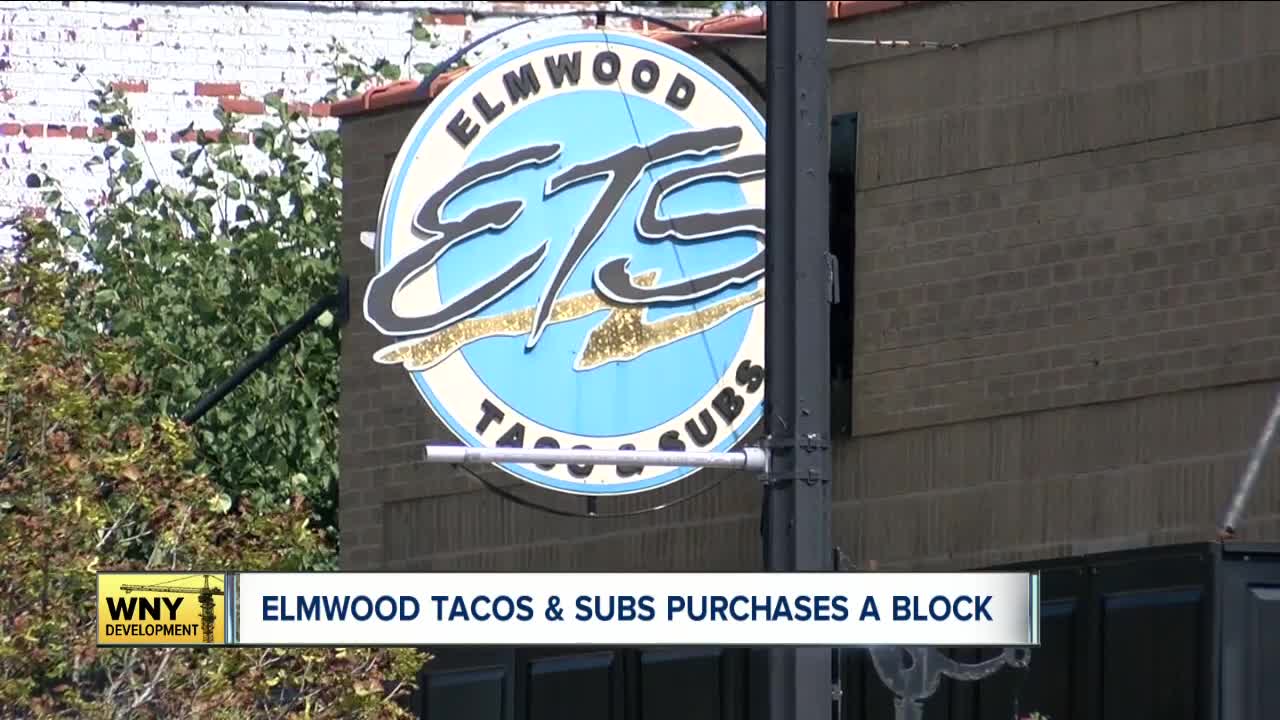 BUFFALO, N.Y. (WKBW) — Elmwood Tacos and Subs now own the majority of the block between Bidwell and West Delavan.

The family owned and operated business actually used to be located right on the corner where Evans bank is.

"My father started in 1975, and then moved to this location in 2010," said Michael Lucchino, Manager of Operations.

Lucchino said they've been buying parcels of land over the past 43 years. The purchase was official as of Wednesday, and it includes the parking lot.

And when people heard about the purchase, Lucchino said some of them were a little concerned.

He said there are no plans to change anything in the area at this time. But the advantage of being the landowner means they can add a mixed-use building in the area if they'd like.

The parcel they bought is 933 Elmwood, the missing piece of the puzzle that they've yet to own.

"We're going to do a community outreach project and see what the community would like in this area," said Lucchino.