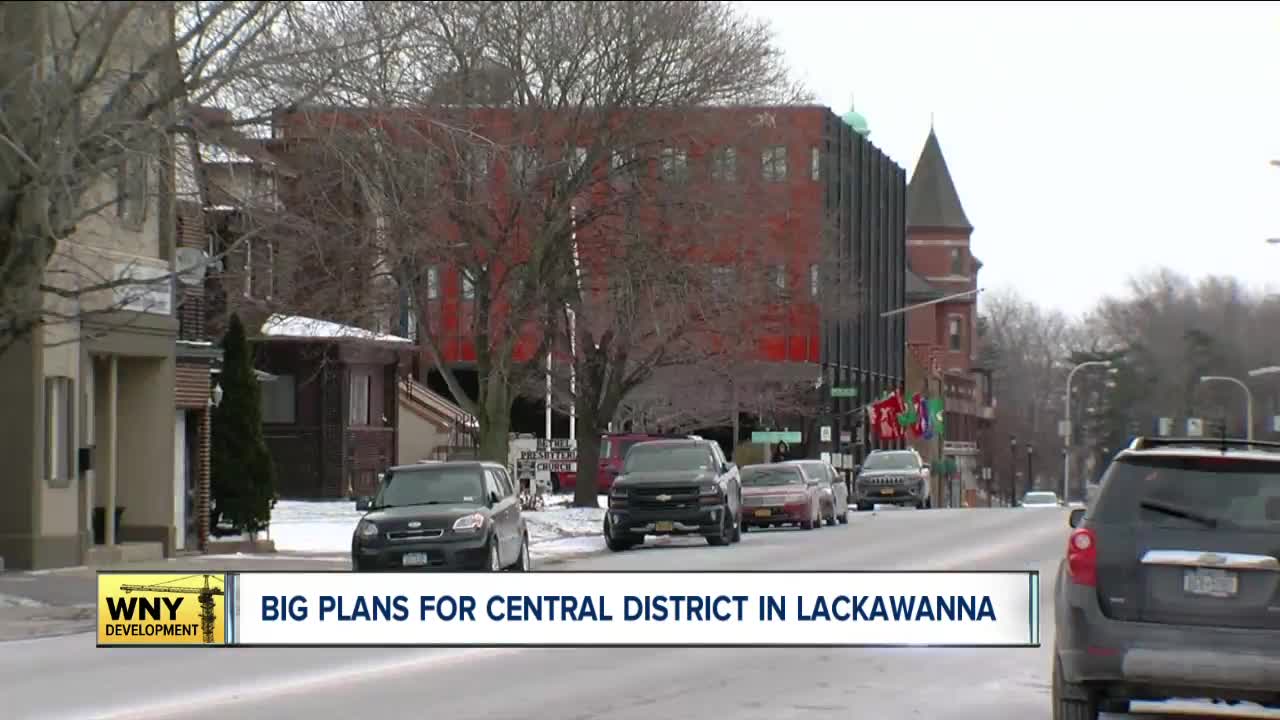 LACKAWANNA, N.Y. (WKBW) — Inspired by the renaissance taking place in Buffalo, leaders in Lackawanna are now hoping two projects will spur the same sort of thing in the 'Steel City.'

Szymanski is ending his 8-year term because of term limits, but felt his administration has laid the groundwork for a major revitalization of Ridge Road from South Park Avenue to the new bridge situated further west on Ridge Road.

"All of a sudden we start polishing up our street and things start happening," added Szymanski.

Thanks to $2.25 million grant from New York State, work will begin in summer 2020 to transform the central district into a more pedestrian friendly area.

"We'll have things like bikes and cars sharing the roads. Easier pedestrian crossings at intersections. It will help people slow down and use the local businesses," added Richard Stanton, Director of Development for Lackawanna.

In addition to the Ridge Road project, Buffalo Botanical Gardens, in South Buffalo along the Lackawanna border, is moving ahead with its plan for a $18 million expansion that will include a butterfly conservatory.

"This year we expect to be somewhere around 140,000 visitors, which is a significant growth over the last 8 years. When this expansion is done, we anticipate, and conservatively, that our numbers will grow to well over 200,000. Part of the reason for that is people will come because it is new and different. The other part will be that people want to see the butterflies," explained David Swarts, President/CEO Buffalo Botanical Gardens.

Officials hope both projects will attract more tourists and visitors to the area, which also includes the popular Our Lady of Victory Basillica with its tomb of Father Nelson Baker (who local Catholics hope will someday be declared a saint by the Vatican).

Part of the Ridge Road redevelopment plan involves removing an orange wall at Lackawanna city hall so a pedestrian and handicap-friendly walkway can be constructed between the businesses on Ridge Road and the botanical gardens. Eventually, city hall will be completely taken down to open up the corridor for other opportunities.