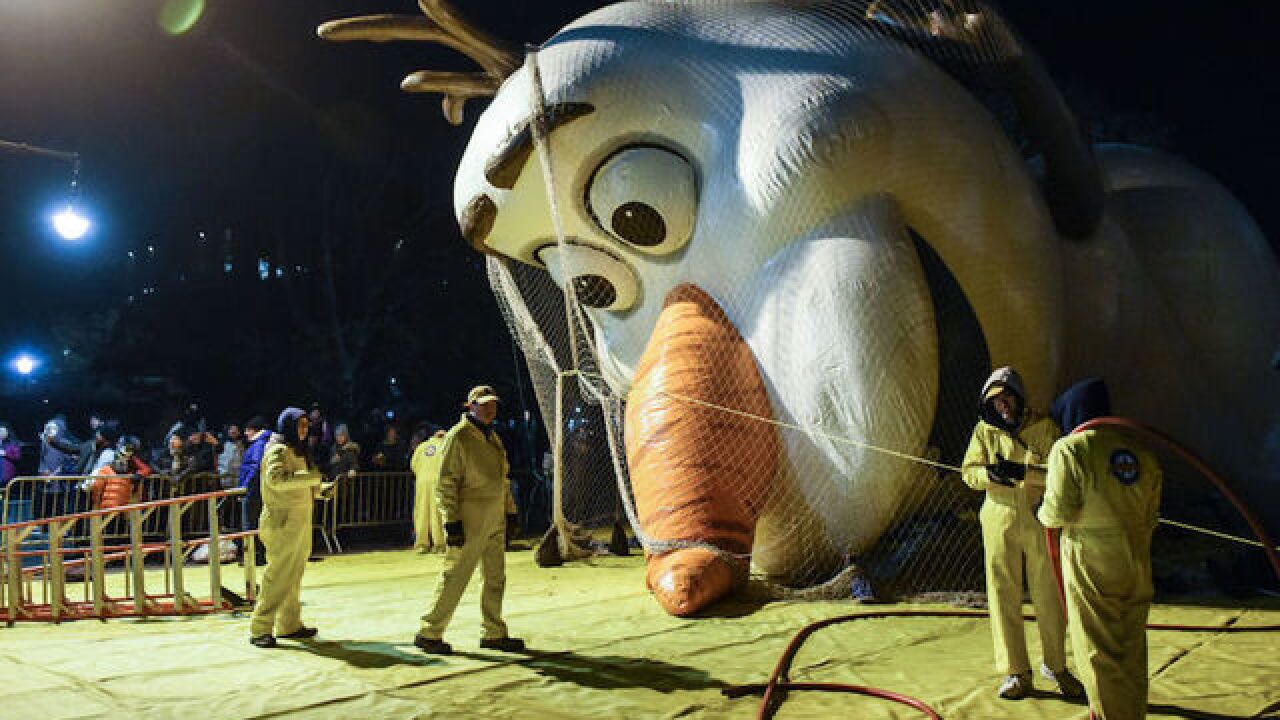 Image copyright 2018 Getty Images. All rights reserved. This material may not be published, broadcast, rewritten, or redistributed.
Stephanie Keith
The Olaf balloon lies face down after being inflated by the Macy's inflation team ahead of the Macy's Thanksgiving Day Parade on November 21, 2018 in New York City.

That’s going to be the question of the morning on Thursday for the giant balloons at the annual Macy’s Thanksgiving Day Parade.

Parade officials and New York City police are keeping an eye on wind gauges along the 2.5-mile (4-kilometer) parade route that snakes through Manhattan.

If wind speeds reach dangerous levels, the 16 helium balloons including Smokey Bear and Snoopy could be brought down to float at a lower level or taken out of the parade.

The National Weather Service is projecting sustained winds of up to 24 mph (39 kph) with gusts to 40 mph (64 kph) during the parade.