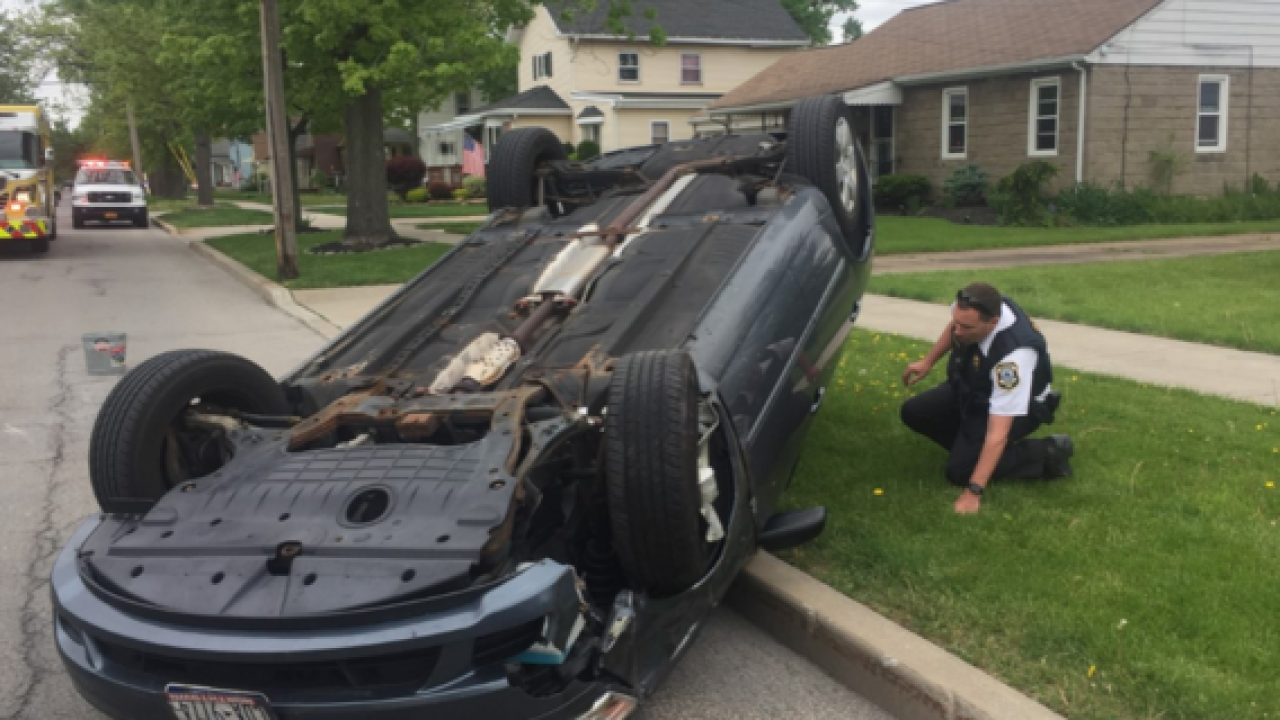 A Depew man was lucky to escape with only a few cuts after flipping his car in the City of Tonawanda on Friday.

Investigators say the driver, 67-year-old David Lytle, passed out, struck a parked S-U-V on Wheeler Street which rolled his car as a result.

Lytle was taken to DeGraff Hospital where police say he told investigators, "he doesn't remember what happened."

No one else was in the car at the time.