Why are fireworks being sold in Erie County?

Why are fireworks being sold in Erie County?

Walk into any Walmart, Target or BJ's in Erie County, and chances are, you'll see something like this. 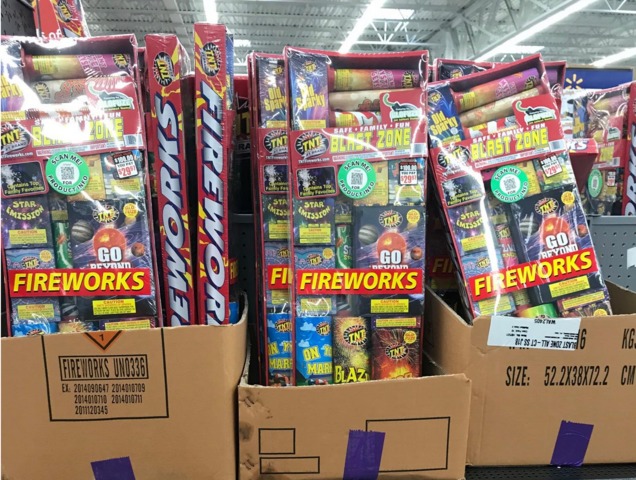 Yes, those are fireworks on sale.

We've been getting calls and emails from viewers wanting to know why this is the case, when for years, these items have been illegal in New York.

That led us to do some digging.  It turns out, the law concerning fireworks or "Sparkling Devices" changed in 2018.

In the past, New York banned the sale of Sparkling Devices, and counties would have to opt in, in order to sell the items.  This year, the law changed and counties now have to opt out, meaning the devices are legal unless action is specifically taken to ban them.

"The state very quietly and unbeknownst to us up until a couple months ago, changed the law and made it so the sparklers are legal to sell and purchase and made it so counties would have to specifically ban them," Erie County Legislature Minority Leader Joseph Lorigo said.

According to Lorigo, the legislature has reached out to volunteer fire companies who have expressed concern over sparklers in the past. This year, however, there has not been any calls to initiate a ban, he said.

A Sparkling Device is defined as, "ground based or handheld devices that produce a shower of colored sparks and or a colored flame, audible crackling or whistling noise and smoke."

Assistant Chief James Speyer of Cheektowaga Police said the law makes sense considering how many people were using sparklers even when they were illegal.

"They're not considered fireworks," Assistant Chief Speyer said, explaining the difference between sparklers and the larger fireworks that shoot into the sky. "They're basically just a stick, a wooden dowel that gives off sparks, light and sometimes crackling."

Still, Assistant Chief Speyer warns people to be careful with sparklers. They are powerful enough to cause fires and he recommends no children use them without adult supervision and to have a bucket of water on hand to extinguish them.

According to the Office of Fire Prevention and Control, the sale and use of Sparkling Devices are prohibited in the following counties: Bronx, Columbia, Kings, Nassau, New York, Queens, Richmond, and Schenectady.