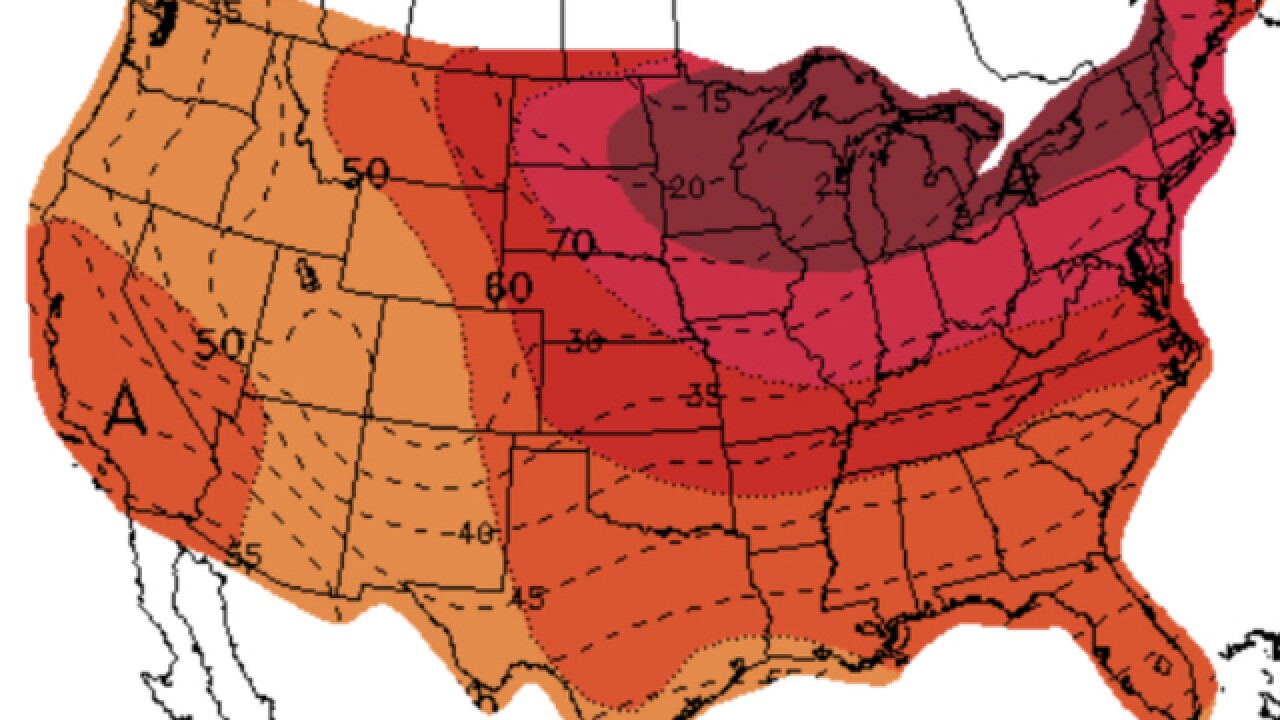 <p>Really warm air is expected to settle over the entire United States.</p>

The latest long-term forecast models are out, and it looks like December will continue the trend of near record warmth.

September, October and November saw near record warmth across the country.

That warm air doesn't appear to be going anywhere, either.

The entire United States is expected to see warmer than average temperatures for the first half of December. That's especially true around the Great Lakes.

By the end of the month, the warmer air will likely stick around across the Northern Plains and most of the eastern half of the country, but parts of the Southwest and the Southern Plains may begin to see a shift halfway through the month.

With milder air in place across most of the country this December, it could significantly decrease the chances of a white Christmas for most.