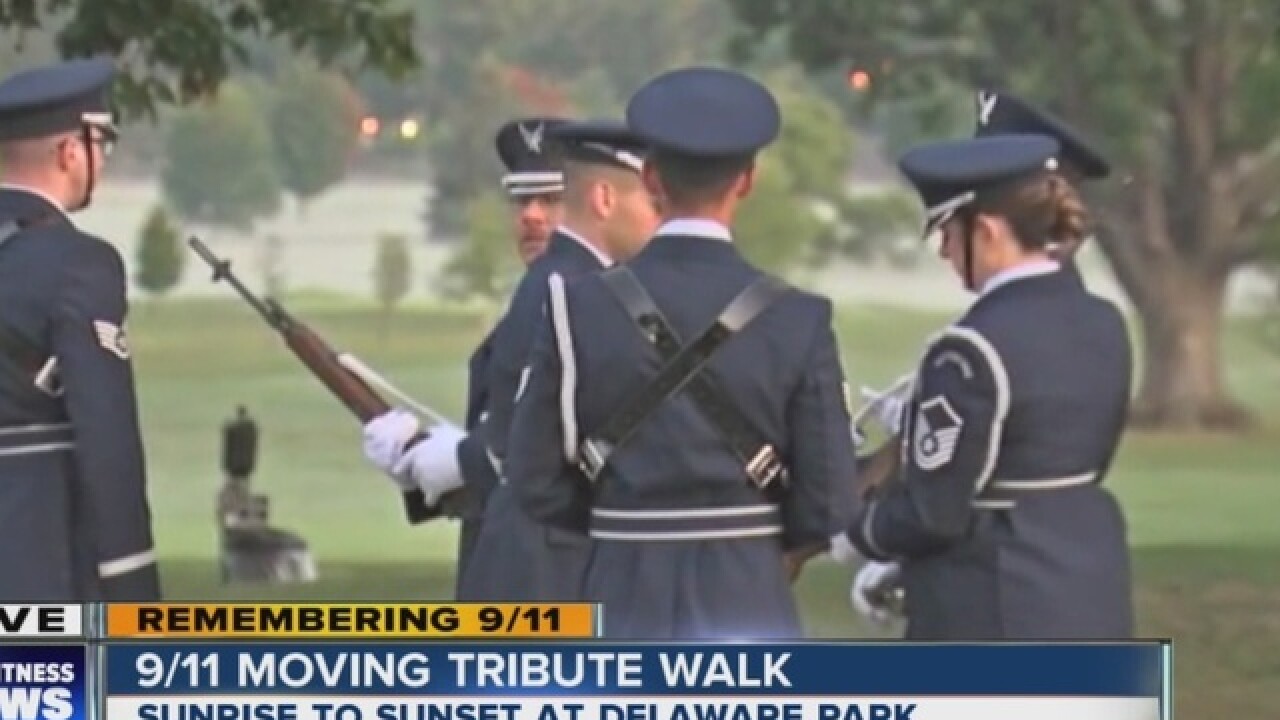 September 11th is a day that lives in infamy as one of the worst in our country's history.

It has also become a time in which communities come together to remember the lives lost.

Fourteen years after the worst terrorist attack in our nation's history, American flags can be seen throughout western New York to mark the day, much like the rest of the country.

The firs ceremony took place at 6:45 a.m. As the sun came up, the Air Force Niagara Falls Base Honor Guard played taps and performed a gun salute to remember the victims.

After the ceremony, began a moving tribute to the 9/11 victims and those who served in the wars afterwards.

During the tribute, which is put on by Team RWB, runners and walkers are circling Delaware Park. Many of those involved are carrying flags representing our country and the day that changed the U.S.

Walkers will be going around the park until about 7:35 p.m. The public is invited to come at any point between dawn and dusk. The event is centered at the entrance just off of Parkside and the Scajaquada.

The next ceremony began at 8:30 a.m at the Buffalo Naval Park, with bells ringing at 8:46 and 9:03, marking when American Airlines 11 and United 175 struck the Twin Towers.