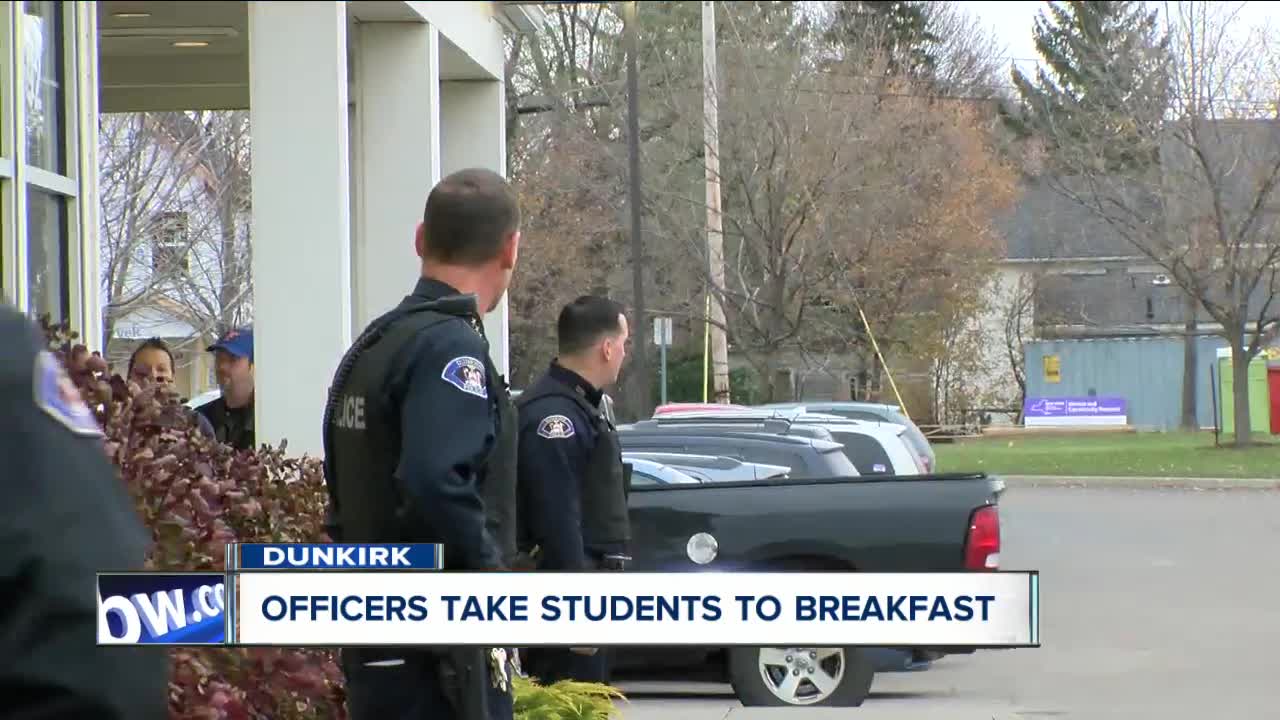 Kids getting picked up by cops for leading 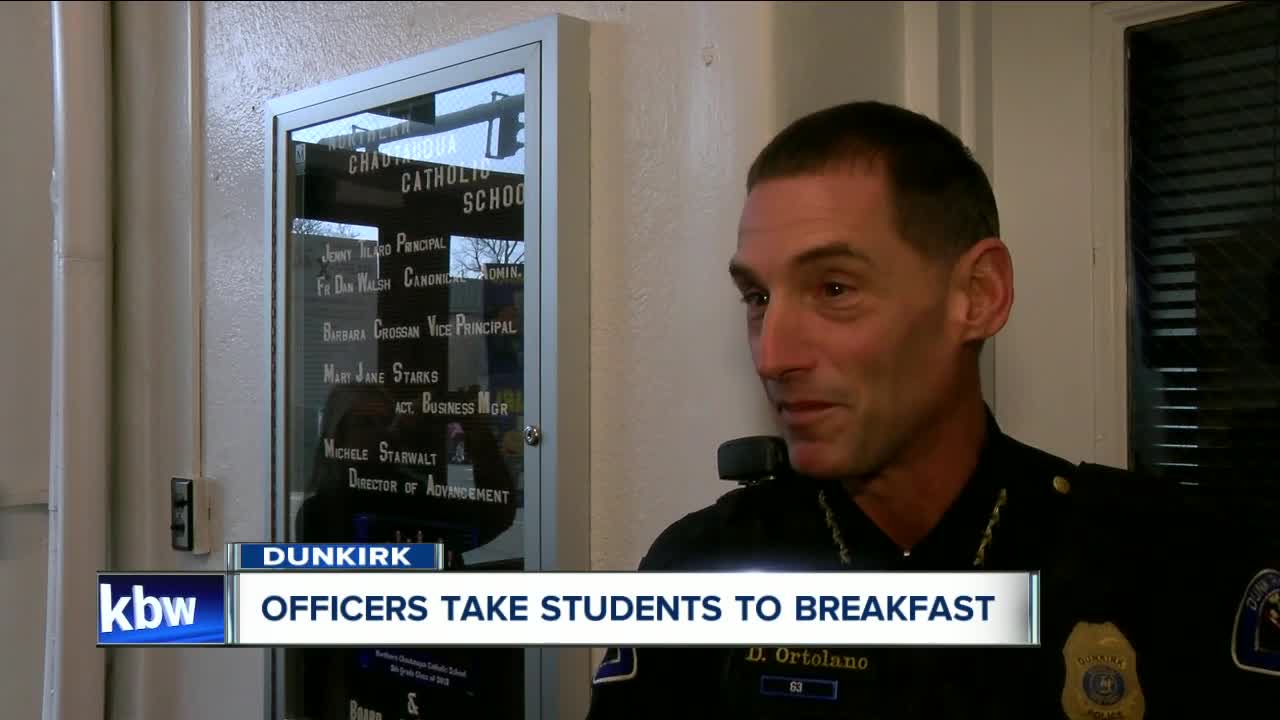 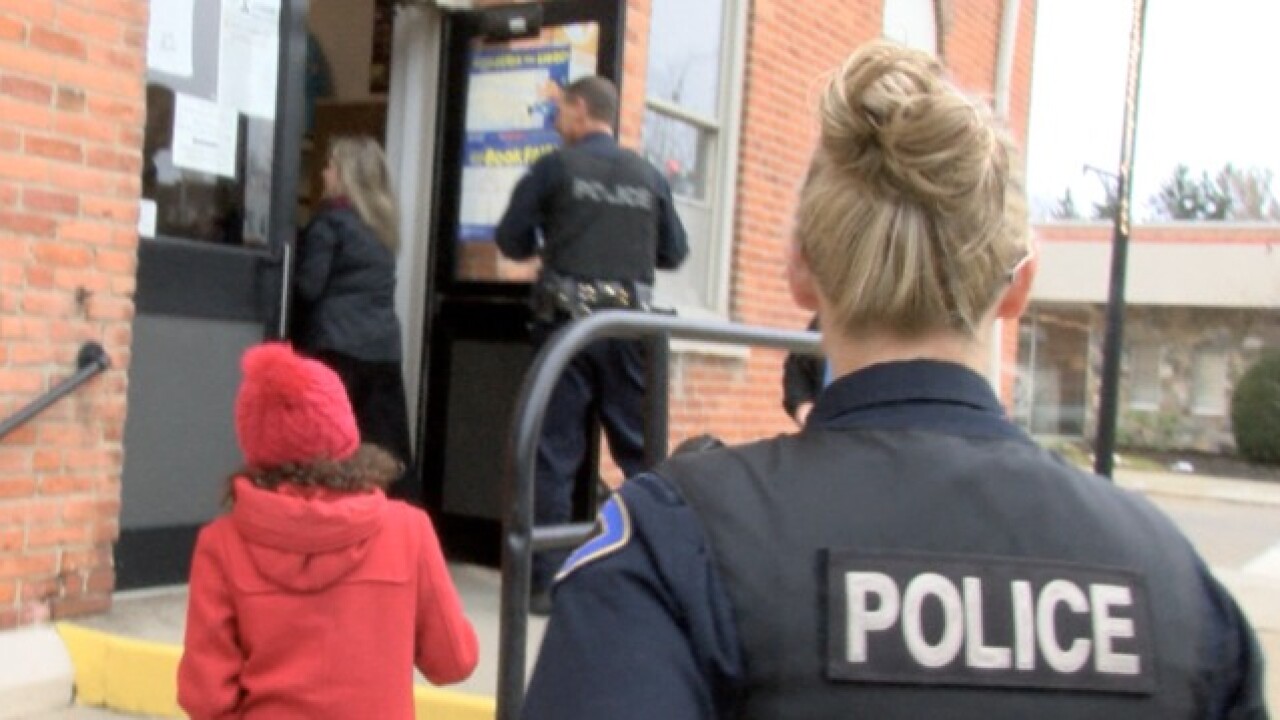 This all started with one officer on the midnight shift.

It was a time where he says there was a perception of law enforcement floating around in people’s minds.

“That was the whole time when police were on the news a lot for…bad things, bad things.”

Partolman Tom “Tommy” Rozumalski, who has three children of his own, says he used to see students walking to school each morning.

“It bugged me and I thought maybe there’s something we can do about it.”

So, he went to his Chief, David Ortolano, with an idea.

“‘Breakfast with a police officer’, but the guys around the station always call it ‘Timbits with Tommy’”, said Ortolano.

It started a few weeks later…officers, lieutenants, and detectives - many on their off-days - spent the morning picking up a child at one of Dunkirk’s 6 public and private schools for a morning spent at Tim Hortons.

Ortolano says that the program has done exceedingly well since starting this past spring semester.

“It kind of like rewards the kids and shows them that for them doing well, for them being good students, the community and the police department want to show them back that we are rewarding them for being good community members.”

Gina Kron, the owner of the Dunkirk Tim Hortons, said that when she was approached with the idea she couldn’t wait to take part.

“It’s just such a fantastic thing when you see these kids come in and they’re so excited. And its building that great relationship with the Dunkirk Police Department which is immeasurable.”

Students are nominated by their teachers then selected and picked up in a patrol car and head off with lights and sirens to their table service at Tim Hortons.

“Most of them are used to Tim Hortons and they know that’s not how [it works]. They have to stand in a long line, they have to place their order but we give them first class treatment when they’re here.”

For the officers, it’s a chance to shape how young minds view them in the community,

“I want them to know we’re okay, if you need us call us, we can talk to you, we’re normal people.”