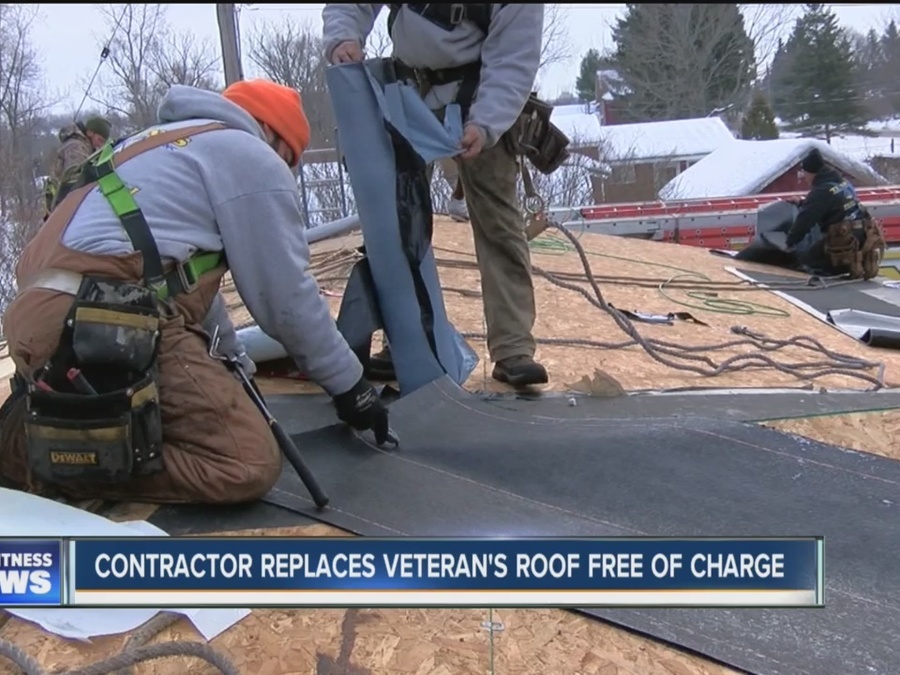 Gerry Ziolkowski desperately needed a new roof, but had no way to pay for it. He thought he'd lose the house until Titan's Remodeling came to the rescue. The Buffalo-based remodeling company installed a new roof for the Vietnam veteran free of char

"It kind of means everything," he said in November.  "I don't know what we'll lose if we don't.  We'll lose the house probably."

Ziolkowski took out a loan in 2014 to fix his roof.  But the job he expected to last two decades started to fall apart after just two years.  Water damage from an incorrectly installed roof caused his dining room ceiling to cave in.  Ziolkowski asked the contractor to fix it but says he refused.

Living with his wife on a fixed income, Ziolkowski couldn't afford to replace the roof again and had no where to turn.

But, after seeing Ziolkowski's story from 7Eyewitness News in November, Jason Parry wanted to help out.

Parry owns Titan's Remodeling in Buffalo.  His father, like Ziolkwoski, served in the military and Parry tries to support veterans any way he can.

"His story really touched us personally," Parry said.  "So we stepped in to see what we could do."

What Parry did was replace the entire roof free of charge.

"I just can't say in words how much this means to us," said Ziolkowski.  "It's still hard to fathom we're getting this help.  I just can't fathom it, but it is really wonderful.  It's just great to know there are people like this out there that will help like this."

Parry said he just wanted to provide the Ziolkowski's with some peace of mind during the holiday season.

"We just want to make sure we come in and do a good job," he said.  "And do it right so they can have a peaceful night's sleep and not worry about their ceiling collapsing anymore."

Allied Building Products is the supplier for Titan's Remodeling and when it heard what Parry had planned, the company helped out by donating half of the materials for the job.

Titan's Remodeling doesn't do interior work, but the Ziolkowski's say a different contractor has reached out offering to help patch the hole in their ceiling.