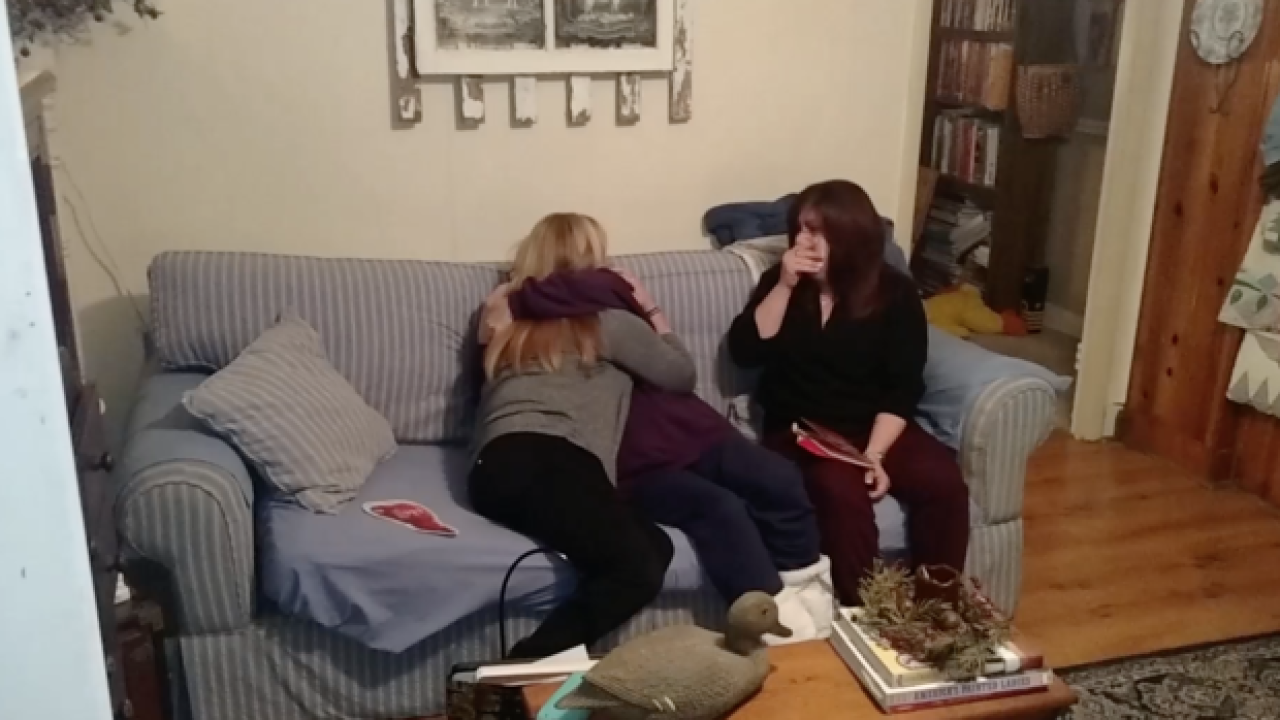 A northern Pennsylvania woman surprised an old friend with the gift on a lifetime on Valentine's Day: a new liver.

Toni Pearson, 69, of Mount Jewett has been in need of a liver transplant, so she posted on Facebook asking if anyone knew someone with her blood type.

Enter Sally Peterson, 49, of nearby James City. When Sally was 16, she worked as a cashier with Toni at a grocery store in Kane. While they weren't in close contact, Sally was Facebook friends with both Toni and Toni's daughter Traci, and she saw Toni's post.

Sally thought she could be a match. She was encouraged by tests she had taken in the process of becoming a bone marrow donor, after her mom died from bone cancer.

In early February, Sally took tests specifically to see if she was a match for a liver transplant, and found out she was on Valentine's Day, which also happens to be National Donor Day.

Excited, Sally and Traci went to Toni's house and surprised Toni with the good news. Overwhelmed, Sally and Toni shared a tearful embrace.

The transplant is set for March 13th. The match was arranged at UPMC Montefiore in Pittsburgh.

If you are interested in registering as an organ donor, you can do so here.