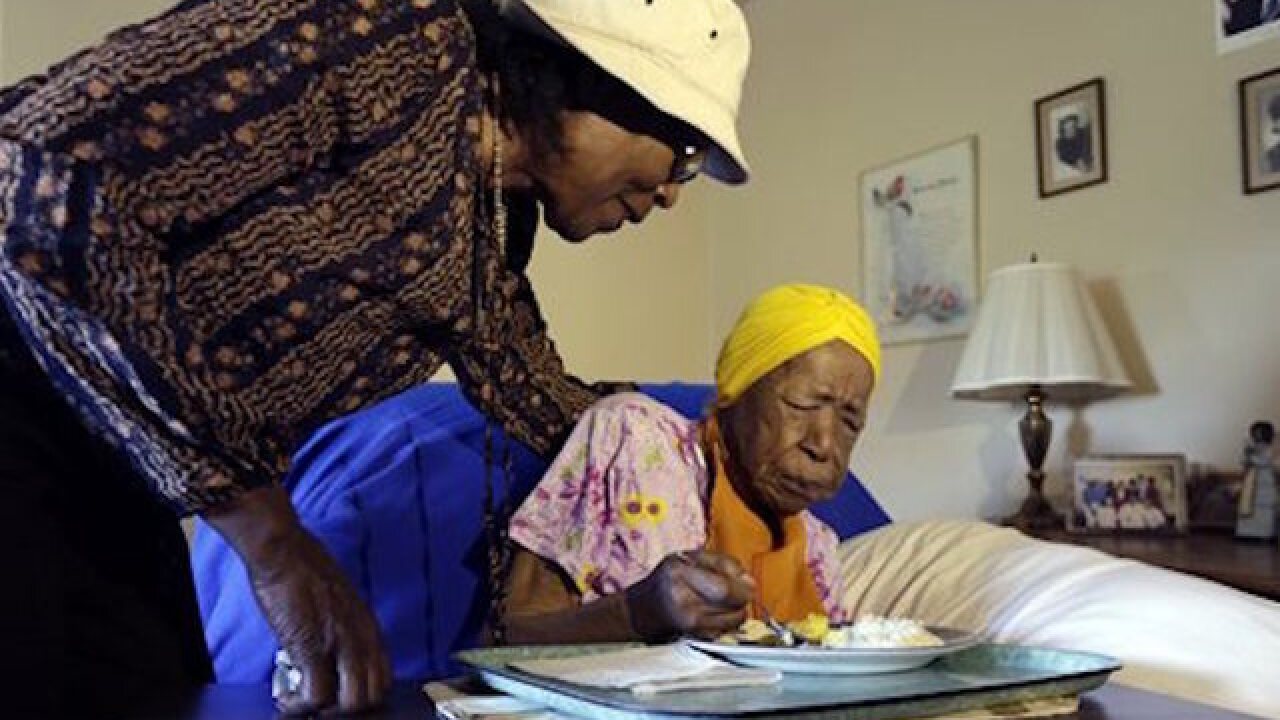 Copyright Associated Press
Richard Drew
<p>In this Monday, June 22, 2015 photo, Lois Judge, left, helps her aunt Susannah Mushatt Jones, during breakfast in Jones' room at the Vandalia Avenue Houses, in the Brooklyn borough of New York. Jones, the worldís oldest person, has died in New York at age 116. Robert Young, a senior consultant for the Gerontology Research Group, says Jones died at a senior home in Brooklyn Thursday night, May 12, 2016. He said she had been ill for the past 10 days. (AP Photo/Richard Drew)</p>

Robert Young, a senior consultant for the Los Angeles-based Gerontology Research Group, said Jones died Thursday night at a public housing facility for seniors in Brooklyn where she had lived for more than three decades. He said she had been ill for the past 10 days.

Jones was born in a small farm town near Montgomery, Alabama, in 1899. She was one of 11 siblings and attended a special school for young black girls. When she graduated from high school in 1922, Jones worked full time helping family members pick crops. She left after a year to begin working as a nanny, heading north to New Jersey and eventually making her way to New York.

"She adored kids," Lois Judge said of her aunt in a 2015 interview with The Associated Press. Jones never had any children of her own and was married for only a few years.

Family members said last year that they credited her long life to love of family and generosity to others. Judge said at the time that she believed it helped that her aunt grew up on a rural farm, where she ate fresh fruits and vegetables that she picked herself.

After she moved to New York, Jones worked with a group of her fellow high school graduates to start a scholarship fund for young African-American women to go to college. She also was active in her public housing building's tenant patrol until she was 106.

"Ms. Jones was the very last American from the 1800s," said Young, whose group tracks and maintains a database of the world's longest-living people.