Mom sent to prison for lying about son's death 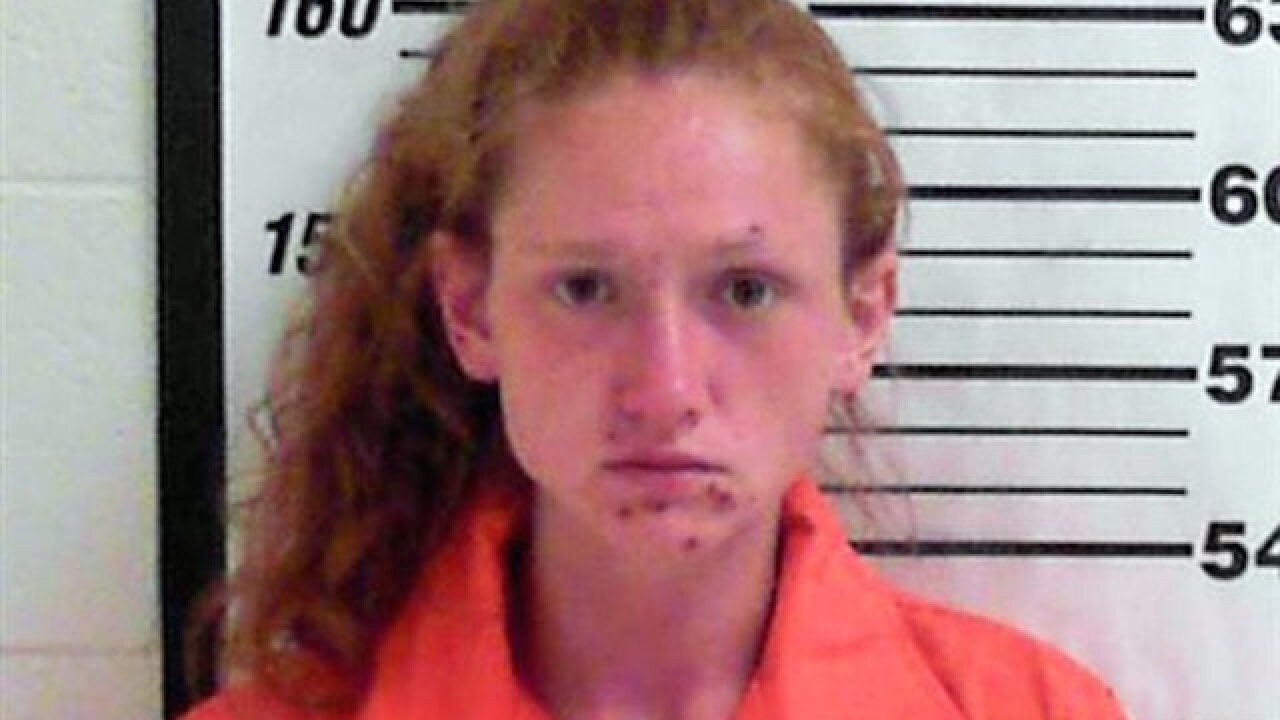 anonymous
<p>FILE - This undated file photo provided by Davis County Jail, shows Jasmine Bridgeman. On Monday, April 11, 2016, a Utah judge handed down the maximum sentence to Bridgeman, a mother who acknowledged lying to investigators after what police call her 2-year-old son's beating death over potty training at the hands of her boyfriend. (Davis County Jail via AP)</p>

FARMINGTON, Utah (AP) — A Utah judge handed down the maximum sentence Monday to a mother who acknowledged lying to investigators after what police call her 2-year-old son's beating death over potty training at the hands of her boyfriend.

The judge gave Jasmine Bridgeman at least a year and up to 15 years at the Utah State Prison. A parole board will decide exactly how long she serves.

Bridgeman, 24, said she is truly sorry and will continue to carry guilt and shame in the death of James "JJ" Sieger Jr. "May my son rest in peace and may God save my soul," she said, reading from a short statement.

The toddler's aunt said that the boy's father and his family begged Bridgeman to leave JJ with him in Georgia or with relatives when she left, but she refused.

"She could do what she wanted to, be young, party, do whatever, but just leave JJ with us," Nicole Sieger said. "JJ has his family who wanted him, his family was searching for him."

Bridgeman moved in with her boyfriend, Joshua Schoenenberger in Layton, Utah. The 35-year-old man got angry when the child used his diaper instead of the toilet in May 2015 and stomped on his stomach during a beating, police said. The couple took the child to a hospital where he died of internal injuries.

Bridgeman gave police several different stories about how the boy got hurt, once saying he died after being left alone in the tub and later saying she heard the beating from the other side of the bathroom door but her boyfriend asked her to lie, according to authorities. That has made it much more difficult for law enforcement to piece together what happened, prosecutor Susan Hunt said.

Bridgeman refused a plea deal in the case last year and pleaded guilty as charged in March.

Attorney Ronald Fujino asked for probation Monday, saying she wasn't accused of murder and doesn't have a criminal record.

But Judge John Morris said her actions were abhorrent and reprehensible in the case he called heartbreaking. "Essentially, what I must conclude is you chose your boyfriend over your child's welfare," he said.

A calm Bridgeman responded to his pronouncement of the sentence by saying, "Thank you."

Her boyfriend, meanwhile, pleaded not guilty to aggravated murder and child abuse in a separate court appearance on Monday. His case carries the possibility of the death penalty, though prosecutors haven't said if they'll seek capital punishment. Schoenenberger is due back in court on May 9.