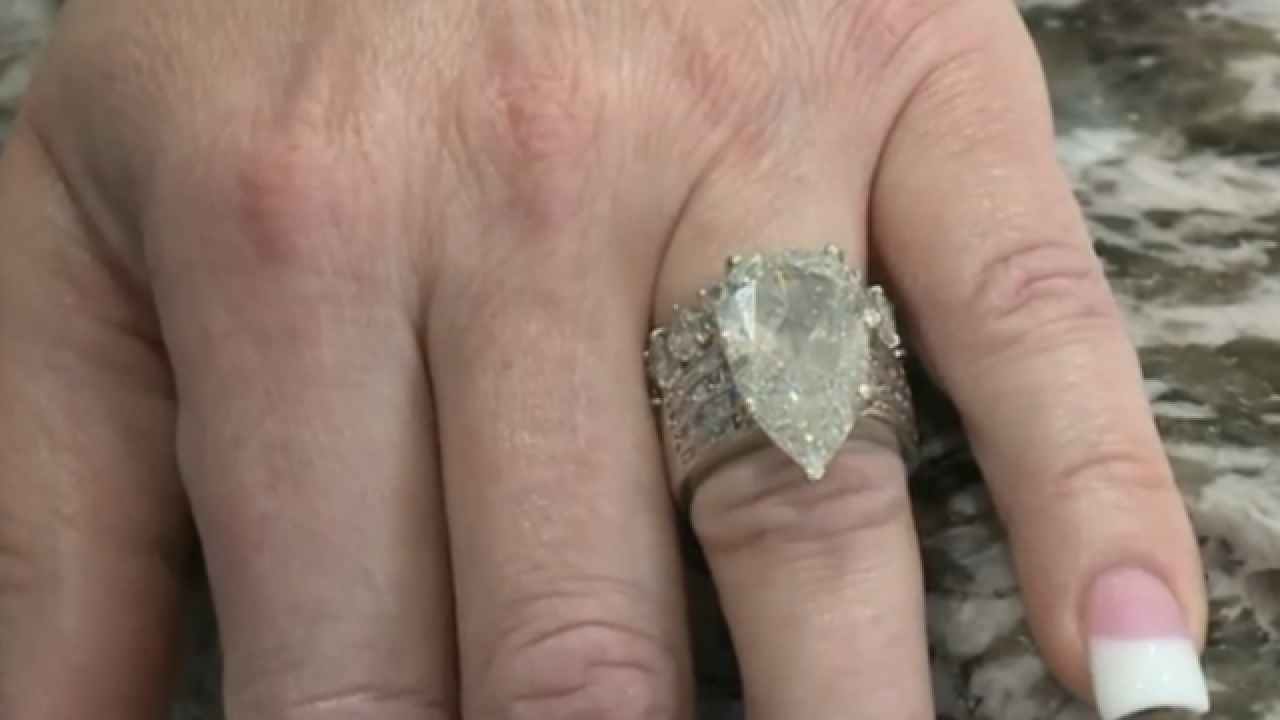 A Missouri woman received quite the scare this weekend after misplacing her $400,000 wedding ring. But after getting a little help and a lot of luck, the ring is back on her finger.

According to KMOV in St. Louis, Carla Squiteri removed her 12.5 ring to wash her hands, and placed it in a paper towel. Without thinking, she threw away the towel in the trashcan moments later.

By the time Squiteri noticed her ring was missing, the towel — and the ring — had been picked up by Meridian Waste Services and was on its way to the Bridgeton landfill.

Luckily, the couple got ahold of Meridian, which re-routed the truck to a non-toxic waste facility in O’Fallon, Mo. There, the truck dumped its 8 tons of waste, and the Squiteris went to work.

Joe Evans, an operations manager with Meridian, was helping the Squiteris search for the ring.

“My first thought was we're never going to find it. It was like finding a needle in a haystack basically,” said Evans.

However, after just 30 minutes of searching, Evans found the ring — still wrapped in the paper towel.

“That’s the lotto for me,” said Carla Squitieri. “That was my Powerball.”

“The fact that he found it and showed it to us and gave it back to us, that gave us hope that there's still good, honest people in St. Louis, Mo,” Bernie Squiteri said.