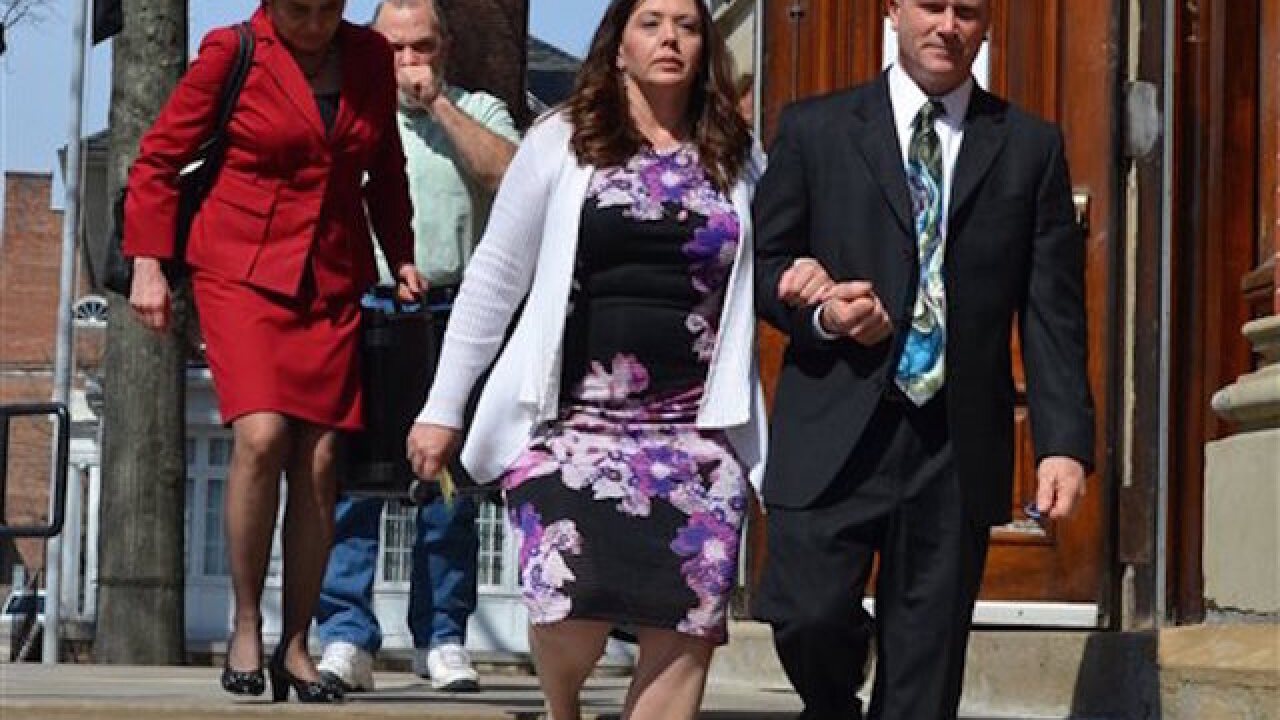 HUNTINGDON, Pa. (AP) — A former president of a county bar association has been convicted of using forged documents to pose as an estate lawyer for a decade even though she didn't have a law license.

Kimberly Kitchen was convicted Thursday on charges of forgery, unauthorized practice of law and felony records tampering in Huntingdon County.

The James Creek resident handled estate planning for more than 30 clients despite never attending law school, and she even served as president of the county bar association for a time. She made partner at BMZ before the fraud was discovered.

The judge on the case was brought in from another county, and the state attorney general, not county prosecutors, handled the case because Kitchen had been a fixture in the county courthouse for years.

BMZ officials testified at her two-day trial but haven't commented publicly since issuing a statement in December 2014, when the Huntingdon Daily News first reported that Kitchen was being investigated. The firm's voicemail said its offices were closed for Good Friday.

"Sadly, it would appear that our firm was the last, in a long line of professionals, to have been deceived by Ms. Kitchen into believing she was licensed to practice law," the firm said previously. "We are undertaking a thorough review of each and every file she may have handled."

Kitchen had worked in fundraising at Juniata College before she started telling people she was an attorney, state prosecutors said.

"We think that she had no intent to defraud," Roberto said.

She said there was no evidence Kitchen's work was bad. "She provided a good service," she said.

Kitchen hasn't practiced law since the firm asked her to stop in December 2014.