Wisconsin girls to be tried as adults in Slender Man attack 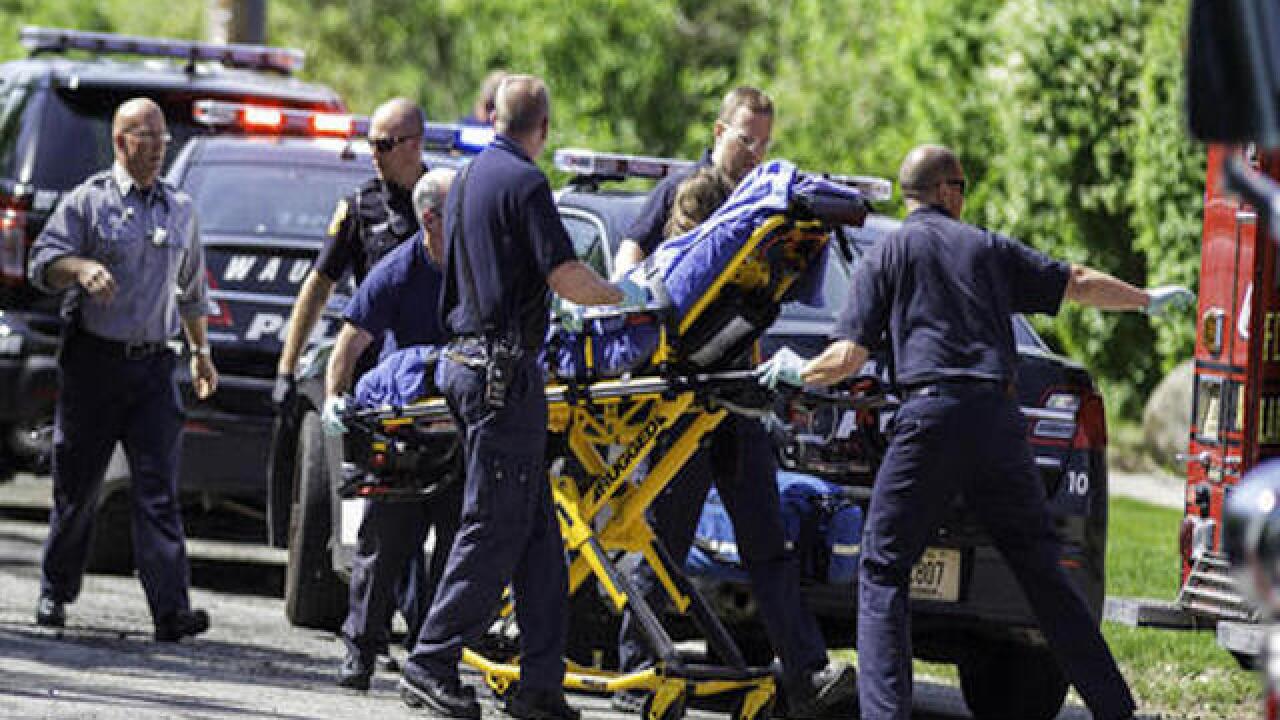 Copyright Associated Press
Abe Van Dyke
<p> In this May 31, 2014 file photo, rescue workers take 12-year-old stabbing victim Payton Leutner to an ambulance in Waukesha, Wis. A Wisconsin state appeals court ruled July 27, 2016, that the two girls accused of trying to kill Leutner in an attempt to please the fictional horror character Slender Man should be tried as adults. The 2nd District Appeals court, in a pair of rulings, affirmed a lower court's determination that it was reasonable to try both girls as adults. The girls could appeal the rulings to the Wisconsin Supreme Court. (AP Photo/Abe Van Dyke)</p>

MADISON, Wis. (AP) — A Wisconsin state appeals court ruled Wednesday that two girls accused of trying to kill their classmate in an attempt to please the fictional horror character Slender Man should be tried as adults.

Investigators say the girls, who were 12 at the time of the attack in 2014, plotted for months before luring their classmate into some woods after a birthday sleepover and repeatedly stabbing her. The victim, who was also 12, was found along a road, bleeding from 19 stab wounds that nearly killed her.

The girls have been charged with attempted first-degree intentional homicide and if convicted could go to prison for up to 65 years. As juveniles, they could be incarcerated for up to three years then supervised until age 18.

Anyone 10 or older charged with first-degree attempted homicide is automatically considered an adult under Wisconsin law. But defense attorneys have argued that the case belongs in juvenile court, saying the adolescents suffer from mental illness and won't get the treatment they need in the adult prison system.

Experts testified that one of the girls has schizophrenia and an oppositional defiant disorder that requires long-term mental health treatment. The other girl has been diagnosed with a delusional disorder and a condition known as schizotypy, which a psychologist testified made her vulnerable to believing in Slender Man.

In a pair of rulings Wednesday, the 2nd District Appeals court affirmed a lower court's determination that it was reasonable to try both girls as adults. Citing the ruling last year, the appeals court said if the girls were found guilty in the juvenile system they would be released at age 18 with no supervision or mental health treatment.

It also noted that the evidence showed the crime was not accidental or impulsive, but planned out and violent. Given the serious nature of the offense, it would not be appropriate for the trial to take place in juvenile court, the appeals court ruled.

The girls could appeal the rulings to the Wisconsin Supreme Court. The Associated Press left messages with the girls' attorneys seeking comment.

Kevin Osborne, the assistant Waukesha County District Attorney, said he was pleased with the decisions, but declined further comment because he has not yet read them.

The AP hasn't identified the defendants because their cases could still move to juvenile court, where proceedings are closed. They are both now 14 years old.

According to a criminal complaint, the girls plotted for months before they lured Payton Leutner into a park in Waukesha, about 20 miles west of Milwaukee, and attacked her with a knife.

Leutner suffered 19 stab wounds, including one that doctors say narrowly missed a major artery near her heart. After the attack in a wooded park, she crawled to a road and was found lying on a sidewalk by a passing bicyclist. Despite the attack, she staged what her family called a "miraculous" recovery and was back in school in September three months later.

The girls told investigators they hoped that killing her would please Slender Man, a demon-like character they had read about in online horror stories. The tales describe Slender Man as an unnaturally thin, faceless creature who preys on children.

Police captured the girls on the outskirts of the city that same day. They told investigators they planned to walk 300 miles to the Nicolet National Forest, where they hoped to live as Slender Man's servants in his mansion.

An HBO documentary on the case was released in March.