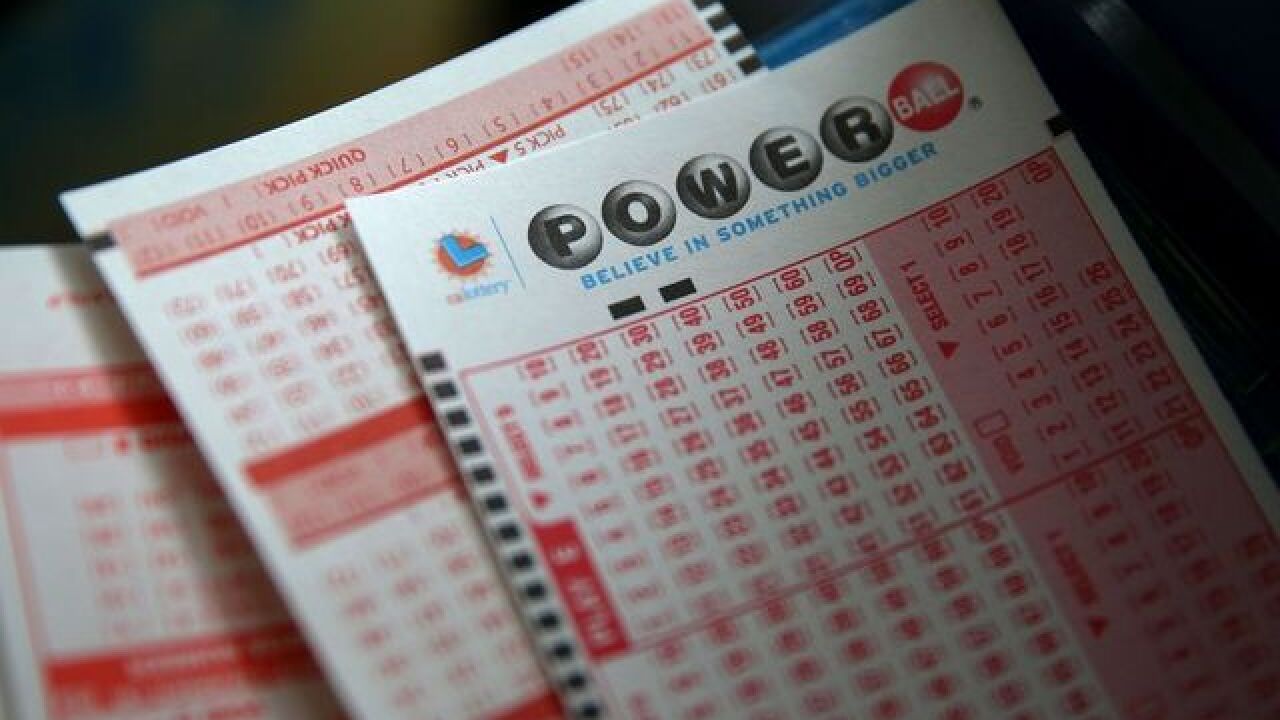 TRENTON, N.J. (AP) — Marcelo Chilel said the convenience store where he works in New Jersey's capital city does a steady lottery business, with more people showing up when the jackpots get big. One of the people that came this past week is now holding one of the largest winning tickets in the history of Powerball.
Only one ticket matched all six numbers in Saturday night's drawing for a $429.6 million jackpot, said Powerball spokeswoman Kelly Cripe, and New Jersey lottery officials said Sunday it was sold at a 7-Eleven store in Trenton. The winning Powerball numbers were 5-25-26-44-66 and the Powerball number was 9.
"We have never had a winning ticket this big, not even close," said Chilel, adding that his colleagues are amazed that it happened. "It's great that they got it here."
The ticket holder did not immediately come forward to claim the prize.
Chilel said that when he heard the ticket was sold in Mercer County, he thought it would be great if it was sold at the store where he works. And when he found out that was the case, he says he felt very happy for the customer.
New Jersey lottery officials were also ecstatic about the news.
"Winning the Powerball jackpot is a life-changing event. Congratulations to the ticketholder(s) and to the retailer who sold it," New Jersey Lottery executive director Carole Hedinger said in a statement. "We expect that the winner or winners will take their time before claiming the prize and consult with the appropriate professionals that can assist them in navigating these unchartered waters. Certainly though, we will be anxiously awaiting the phone call."
Hedinger said the jackpot is the seventh-largest in Powerball jackpot history.
The jackpot Saturday was the largest since a record $1.6 billion payout in January. That jackpot was shared by three winning tickets.
Only one winning ticket will claim Saturday night's prize, though it was not immediately known if that ticket was held by one person or multiple people. Cripe said a winner, or co-winners, electing a one-time cash payout will receive $284.1 million.
Several lottery players in New Jersey who don't hold the winning ticket said Sunday that they wish the big winner well.
Among them was John Warren, who joked that he had all the winning numbers that were drawn. Unfortunately, he didn't have more than two of them on any one of the $40 worth of tickets he had bought.
"I know I'm more likely to get hit by a bus or lightning than win a big jackpot like this one," the Lakewood man said as he sipped a cup of coffee in a convenience store parking lot in Jackson Township. "But I was hoping to maybe win a couple hundred bucks or so in smaller prizes. Instead, I won $2, which paid for this coffee."
Warren's pal, Tommy Young, said he doesn't play the lottery often. But he spent $5 this week.
"Not a winner in the bunch, not even close," Young said. "But it was fun to think about cashing in the winning ticket."
This isn't the first time Powerball luck has struck in New Jersey. In 2013, a sole ticket claimed a $383 million Powerball jackpot.
Seven tickets from Saturday night's drawing matched five numbers and claimed $1 million, including three in New York, two in Illinois and one apiece in California and Virginia.
Powerball is played in 44 states plus Washington, D.C., Puerto Rico and the U.S. Virgin Islands.
The odds of winning are one in 292.2 million.
Associated Press 2016