WATCH: Tornadoes touch down in Okla. 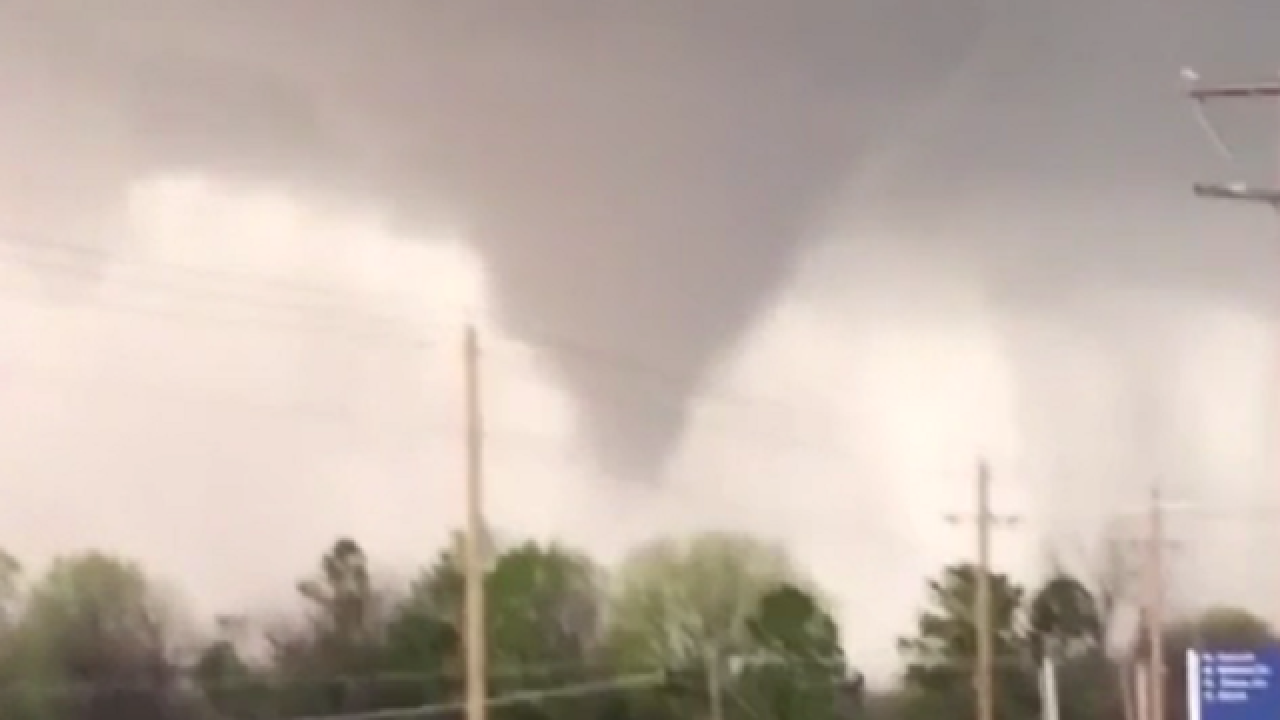 Parts of the South and Midwest were plagued Wednesday by severe weather, with some of the worst effects seen in Oklahoma.
A tornado watch was in effect in the southeastern part of the state, and the northeast was under a severe thunderstorm watch.

#Tornado is on the ground near Tulsa! Seek shelter immediately!!! #OKwx pic.twitter.com/d8pq9NyzZt

Damaging wind gusts, hail and tornadoes swept through the state, damaging buildings and trees. Meanwhile, over 5,000 people were out of power in Tulsa County.

See below for video footage of tornadoes spotted around the state.

A tornado watch was also issued for parts of Arkansas, Louisiana and Mississippi.