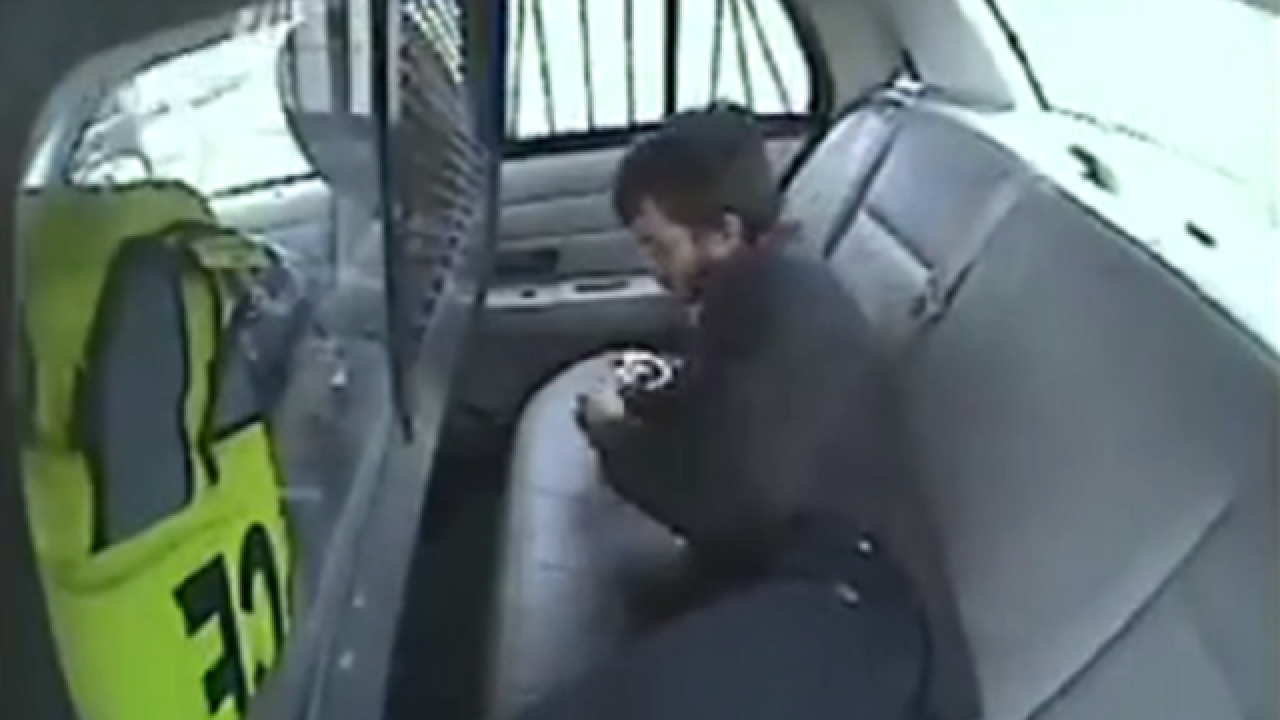 By: Mina Abgoon
Posted at 1:21 AM, Aug 23, 2016
Shocking video footage shows a suspect being ejected from the back window of a police cruiser when the vehicle crashes.
A police officer was injured in the incident and the suspect -- who is seen in the clip freeing himself from handcuffs -- is in jail, KRON reports.
The clip shows Logan Younger, 19, partially loosening himself from his handcuffs and kicking inside the police cruiser. Moments later, Younger flies out the back window of the car, which apparently becomes overturned (watch below).
The cause of the crash hasn’t been released.
Crews had to cut the car in order to free the officer who was trapped inside, KRON reports, adding that Younger fled but was captured a short time later.
The extent of the injuries wasn’t immediately clear, but the officer was airlifted to a nearby hospital.
Younger was taken to a local jail after also receiving treatment for his injuries.
Copyright 2016 Scripps Media, Inc. All rights reserved. This material may not be published, broadcast, rewritten, or redistributed.