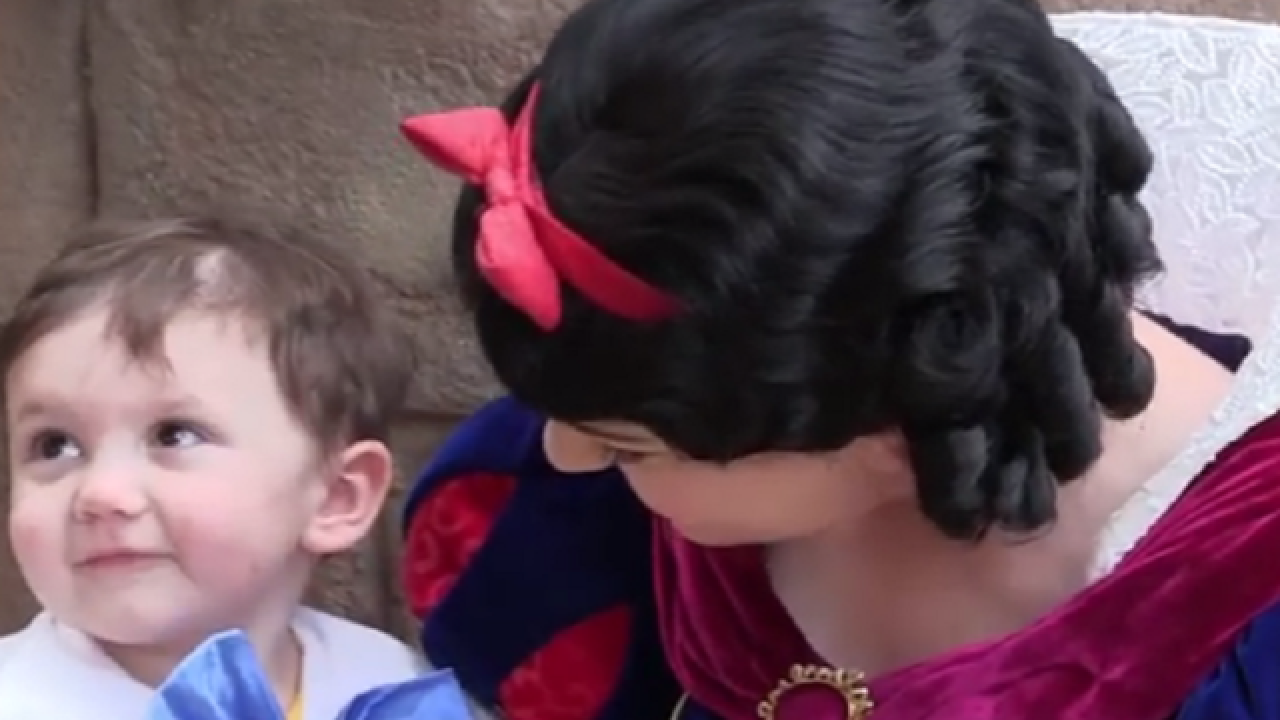 Most of us would be excited to meet Snow White in the flesh, but it’s an especially amazing feat for one particular toddler.
A two-year-old boy with autism named Jack Jack has received a bit of Internet fame after his mother uploaded a video of the child’s heartwarming reaction to meeting the Disney princess.
Amanda Coley uploaded the video to YouTube, explaining, “He was having nothing to do with any of the characters on our Disney vacation in November. You see, he has autism and is non-verbal,” adding, “He is on the shy side with people he does not know.”
Coley added, “I must have cried 1000 tears watching his interaction with her. He was in love.”
It looks like true love as Jack Jack stares adoringly at Snow White, resting his head on her shoulder and even laying his head on her lap at one point.
The video has already racked up more than 375,000 views since being uploaded Monday.
Scripps Only Content 2016