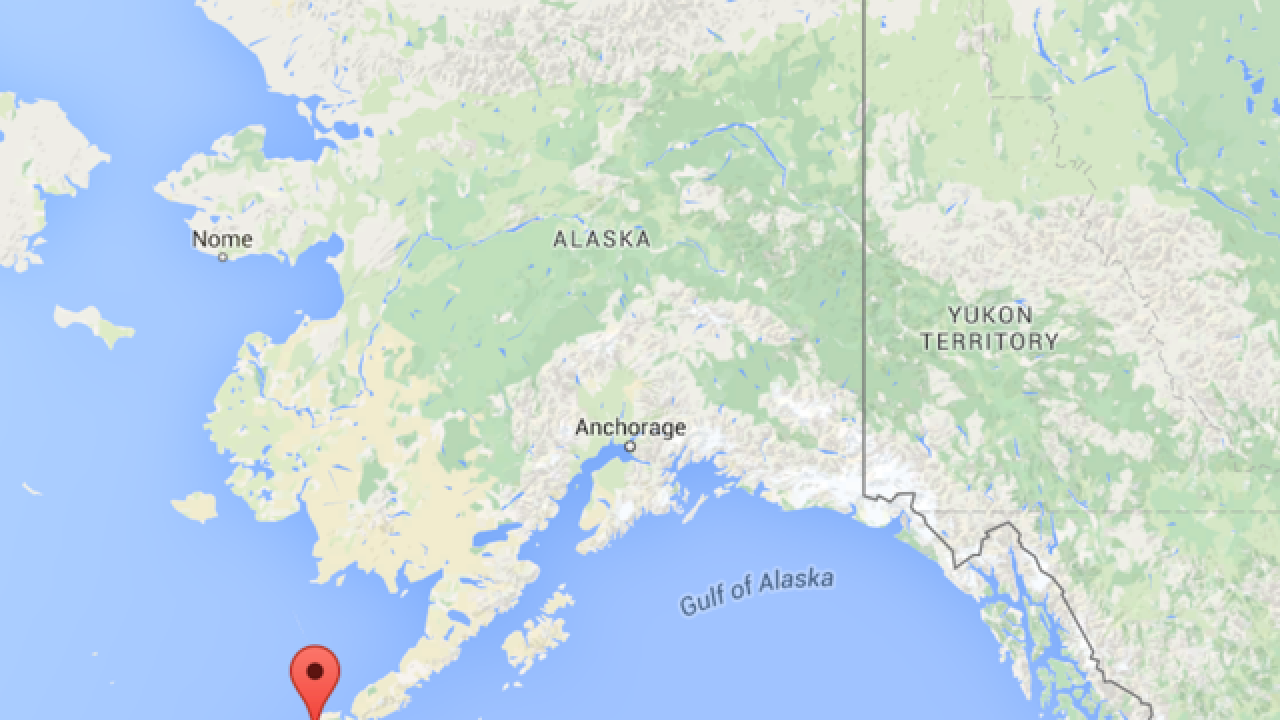 ANCHORAGE, Alaska (AP) — Strong winds Monday pushed an ash cloud from an Alaska volcano into the heart of the state, grounding flights and limiting travel to western and northern communities off the road system.

Pavlof Volcano, one of Alaska's most active volcanoes, is 625 miles southwest of Anchorage on the Alaska Peninsula, the finger of land that sticks out from mainland Alaska toward the Aleutian Islands.

Lightning over the mountain and pressure sensors indicated eruptions continued overnight By 7 a.m. Monday, the ash cloud had risen to 37,000 feet and winds to 50 mph or more had stretched it over more than 400 miles into interior Alaska.

"It's right in the wheelhouse of a lot of flights crisscrossing Alaska," said geologist Chris Waythomas, of the U.S. Geological Survey, part of the Alaska Volcano Observatory, along with the University of Alaska and the state Division of Geological and Geophysical Surveys.

No flights to Anchorage or Fairbanks had been canceled, but Egan said the company was closely monitoring the Fairbanks route.

Volcanic ash is angular and sharp and has been used as an industrial abrasive. The powdered rock can cause a jet engine to shut down. USGS geologists have compared it to flying into a sand blaster.

An eruption of Mount Redoubt in December 1989 sent out an ash cloud 150 miles that flamed out the jet engines of a KLM flight carrying 231 passengers to Anchorage. The jet dropped more than two miles before pilots were able to restart the engines and land safely.

"We just simply will not fly when ash is present," Egan said.

Waythomas had received no reports of ash falling in communities. The closest community, Cold Bay, is 37 miles southwest of the volcano, opposite of where the wind was blowing ash.

"The pathways that magma follows to the surface are pretty open in a volcanological sense," Waythomas said. "They can convey magma and gas very easily. Magmas can move to the surface whenever they feel like it, more or less."

The movement comes with little shaking of the ground, and the lack of earthquakes as an early warning of an eruption "makes us go crazy monitoring them," Waythomas said.

The volcano, about 4.4 miles in diameter, has had 40 known eruptions. Its conical, nearly symmetrical shape indicates its eruptions tend to be less violent than the kind that blows tops off mountains.

"It can erupt for periods of hours to days or it can go on for much longer periods of time," Waythomas said. "It won't erupt continuously for many months or a year. It will be intermittent. But the eruption cycle could go on for a while, or it could abruptly shut off and be done tomorrow."

The USGS raised the volcano alert to its highest level, which warns of hazards both in the air and on the ground.

This story has been corrected to show the volcano is on the Alaska Peninsula, not in the Aleutian Islands.