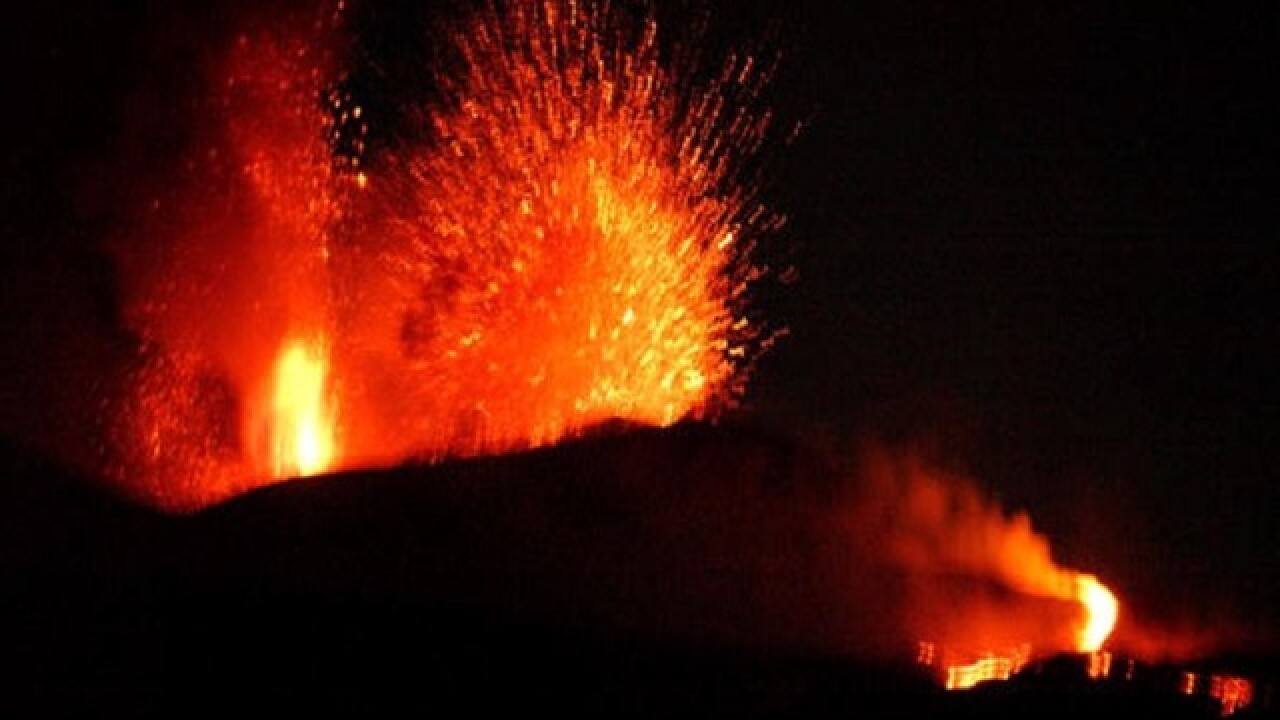 The U.S. Geological Survey says the Pavlof Volcano, which is about 600 miles southwest of Anchorage and roughly 40 miles from the nearest community, erupted Sunday at 4:18 p.m. local time. Alaska State Troopers could not immediately say if there were any reports of injuries.

The USGS says the eruption also led to tremors on the ground.

The agency has raised the volcano alert to its highest level, which warns of hazards both in the air and on the ground. An image of the volcano posted on the Alaska Volcano Observatory website showed a thick streak of light grey ash arcing up out of the peak and streaming sideways across the sky.

The agency says the volcano, which is about 4.4 miles in diameter, has had 40 known eruptions and is one of the most consistently active volcanoes in the Aleutian arc.

The USGS says that during a previous eruption in 2013, ash plumes rose 27,000 feet. Other eruptions have generated ash plumes as high as 49,000 feet.

The community closest to the volcano is Cold Bay, which is about 37 miles southwest of it.