USDA offices in 5 states close due to threats 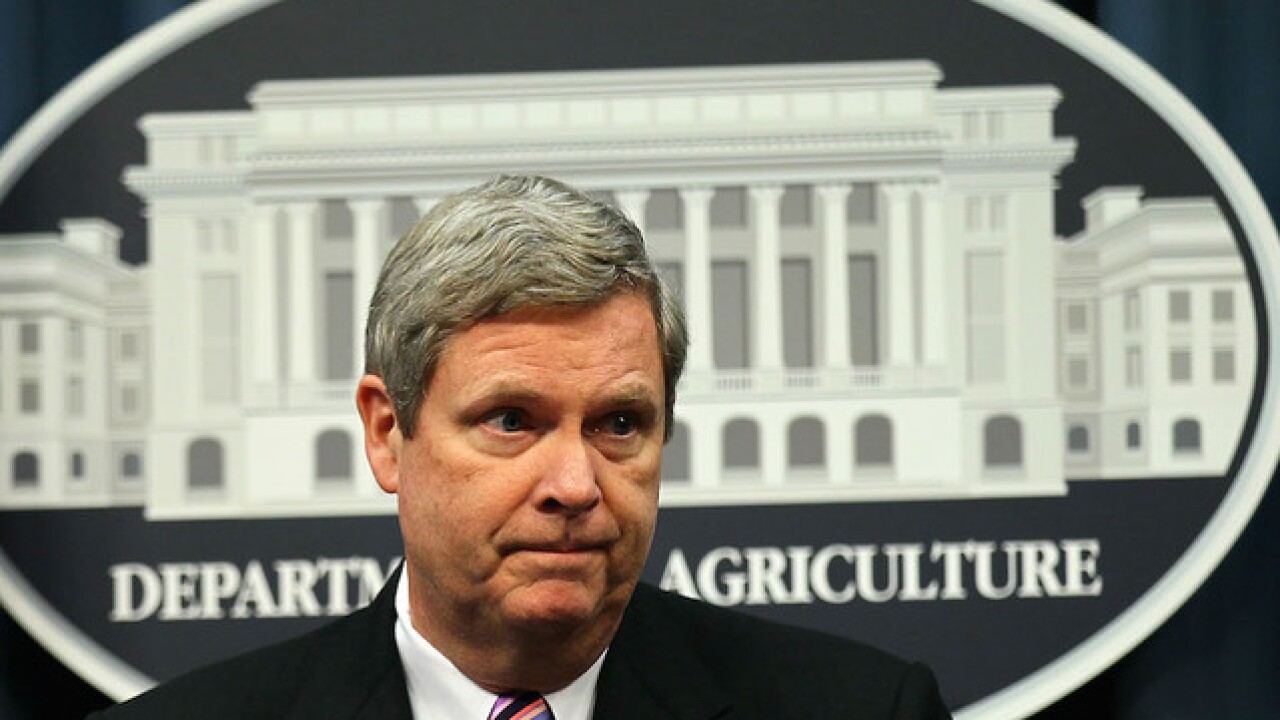 WASHINGTON (AP) — The Agriculture Department said Tuesday it had closed offices in five states after receiving anonymous threats that it considered serious.

USDA spokesman Matthew Herrick said in a statement that the department had received "several anonymous messages" late Monday that raised concerns about the safety of USDA personnel and facilities. He said six offices were closed Tuesday morning until further notice.

Herrick said the department is working with the FBI and federal and local law enforcement to determine whether the threats are credible.

In an email to employees, Agriculture Secretary Tom Vilsack said USDA is closing the offices "due to the serious nature of these threats." He did not characterize the threats or say how they were received, but asked employees to be aware of their surroundings and report any suspicious activity.

White House Spokesman Josh Earnest said the Department of Homeland Security is working with USDA "to ensure the safety of their offices and the personnel that work there."

They include offices for eight USDA agencies, including the Forest Service and the Food Safety and Inspection Service. Among the sites affected was USDA's sprawling agricultural research center and library in Beltsville, where employees were informed of the threat Tuesday morning and sent home.

In his memo to employees, Vilsack said employees could telework or take authorized leave.

The temporary closures may affect some tourists. In Colorado, the Forest Service's Canyon Lakes Ranger District tweeted that their information center is closed.