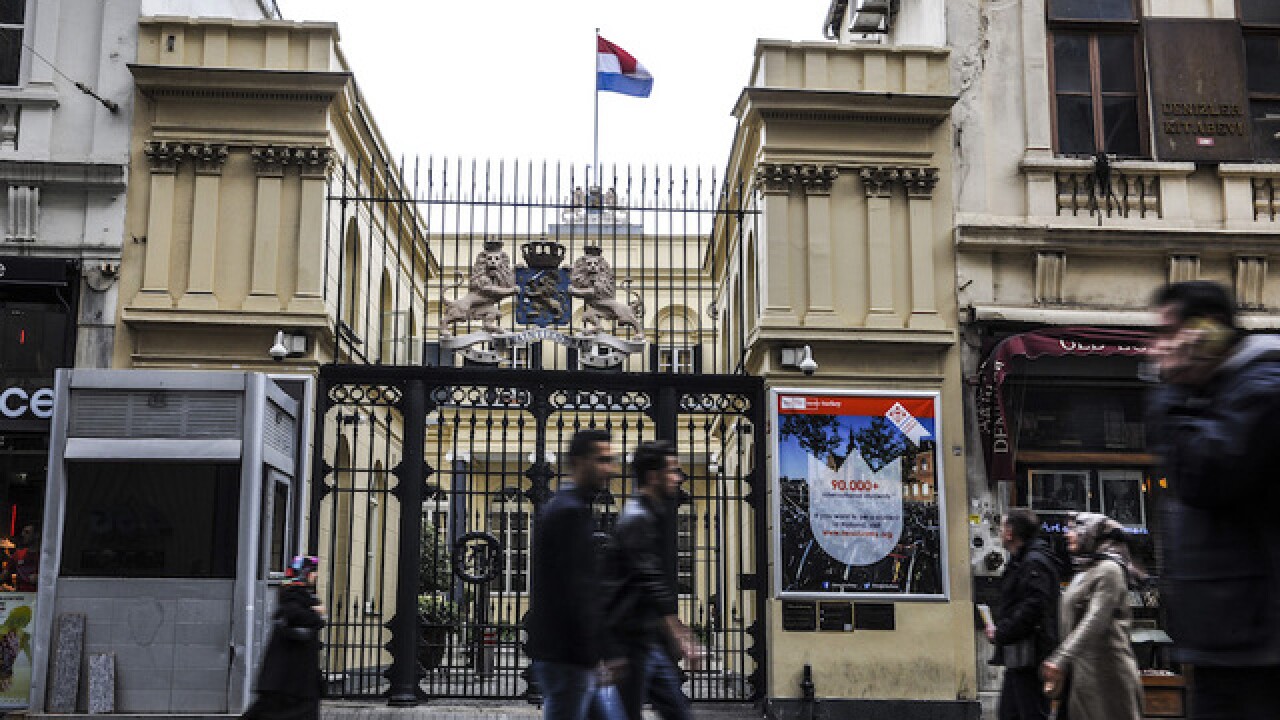 <p>People walk by the entrance of Netherlands' Consulate in Istanbul, Wednesday, March 23, 2016.The Dutch government temporarily closed its consulate-general in Istanbul on Wednesday because of a "possible terror threat" and advised its citizens to avoid the area, which is close to the scene of a suicide bombing that killed four foreign tourists on Saturday.(AP Photo)</p>

The United States is warning its citizens about "credible threats" to touristic areas in Turkey, especially around public squares and docks in Istanbul and the Mediterranean city of Antalya.

An emergency message posted on the U.S. Consulate website on Saturday warns its citizens to exercise "extreme caution" in the vicinity of those areas.

The message did not provide further information on the threats. But Turkey has been hit by six major bombings since July which have killed more than 200 people. They include a suicide bombing blamed on the Islamic State group in Istanbul which killed three Israeli tourists and an Iranian man last month.

Kurdish militants have also carried out two deadly suicide car bombings in the capital in Ankara.