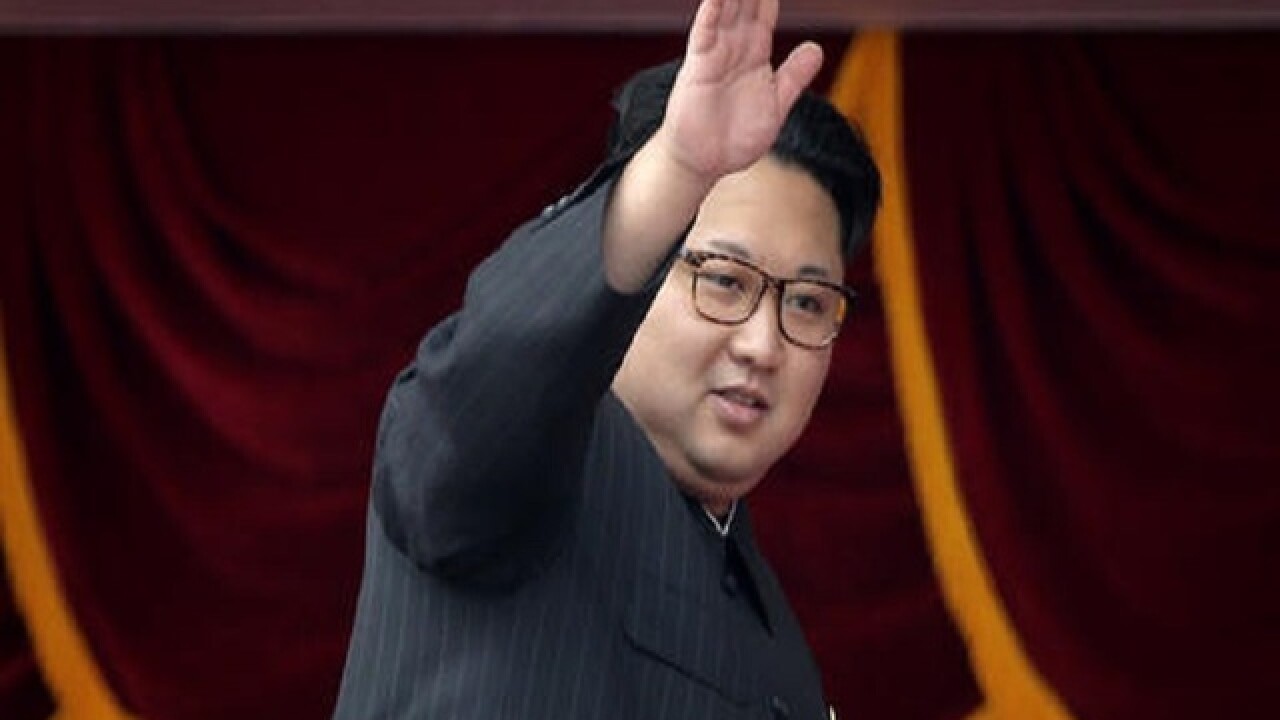 UNITED NATIONS (AP) — U.S. Ambassador Samantha Power predicted that the Security Council will swiftly condemn North Korea's latest ballistic missile launches following an emergency meeting Wednesday of the U.N.'s most powerful body.
Power told reporters after the closed meeting there were "strong condemnations across the board" from all 15 council members, which she found encouraging.
Her assessment was echoed by Japan's ambassador, Koro Bessho, who said he was heartened by the "many messages of solidarity" after his appeal to the council to be united and send a strong message to the world and especially to North Korea that its actions are "totally unacceptable."
But Ambassador Liu Jieyi of China, an ally of North Korea, stressed that the council must not do anything to escalate tensions.
No date was announced for a follow-up meeting of council members or experts, but Bessho said he hopes for council action as soon as possible.
South Korean and Japanese officials said a medium-range ballistic missile fired Wednesday flew about 1,000 kilometers (620 miles) and landed near Japan's territorial waters, one of the longest flights by a North Korean missile. It was the first time a missile landed in Japan's exclusive economic zone, which extends 200 nautical miles (370 kilometers) from shore.
The U.S. Strategic Command said initial indications were that a second missile exploded immediately after launch.
South Korea's U.N. Ambassador Oh Joon said so far this year North Korea has conducted 13 rounds of missile tests — including the firing of 29 missiles of different varieties, ranges and trajectories using mobile launchers and submarines.
"They are doing all of this with a systematic, comprehensive purpose of upgrading and refining their missile technologies, which is not only a grave challenge to the global nonproliferation system but also poses a clear and present danger to the security of all countries in the region," he said.
"It is definitely in the interest of all countries to stop this dangerous series of provocations immediately," Oh stressed.
The ballistic missile launches on Wednesday were the third since the United States and South Korea announced plans on July 8 to deploy an advanced missile defense system in South Korea by the end of next year — a move Pyongyang has denounced. The council has condemned six other launches in April, May and June.
The Security Council has not responded to a July 9 failed attempt by a North Korean submarine to launch a ballistic missile and the July 19 launch of two short-range Scud missiles and a Rodong intermediate-range missile.
U.N. diplomats, speaking on condition of anonymity because discussions have been private, said attempts to condemn the launches have been held up by China.
Liu told reporters that "the situation is tense and we need to do everything to de-escalate the situation."
Asked whether China would support a council condemnation of the latest launches, he said "there's a real risk" and the council needs to do things that promote denuclearization and peace and stability on the Korean peninsula, as well as a negotiated solution to North Korea's nuclear program.
When asked what should be done to de-escalate the situation, Liu said that "if you look at the factors contributing to the tension in the Korean peninsula, I think the answer is self-evident."
Japan's Bessho responded that his country had not done anything to invite Wednesday's missile launch and said there was no justification for it — which is why "we are strongly condemning the launch."
Power denied that the South Korea missile defense system, which China opposes, was a factor, saying it is "purely defensive" and aimed solely at protecting the South Korean people and U.S. and other forces stationed there from North Korean ballistic missiles.
"Any justification, any notion that there's some predicate by anybody other than Kim Jong Un and the DPRK regime is not grounded in reality and it's not grounded in history," she said, using the initials for the country's official name, the Democratic People's Republic of Korea.
In March, the council adopted its fifth and most severe sanctions resolution against North Korea in response to a Jan. 6 nuclear test and a Feb. 7 satellite launch.
Power stressed that the U.S. will be pushing for implementation and enforcement of the sanctions — and is looking at adding individuals and organizations to the sanctions blacklist, which requires approval by all 15 council members.
White House spokesman Josh Earnest said the United States continues to be concerned about North Korea's behavior and considers it critical to work with the international community, including China and Russia, to urge the North Korean government to stop the launches.
"The United States continues to believe that our response to North Korea's destabilizing activities is stronger when the international community remains united," Earnest said.
Copyright 2016 The Associated Press. All rights reserved. This material may not be published, broadcast, rewritten or redistributed.