Defense Sec'y Carter: Fight against IS not over 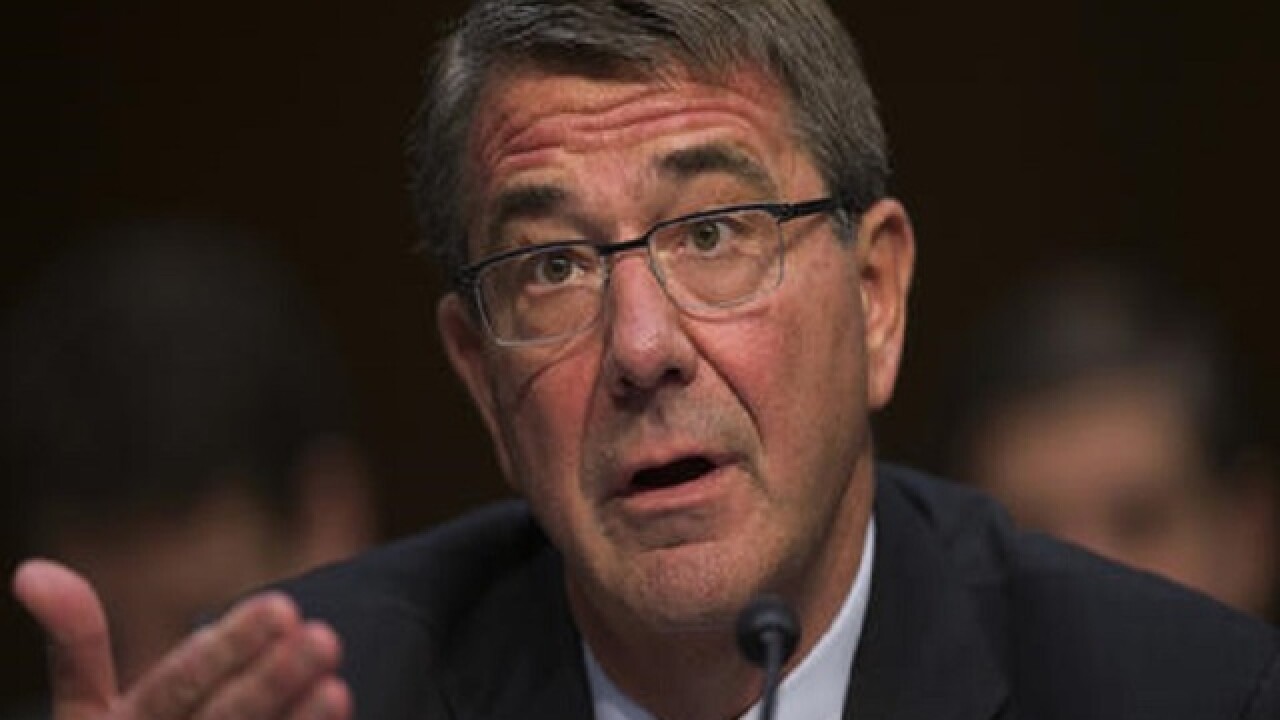 By: Associated Press
Posted at 5:12 AM, May 04, 2016
STUTTGART, Germany (AP) — The combat death of an American Navy SEAL in Iraq shows that despite recent gains against the Islamic State in Iraq, "this fight is far from over," U.S. Defense Secretary Ash Carter said Wednesday.

Carter spoke at the outset of a closed-door meeting in Germany with his counterparts from 11 countries contributing to the military campaign against the Islamic State in Iraq and Syria. They convened at the headquarters of U.S. European Command, where Carter was presiding at a change-of-command ceremony Tuesday when news of the U.S. battlefield death reached him.

In a joint statement issued after the meeting, the group reaffirmed its support "to further accelerate and reinforce the success of our partners on the ground and for the deployment of additional enabling capabilities in the near term."

The meeting was a follow-up to a similar session Carter led in Brussels in mid-February.

"While we have gathered momentum since our ministerial in Brussels, this fight is far from over," Carter said in an opening statement. "That point was brought into stark relief by yesterday's attack on Peshmerga forces in northern Iraq, which unfortunately claimed the life of an American service member."

The Peshmerga are Kurdish militia who have generally fought more effectively against the Islamic State in northern Iraq than the regular Iraqi security forces. The U.S. has been training, equipping and advising Pershmerga forces as well as Iraqi security forces, and the Pentagon recently pledged up to $415 million in aid to the Kurds.

Adhering to a legal ban on officially identifying a military death until 24 hours after the family has been notified, Carter did not mention the name. But his family has confirmed that Charlie Keating IV, 31, was the SEAL who was killed.

Carter expressed condolences for the loss, which is the third U.S. combat death in Iraq since U.S. forces returned there in mid-2014 to help the Iraqi government regain the wide swaths of territory captured by the Islamic State.

Wednesday's session in Stuttgart was the latest in a series with partners on strategies for increasing assistance to the Iraqis, including the Kurdish Peshmerga forces, as they seek to recapture the northern Islamic State stronghold of Mosul. This comes as a political crisis in Baghdad clouds the outlook for further military advances against the militants.

Carter has placed a high priority on drawing coalition members more deeply into the counter-IS campaign, stressing the threat posed by allowing the extremists to spread their influence.

"We must do this," Carter told the opening session. "It's important for civilization that we do this. We can do this. We're going to. With your help, it'll go faster."

The Stuttgart session was attended by senior defense officials from Australia, New Zealand, Canada, Denmark, France, Germany, Italy, the Netherlands, Spain and Britain. Norway was also invited and was expected to attend.