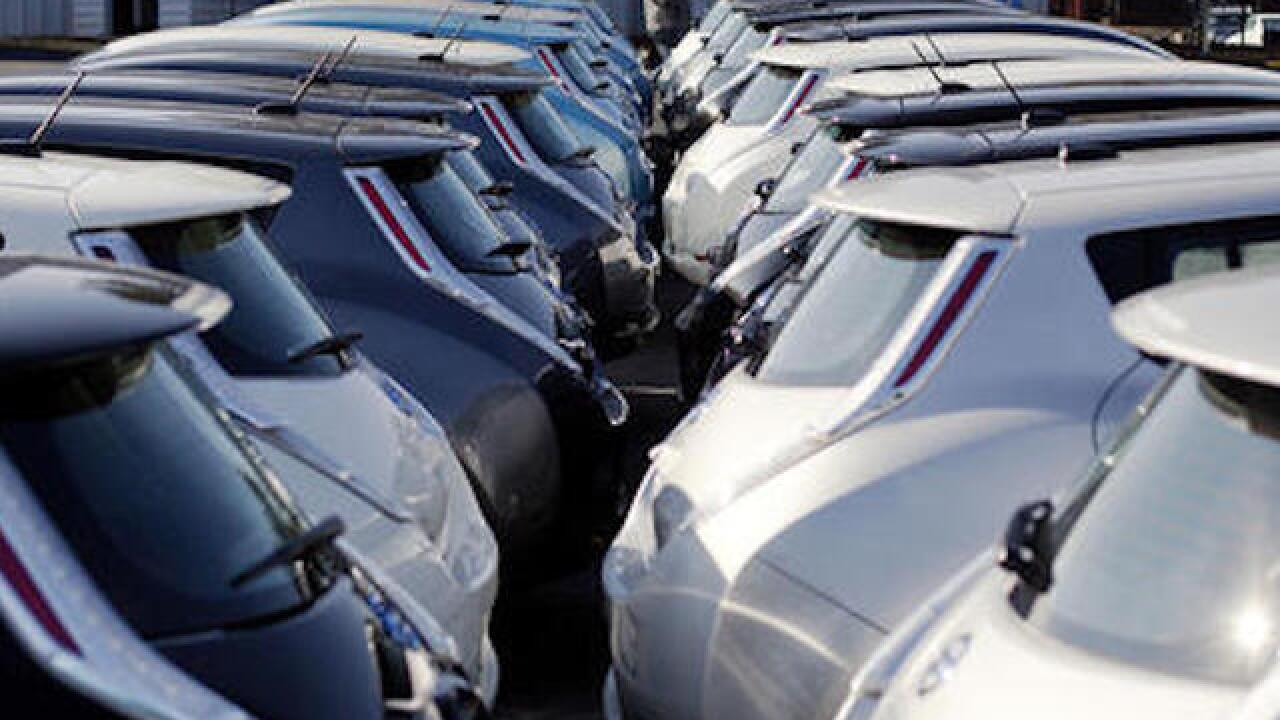 DETROIT (AP) — Ford, Nissan and Fiat Chrysler each reported big U.S. sales gains in March as the auto industry appeared to be headed for its best month in more than a decade.

Even General Motors, which has been cutting back on sales to rental car companies, saw a slight sales increase and said its retail sales to individual buyers rose 6 percent.

The increases showed that Americans are still buying cars and trucks in big numbers, despite predictions by some analysts and dealers that sales have peaked.

"Sales in the first quarter of this year continue to expand, and the overall retail mix suggests consumers are still feeling confident," said Eric Lyman, vice president of industry insights for the TrueCar.com auto pricing site.

Industry analysts expect March sales to rise 7 percent to 8 percent over a year ago by the time automakers finish reporting numbers on Friday. Kelley Blue Book says sales should total around 1.66 million cars and trucks for the month, which could be the biggest number for any month since July of 2005.

But some analysts say there are troubling signs for automakers beneath what could be record numbers. Last month had two more selling days than a year ago, and spending on discounts is on the rise. Also increasing are low-profit sales to rental car companies, which some automakers use to boost their numbers.

Discount spending, while good for new-car buyers, cuts profits and hurts used car values. High incentive spending is one of the factors that led to the industry's financial troubles in 2008. TrueCar said automakers averaged just over $3,000 in discounts per vehicle in March, up more than 10 percent from a year ago.

The increase comes mainly because automakers are having trouble selling cars as the U.S. market shifts to trucks and SUVs, according to J.D. Power and Associates. Discounted cars can push down used car values so buyers have less to trade in, said Thomas King, a J.D. Power vice president. "Significant declines in the value of used cars would disrupt consumers' ability to buy new vehicles," King said in a statement.

Some analysts have predicted that U.S. auto sales will reach a peak this year, but Jeff Schuster, senior vice president of forecasting for the LMC Automotive consulting firm, said the March numbers show there's still room for growth.