US announces extension of Syria truce to Aleppo 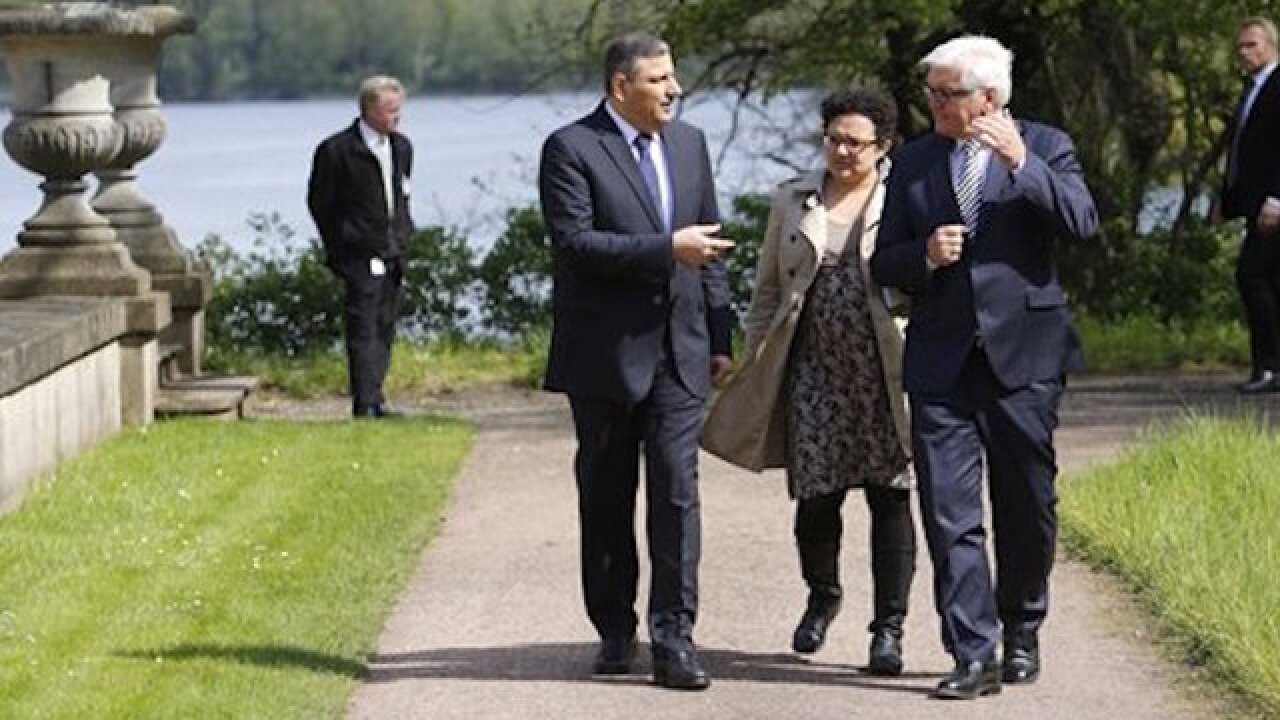 WASHINGTON (AP) — The United States and Russia have persuaded Syria's government and moderate rebels to extend the country's fragile truce to the northern city of Aleppo, the State Department said Wednesday, although sporadic clashes continue.

The agreement was reached late Tuesday and took effect at 12:01 a.m. Wednesday Damascus time (7 a.m. EDT), Secretary of State John Kerry said. The Syrian military confirmed the truce but said it would take effect Thursday and last for 48 hours. U.S. officials said they were looking into the discrepancy.

How important the partial truce proves will depend on its durability. The U.S. and Russia finalized a nationwide cease-fire in late February, but have struggled to make it stick. Kerry has expressed hopes for a more sustainable arrangement.

Since Wednesday's truce in Aleppo started, "We have seen an overall decrease in the violence in those areas even though there are some reports of continued fighting in some locations, which does not surprise us because it only went into effect one minute after midnight," Kerry said.

"We expect all the parties ... to fully abide by the renewed cessation in Aleppo, that means the regime and the opposition alike," he told reporters before meeting visiting EU foreign policy chief Federica Mogherini. "We look to Russia ... to press them for the regime's compliance with this effort and the United States will do its part with respect to the opposition."

Three people were killed on Wednesday in renewed shelling by Syrian rebels of government-held areas in Aleppo, state media and opposition activists said.

The violence in Syria's largest city and once its key commercial center has continued for almost two weeks despite intense diplomatic efforts to restore the cease-fire. The U.N. Security Council also was due to meet later Wednesday to discuss the escalation.

State Department spokesman Mark Toner said Washington and Moscow would monitor the truce closely. "Attacks directed against Syria's civilian population can never be justified, and these must stop immediately," he said in a statement.

The deal on Aleppo follows reaffirmations earlier this week of truces in the Damascus suburbs and coastal Latakia province.

The cessation of hostilities, as diplomats call it, doesn't apply to the Islamic State group or the Nusra Front, al-Qaida's Syria affiliate, which has caused problems in in places such as Aleppo.

In some battles there and elsewhere, Western and Arab-backed militants have fought alongside those swearing allegiance to al-Qaida, making it hard to determine which Syrian government offensives or Russian airstrikes constitute violations.

Nearly 300 people have been killed during this latest spate of violence in Aleppo. Over the past two weeks, hospitals and civilian areas in the divided city have come under attack from government warplanes, as well as rebel shelling.

In the eastern Ghouta, near Damascus, Toner said a truce will be extended for 48 hours following overnight airstrikes by President Bashar Assad's government.

"Our objective remains, and has always been, a single nationwide cessation of hostilities covering all of Syria - not a series of local truces," he said.