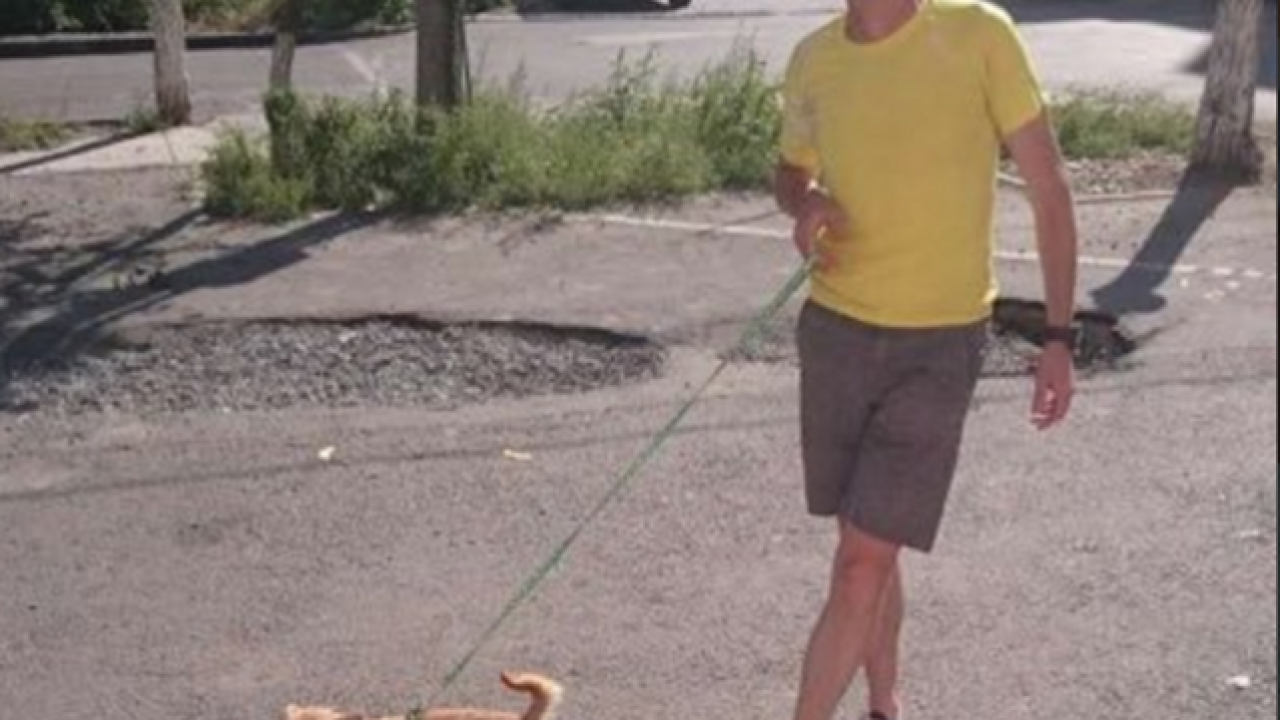 LONDON (AP) — An ultra-marathon runner has been reunited with the stray dog that accompanied him through part of a grueling desert race in China and then went missing.

Dion Leonard says the stray befriended him as he took part in the 250-kilometer (155-mile) Gobi March race, part of the 4 Deserts race series. The dog followed him for much of the race. He vowed to take the dog, named Gobi, home to the U.K.

Leonard, who lives in Scotland, says the dog was preparing to go into quarantine in China before traveling to the U.K. when she disappeared. Having learned that she ran away, he returned to China to find Gobi with the help of a crowdfunding appeal, using posters and the power of social media to track her down.

"On Tuesday night, I received a phone call around 9 p.m. at night saying, 'We've got Gobi. We think it is her. It looks like her in the posters, come round and have a look,' " he told the BBC. "Thankfully we went over and as soon as I walked into the lounge she came running across the room and into my arms."

"She was so excited to see me," he said. "I knew it was her straight away."

Gobi joined Leonard on the second day of the six-stage, seven-day race, and also ran along on her short stubby legs for days three and six.

"She ran 77 miles during those three stages, she slept with me during the evenings. And we just formed this bond that couldn't be broken during the race," he said. "I knew as soon as the race had finished — and even during it_- that I had to make an effort to try and get her back to the U.K. somehow."

He now hopes the dog will join him in Scotland before Christmas.