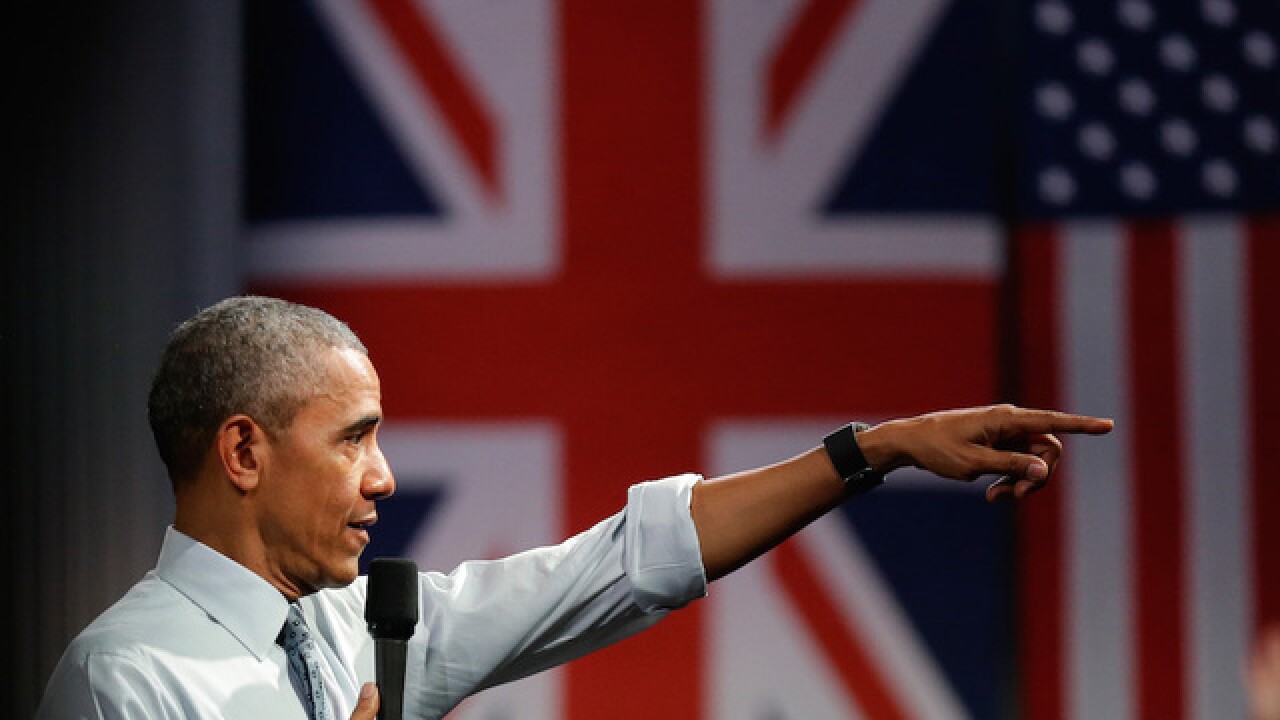 LONDON (AP) — President Barack Obama flew out of Britain Sunday after warning that it could take a decade for the U.K. to negotiate a new trade agreement with the United States if it leaves the European Union.

In a BBC interview, Obama said "it could be five years from now, 10 years from now before we were able to actually get something done."

The U.S. and the 28-nation European bloc of which Britain is a member are attempting to seal a trade deal, the Trans-Atlantic Trade and Investment Partnership, or TTIP.

Obama said that "the U.K. would not be able to negotiate something with the United States faster than the EU."

"Our preference would be to work with this large block of countries," he added.

Obama flew to Germany after a three-day U.K. visit during which he angered supporters of an EU exit by making it clear the United States wants Britain to stay in.

He said Friday that Britain would go to the "back of the queue" for a trade deal if it votes to leave in a June 23 referendum.

That drew scorn from backers of a U.K. exit, or Brexit, who accused the president of meddling.

Nigel Farage, leader of the anti-EU U.K. Independence Party, said Sunday that "Barack Obama is not a pro-British president."

But Obama told the BBC that he hoped British voters would listen to the friendly opinion of "the president of the United States, who loves the British people and cares deeply about this relationship."

And he said the close relationship between Britain and the U.S. would endure, whatever happened.

"The bond between our two countries is unbreakable," Obama said.

Senior policy adviser Jake Sullivan told the Observer newspaper that Clinton "believes that trans-Atlantic cooperation is essential, and that cooperation is strongest when Europe is United."

"She has always valued a strong United Kingdom in a strong EU," he said.