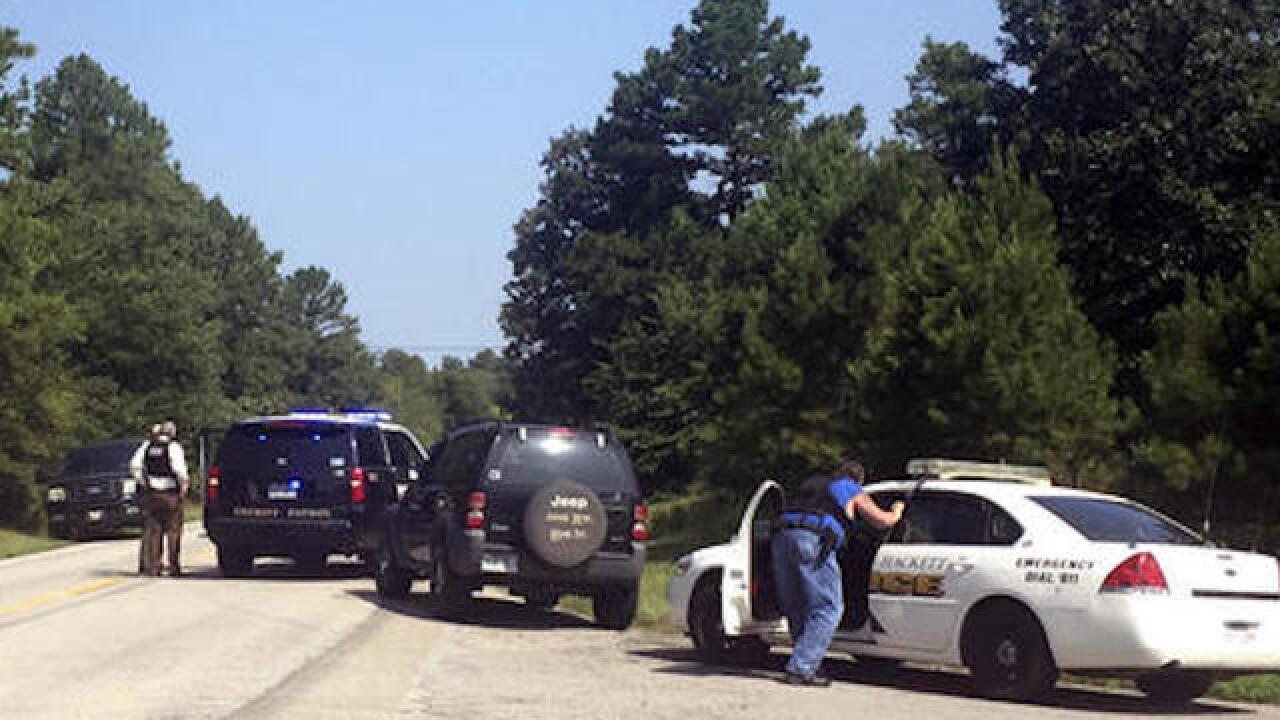 Michael Woods
<p>The intersection of Mockingbird Hill and Highway 253 is blocked by state, national and local law enforcement officers during a stand off after two officers where shot in Sebastian County in Western Arkansas. (AP Photo/Michael Woods-NWA Democrat-Gazette)</p>

HACKETT, Ark. (AP) — A police officer shot in rural Arkansas has died from his injuries.

Sebastian County Sheriff Bill Hollenbeck says that Deputy Bill Cooper was taken to the hospital and pronounced dead at 1:15 p.m. Wednesday. He said Cooper had been a deputy since 2001.

A suspect involved in the shooting has been taken into custody.

A man suspected of shooting and wounding two Arkansas law enforcement officers Wednesday was arrested after barricading himself in a house, authorities said.

The suspect was taken into custody several hours after the shooting was reported around 7:20 a.m. in a rural, wooded area near Hackett, a town of about 800 residents, according to Sebastian County sheriff's officials.

The officers were shot while responding to an unspecified call for service Wednesday morning, Pevehouse said. Dozens of police vehicles, including a SWAT truck, quickly descended on the area. Pevehouse said they surrounded a house where the suspect had barricaded himself inside.

Pevehouse said the man's father called police earlier in the day asking officers to check in on his son, but he didn't release details about the call.

Pevehouse didn't immediately return a phone message seeking details about the call from The Associated Press, but a news conference is planned for later Wednesday afternoon. Arkansas State Police is providing assistance but referred calls to local authorities.

James Markward, who lives nearby, said he heard commotion early Wednesday morning in the area, which is about 115 miles west of Little Rock.

"It woke me up this morning, the gunshots. Of course I didn't know what was going on," the 72-year-old told The Associated Press in telephone interview. "My neighbor called me and asked if I was shooting, and I said 'No, not me.'"

Markward said the shooting suspect once helped him split wood, but said he hadn't seen the man in a few years.

Arkansas Gov. Asa Hutchinson said he didn't have details about the shooting but said it underscored the danger that the state's law enforcement officers face.

"It's a risky business and it really illustrates the importance of our support for law enforcement," Hutchinson told reporters at an event in North Little Rock.

U.S. Rep. Bruce Westerman, whose district includes part of Sebastian County, also didn't have details about the incident but echoed the governor's support for police statewide.

"This has to stop," Westerman said. "It's a shame the price that law enforcement officers are paying right now and, again, I don't know any details about what's happening here, but my heart and prayer is with them and their families."