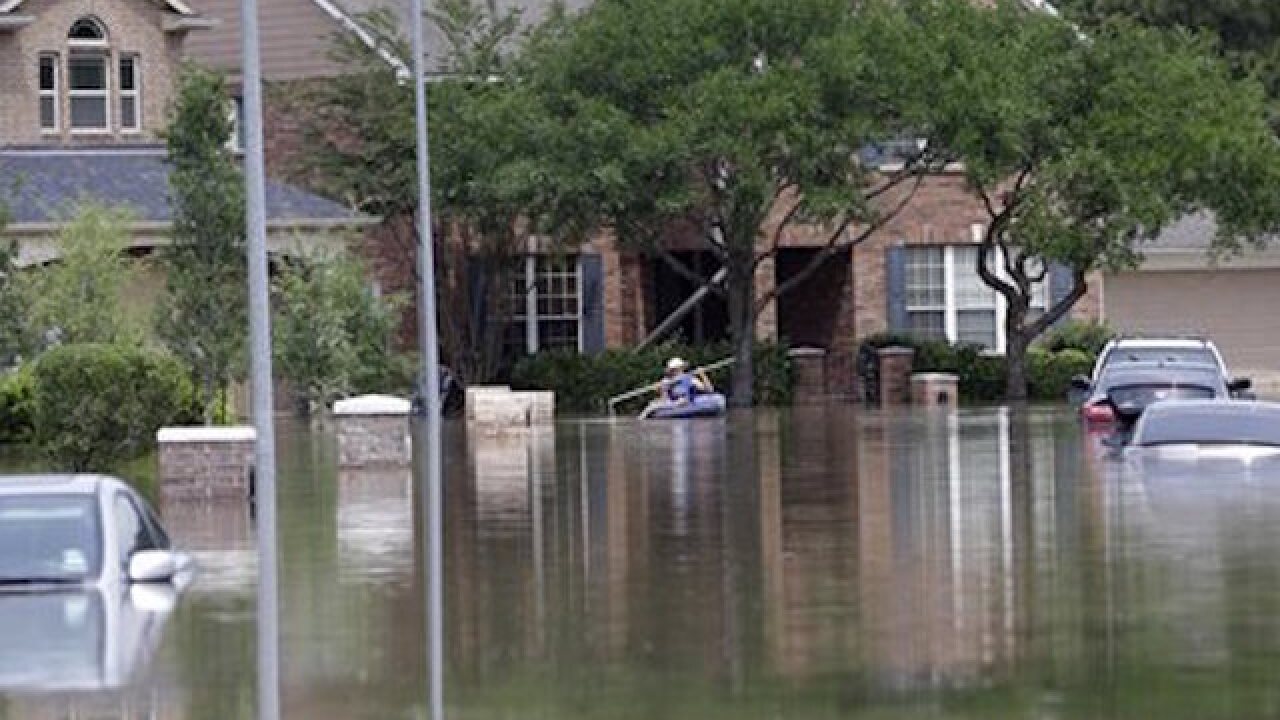 HOUSTON (AP) — Two aging dams deemed "extremely high risk" by the U.S. Army Corps of Engineers are at record pooling levels in Houston's west side after this week's torrential rainfall, but are working well and have undergone improvements in recent years, authorities said Wednesday.

The dams — at 50 percent capacity — are classified as high risk only because they're about two decades beyond their life expectancy and in a populated area, said agency spokeswoman Sandra Arnold.

However, a Corp report issued on the dams in 2012 offered more worrying criteria for the classification, noting that such structures are "critically near failure or at extremely high risk under normal operations."

In the unlikely event that the dams collapsed, downtown and the highly populated area in sprawling West Houston would likely see deaths as well as $60 billion in property damage, said Richard Long, a project operations managers with the Corp.

But the current conditions are no reason to panic, he added. While the dams still have these critical classifications, improvements done the last few years have shored up the seven-decade-old structures and an ongoing $72 million construction project will greatly strengthen them.

"The dams are in good condition," he said. "We have 24-hour surveillance occurring. ... Integrity wise, we're in real good shape."

The monitoring of the dams comes as the Houston-area deals with the effects of heavy rain — 18 inches in some spots — that walloped the area Sunday night and Monday. Creeks and streams getting runoff from the rain have continued to rise above their banks, prompting neighborhood flooding and additional evacuations on Wednesday by residents from homes and apartment complexes.

Officials said another person had died in the Houston-area flooding, raising the toll to eight.

Kim Jackson, spokeswoman for the Harris County Flood Control District, said crews assessing damage on Wednesday were still hindered by rain and floodwaters in some areas. Officials have so far catalogued about 1,000 homes with flood damage — a number she said "will go up considerably."

Long said it will take a long time to drain the reservoirs behind the Addicks and Barker dams in controlled releases. There is about two months' worth of water to get rid of. Each dam held about 100,000 acre feet of water on Wednesday.

The dams were constructed in the mid-1940s and were created to collect excessive amounts of rainfall. The collected water is released downstream at a controlled rate, preventing flooding in downtown Houston and other urban areas located to the east.

While the dams are not expected to reach 100 percent capacity, part of the reservoirs are located on public property, meaning that additional water that continues to come into the reservoirs from rivers and streams is expected to flow into surrounding public roadways and some subdivisions, possibly flooding a number of homes, Long said.

Harris County Judge Ed Emmett said officials are considering acquiring sandbags for deployment on "non-governmental land" behind the Addicks and Barker reservoirs due to the potential flooding of homes in the area.

But he said the damage should be limited.

"I know people's nerves are on edge," he said. "There should be very few homes.

"We probably are, or certainly are past the worst of this. And we have to make sure we do the recovery right."

The Corps of Engineers' recent improvements on the dams include additional filters to control seepage, additional lighting and emergency power "to have around the clock ability to operate the dams and to ensure their inspections and function when we get pools like we're having right now," Long said.

"From this one flood event ... the operations of (the dams) ... have prevented over $3 billion in damage downstream of these projects," he said.