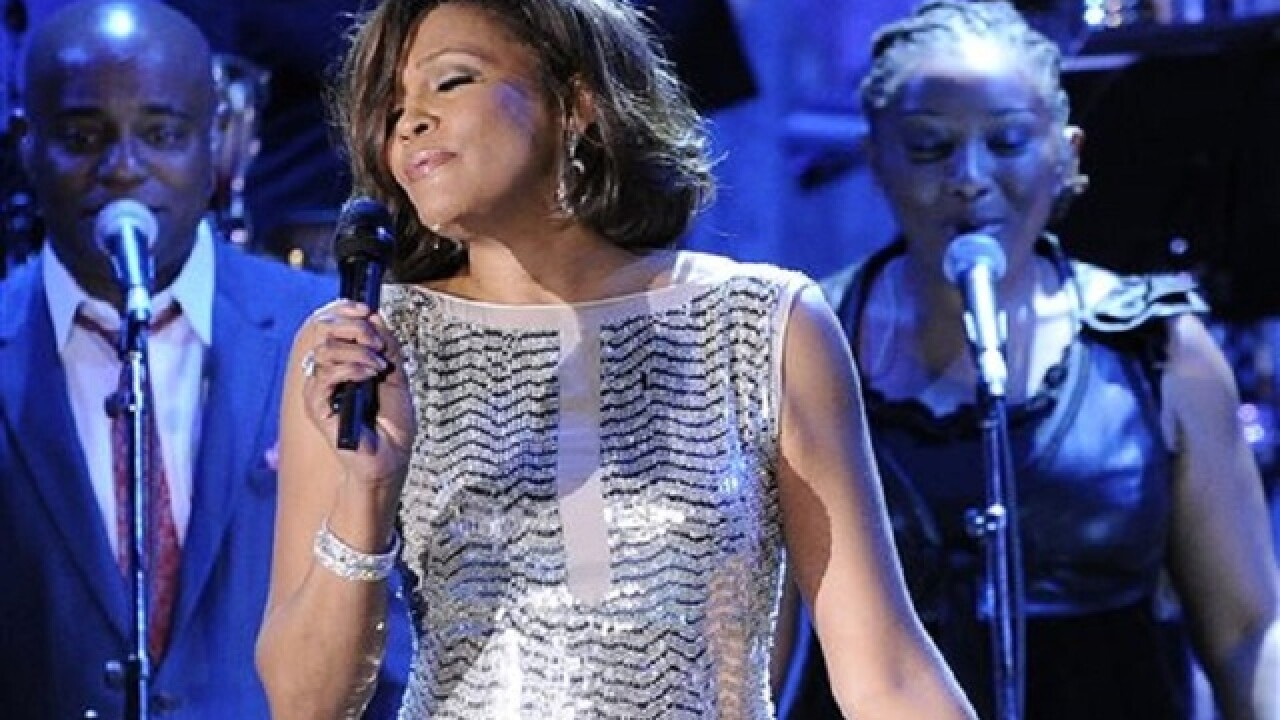 LOS ANGELES (AP) — An Emmy Award won by Whitney Houston 30 years ago is the focus of a legal battle between an auction house and Emmy organizers seeking to block the trophy's sale.
The Academy of Television Arts & Sciences filed a lawsuit Wednesday in federal court against Heritage Auctions and the late pop star's estate, saying the sale would violate academy rules.
Houston won the award in 1986 for her Grammy ceremony performance of "Saving All My Love for You." The singer was found dead at age 48 in a hotel room in Beverly Hills, California, on the eve of the 2012 Grammys.
In its lawsuit, the academy says Houston won her trophy when the Emmys carried a label stipulating they were academy property and that an heir seeking to dispose of an award must return it to the academy for storage in "memory of the recipient."
The lawsuit, which includes copyright infringement among its allegations, asks for a court order returning Houston's statuette to the academy and seeks a jury trial for unspecified damages.
The academy also is seeking a temporary restraining order to halt the trophy's sale. It's included in an auction of Houston memorabilia that, according to Heritage's website, is set for Friday and Saturday in Beverly Hills, California.
Greg Rohan, the auction house's president, said that the lawsuit is without merit and the academy has refused requests for proof that Houston signed an agreement barring its sale.
The Emmy was consigned by Houston's family and has a starting bid of $10,000, Rohan said. He said the academy has failed to intervene in the sale of several dozen other Emmys in the past decade.
"The academy has let slide ... almost 40 sales and auctions. Why are they taking on the Houstons?" he said.
The academy declined comment Wednesday on the pending litigation, a spokesman said.
Copyright 2016 The Associated Press. All rights reserved. This material may not be published, broadcast, rewritten or redistributed.