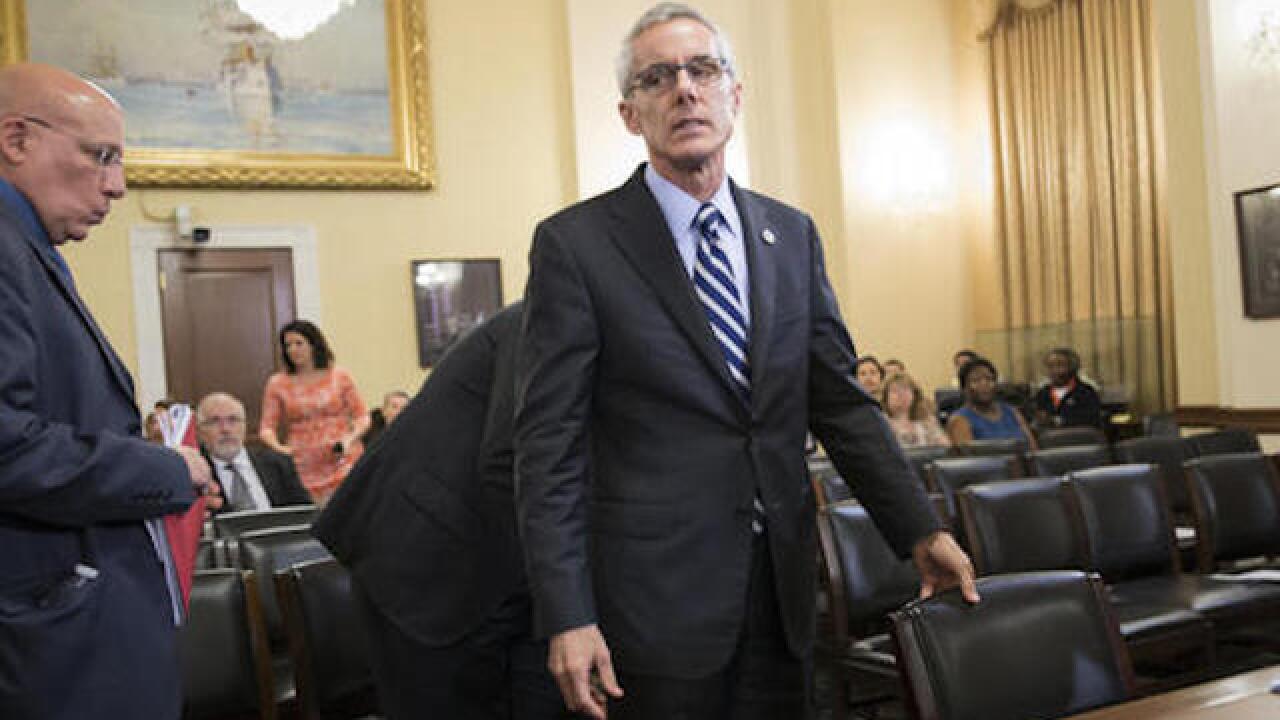 Copyright Associated Press
J. Scott Applewhite
<p>Transportation Security Administration chief Peter Neffenger appears before the House Homeland Security Committee which is looking for answers on how to balance security with long lines at airport checkpoints, on Capitol Hill in Washington, Wednesday, May 25, 2016. The TSA ousted its head of security this week in an approach to finding a solution. (AP Photo/J. Scott Applewhite)</p>

WASHINGTON (AP) — The head of the Transportation Security Administration said Wednesday the beleaguered agency will add 768 new screeners by mid-June to deal with increasingly long airport security lines that have caused passengers to miss flights even before the busy summer travel season.

Peter Neffenger told a House committee that a combination of factors contributed to the added waiting time to pass through security screening: more people are flying this year and fewer people than anticipated have applied for the government's PreCheck program, which expedites screening for those who have submitted to a background check.

The agency expects to screen 740 million passengers this year, a 15 percent increase over 2013, Neffenger said. That increase came amid a 12 percent drop in the TSA's workforce and "a renewed focus on security," he said.

"We have a challenge this summer, which we are aggressively meeting head-on," Neffenger told the House Homeland Security Committee.

TSA officers are being moved to staff checkpoints at the busiest airports at the busiest times, Neffenger said, and the agency is launching an incident command center that includes officials from major airlines and industry associations. The center will track daily screening operations and shift officers, canine units and other resources to shorten lines, Neffenger said.

Neffenger an incident in which 450 passengers were stranded in Chicago overnight because long security lines made them miss their flights was preventable and should not happen again.

The agency has installed a new management team in charge of screening operations at Chicago's O'Hare International Airport, increased the use of overtime in Chicago and other major airports and converted some part-time workers to full-time status, Neffenger said. It also has increased the use of bomb-sniffing dogs to help with security lines.

The effort appears to be working so, Neffenger said. The longest wait time at O'Hare on Tuesday was about 15 minutes, he said.

Rep. Michael McCaul, the committee chairman, said the TSA is in crisis.

"The American people are angry and frustrated as we head into the busiest travel season of the year, starting this Memorial Day weekend," said McCaul, R-Texas. "And they deserve answers."

The crisis "didn't just come out of nowhere," McCaul said. "Airports and airlines have been sounding the alarm for months. Wait times are not soaring simply because security is that much tighter. It's because the TSA bureaucracy has gotten weaker."

McCaul and other lawmakers pressed Neffenger about the abrupt ouster of the agency's top security official, Kelly Hoggan. Hoggan was removed Monday and replaced by a former federal security director in Los Angeles and New York, Darby LaJoye.

Long lines have been plaguing airports since early spring, but the issue came to a head in recent weeks when thousands of passengers in Chicago missed flights because of lengthy checkpoint waits.

Changes announced by Neffenger aren't likely to have much effect in the short run. The TSA doesn't have enough security screeners to quickly scrutinize growing crowds of travelers and their sometimes overstuffed carry-on luggage.

Homeland Security Secretary Jeh Johnson, who oversees TSA, has asked that airlines temporarily reduce or eliminate fees for checked bags to cut down on the amount of bags security screeners have to inspect at checkpoints. Airlines have balked at the suggestion that bag fees have caused the long lines and instead blamed federal budget cuts and a reduction in TSA staff for the problems.

Beyond the lengthy security lines, lawmakers have been pressing the TSA to address allegations of mismanagement.

The House Oversight and Government Reform Committee said Hoggan received more than $90,000 in bonuses over a period from late 2013 to late 2014, despite growing concerns about the agency's operations.

About a year later, a report from Homeland Security's Inspector General's office revealed that agency employees failed to find explosives, weapons and other dangerous items in more than 95 percent of covert tests at multiple U.S. airports.