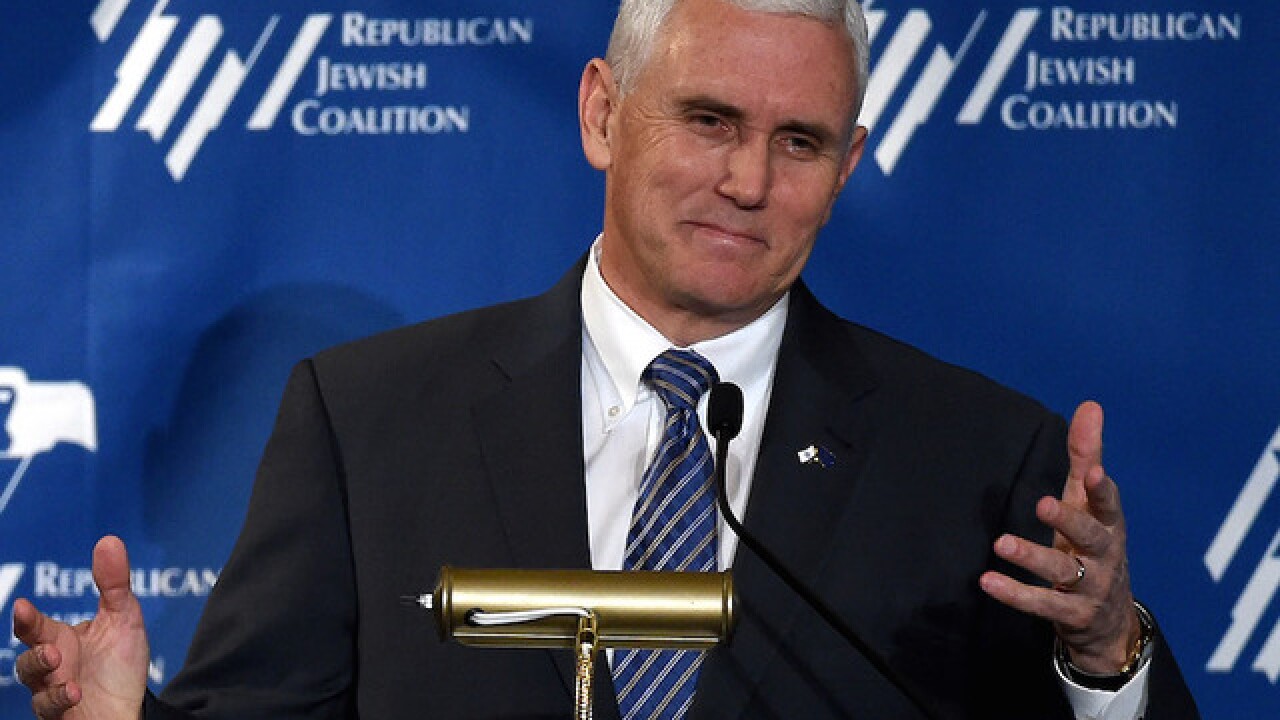 Within an hour of reports breaking that presumed Republican presidential candidate Donald Trump was picking Indiana Gov. Mike Pence as his running mate, social media was buzzing with people having fun at the expense of their campaign name: "Trump-Pence."

Read some of the best — and worst — plays on their monikers below.

Trump-Pence sounds like a lyric from My Fair Lady.

Trump Sicks Pence, None The Richer

Why are we all assuming Trump is going to let Pence keep his name? https://t.co/pH3O5I269Z

Trump Pence. Trumppence? "I'd not warrant you a harlot's trumppence, thou foul gobshite." --Shakespeare

Trump-Pence... what portion of the pound sterling is that, anyway?

You need dollars from Koch!
Without Pence they're still on the Fence.

Phonetically speaking Trump Pence is a disaster. A spondee with consecutive plosives. Does not trip off the tongue. Sad.

A Pence for your thoughts, he said. https://t.co/jnrnG4Oics