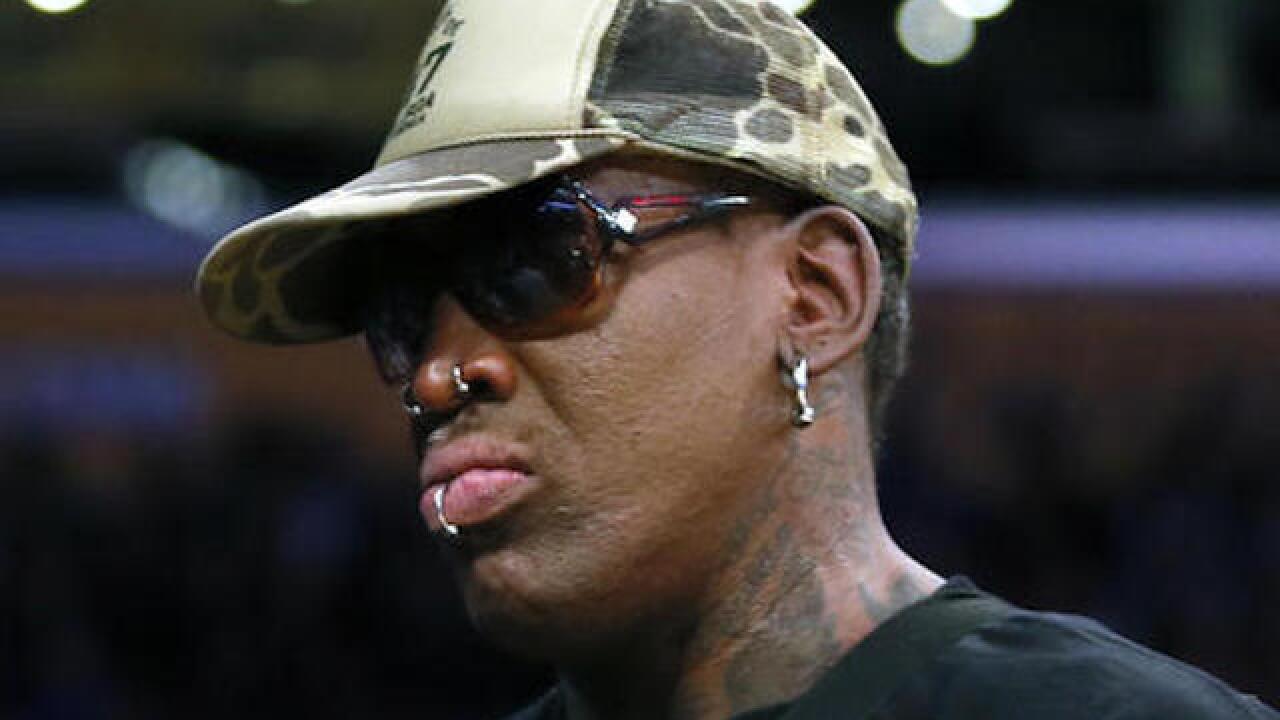 According to the California Highway Patrol, a BMW driver reported striking the center divider after swerving to avoid a head-on collision with an SUV traveling north in a southbound lane. The BMW driver said that after a brief conversation, Rodman left without exchanging information.

A voicemail seeking comment was left at a listing for Rodman's marketing agent.