Aide to Ala. Gov. Bentley resigns amid scandal 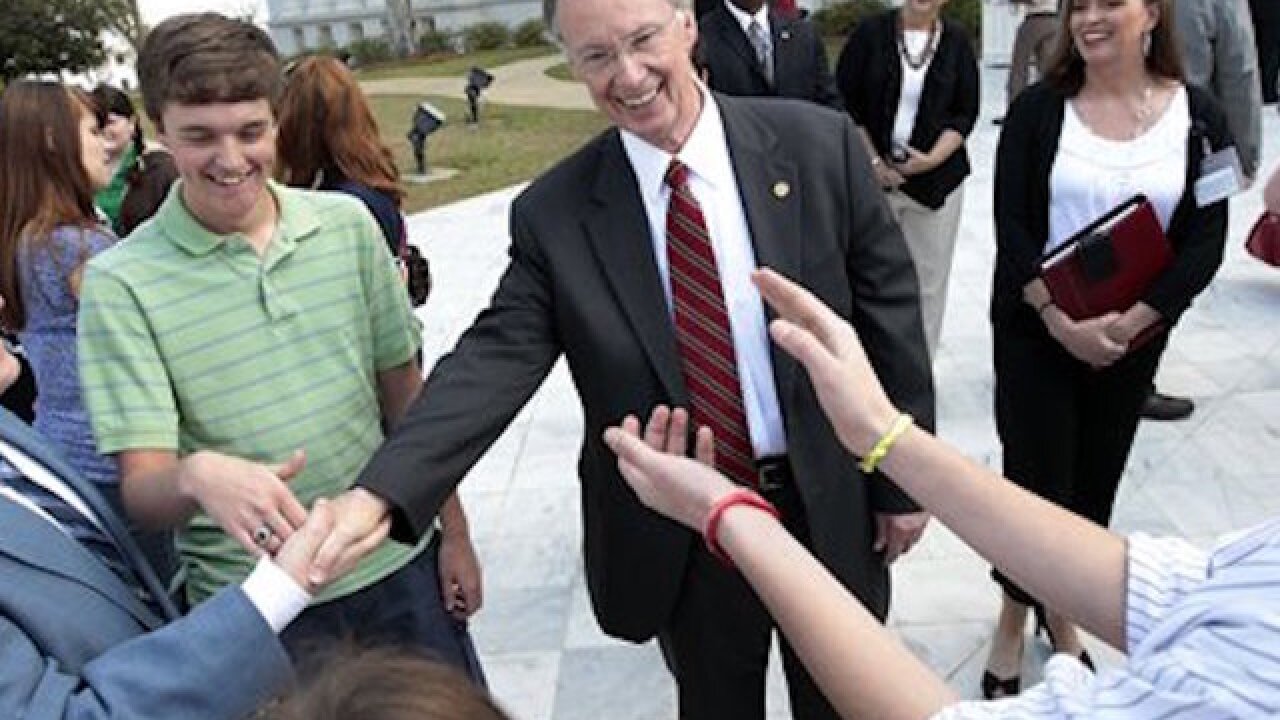 Copyright Associated Press
Dave Martin
<p>FILE -In this Tuesday, March 22, 2011 file photo, Alabama Gov. Robert Bentley, center, talks with students who gathered to hear him unveil a jobs bill that he will present to the legislature at the Alabama Capitol in Montgomery, Ala. At right, is Rebekkah Mason, Bentley's Communications Director. Bentley admitted Wednesday, March 23, 2016, that he made inappropriate remarks to his senior political adviser, Rebekah Caldwell Mason. Bentley said he did not have a sexual relationship with Mason, but he apologized to his family and Mason's for his behavior.(AP Photo/Dave Martin, File)</p>

MONTGOMERY, Ala. (AP) — A top political aide to Alabama Gov. Robert Bentley resigned Wednesday, a week after he publicly admitted making inappropriate remarks to her but denied the two ever had an affair.

"My only plans are to focus my full attention on my precious children and my husband who I love dearly," she said.

Last week, Mason was thrust into the spotlight when former Law Enforcement Secretary Spencer Collier accused the 73-year-old governor of having an inappropriate relationship with her. Collier made the allegations a day after he was fired. The scandal has engulfed Bentley, a mild-mannered dermatologist and former Baptist deacon whose political ascendency was based partly on his morally upright, honest reputation.

Dianne Bentley, the governor's ex-wife, filed for divorce in 2015 saying their 50-year marriage had suffered an irreparable breakdown.

Mason, a former television news anchor in Bentley's hometown of Tuscaloosa, signed on as spokeswoman for the little-known legislator's 2010 longshot bid for governor. She worked as the governor's communications adviser before leaving to work on his 2014 re-election.

Observers said Mason helped the governor talk through options as he weighed decisions ranging from taking down Confederate flags to his proposed $800 million prison construction project before lawmakers.

Her detractors within the administration said her opinion increasingly became the only one Bentley would trust.

"At the end of 2014, Governor Bentley made it clear to me in no uncertain terms that from that point forward anyone who questioned Rebekah's influence would be fired," Collier said.

As his senior political adviser, she was not paid by the state. Instead, she was paid with campaign funds — something the governor's office said Bentley had done with previous political advisers in his administration.

Mason's husband also works for Bentley as the director of Serve Alabama, the Governor's Office of Faith-Based and Volunteer Service.

In a statement issued last week, she said Bentley "apologized to me and to my family, we accepted his apology and have put all of this behind us."