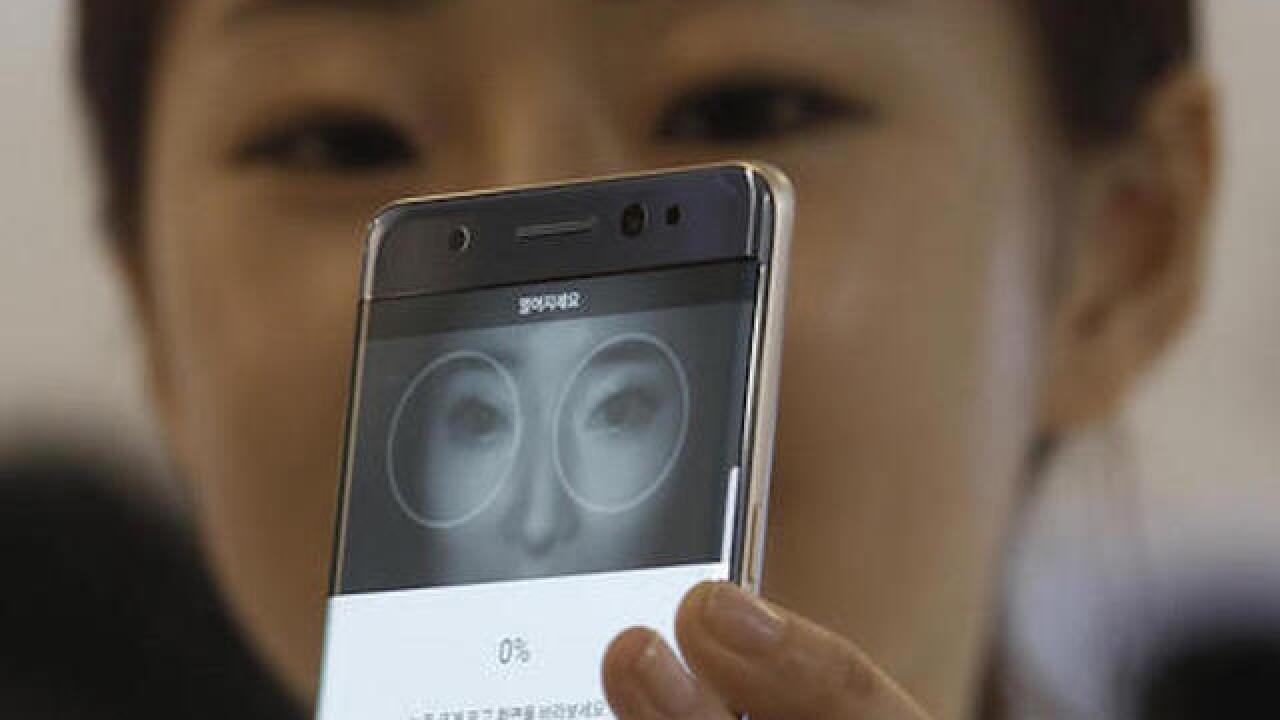 Copyright Associated Press
Ahn Young-joon
<p>A model demonstrates the iris scanner features of the Samsung Electronics Co's Galaxy Note 7 smartphone during its launch event at company's headquarter in Seoul, South Korea, Thursday, Aug. 11, 2016. The Galaxy Note 7 smartphone is drawing attention worldwide with its iris-scanning feature that allows a user to unlock the smartphone in the blink of an eye, according to Yonhap news agency. (AP Photo/Ahn Young-joon)</p>

The survey conducted in six countries, commissioned by the environmental group Greenpeace, showed that more than half of those who responded would prefer to change their phones less frequently.

Handset devices are one of the most frequently replaced electronics products. The top cellphone companies, Samsung and Apple, launch new flagship phone models at least once every year, showing off the latest display and mobile processor technologies. Phone makers typically upgrade their cheaper lineups as well.

"Over half of respondents across the countries surveyed agree that manufacturers are releasing too many new models, many designed to only last a few years," said Chih An Lee, global IT campaigner at Greenpeace East Asia. "In fact, most users actually want their phones to be more easily dismantled, repaired and recycled."

Frequent introduction of new models was not necessarily a bad thing for South Korean Kwon SunHo.

"Even if each company releases one new phone every year or every six months, there are so many smartphone companies these days that it feels like new models are often released," the 24-year-old college student said. "I think it is a good phenomenon because it drives down the prices of older products."

Kwon, who upgrades phones every two or three years, picks a model that is not the latest and doesn't have the most cutting-edge features to save money.

The survey revealed some differences in attitude toward phone repairs across countries.

Chinese and South Koreans were more likely to have had their phones repaired than respondents in the U.S. or Germany.

Nearly half of respondents in all six countries believed that phone manufacturers should be more responsible in making recycling of their phones easier.

"If they give a discount to consumers who return their companies' phones, they can increase consumer loyalty and help the environment as well," Kwon said.

"I think it makes sense that manufacturers promote (recycling) as they know the components during production well," said Choi Yunsu, a 28-year-old South Korean. Choi usually gives his old phones to his family or sells them to someone, and said he has never heard of recycling a smartphone.

Respondents to the Greenpeace survey said battery life was an important feature for new smartphones.

More than 90 percent of respondents in China, Mexico and South Korea said it is important for new smartphones to be easily repaired if damaged. Consumers in all countries also said that producing phones without hazardous chemicals is an important factor.