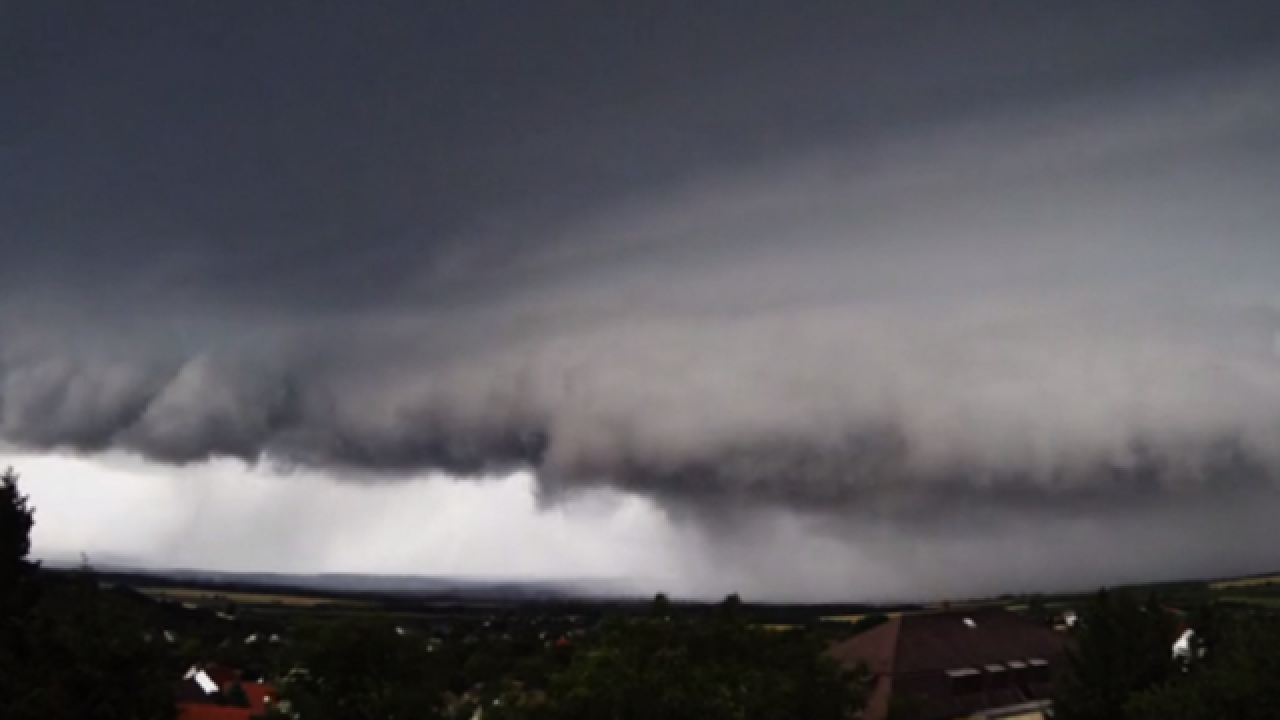 By: Mina Abgoon
Posted at 12:02 AM, Jul 22, 2016
Dramatic video footage out of Hungary shows a timelapse video of a massive supercell storm.
According to Rumble.com, the footage shows the supercell as it approaches the city of Csókak? with severe gusts, hail and heavy rain.
The video was reportedly captured by witness Krisztian Kiszely using a GoPro.
Watch below to see the storm rolling in.

Source: Rare timelapse footage of supercell storm in Hungary by kriskiszely on Rumble