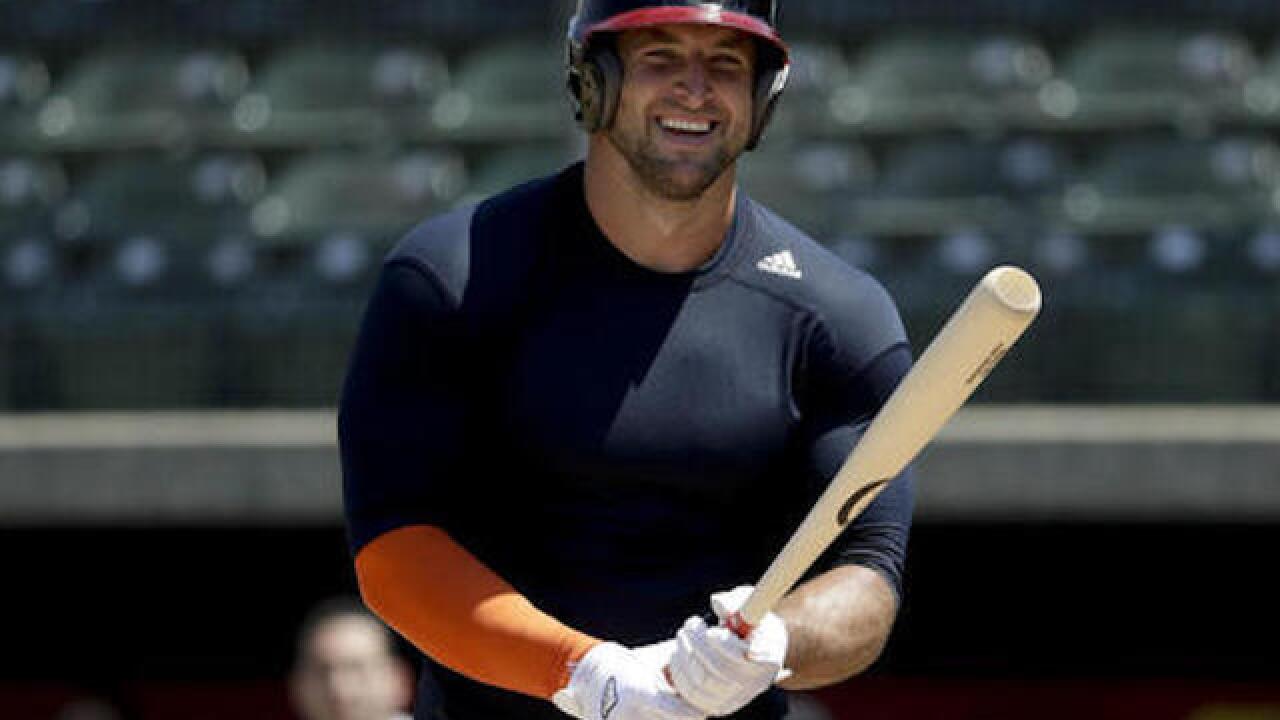 Chris Carlson
<p>Former NFL quarterback, Tim Tebow smiles during a work out for baseball scout and the media during a showcase on the campus of the University of Southern California, Tuesday, Aug. 30, 2016 in Los Angeles. The Heisman Trophy winner works out for a big gathering of scouts on USC's campus in an attempt to start a career in a sport he hasn't played regularly since high school. (AP Photo/Chris Carlson)</p>

LOS ANGELES (AP) — Tim Tebow has taken his first big swing at a baseball career, showing off a powerful bat and a few areas of needed improvement in a workout for dozens of major league scouts.

The Heisman Trophy-winning quarterback worked out at the University of Southern California's Dedeaux Field on Tuesday. Scouts and reporters tracked, timed and recorded his every move.

Tebow's 255-pound muscled physique and 6.70-ish time in the 60-yard dash were impressive. So was a series of long homers into the trees and off the scoreboard.

Tebow's representative would like to see him in instructional league play starting in September.