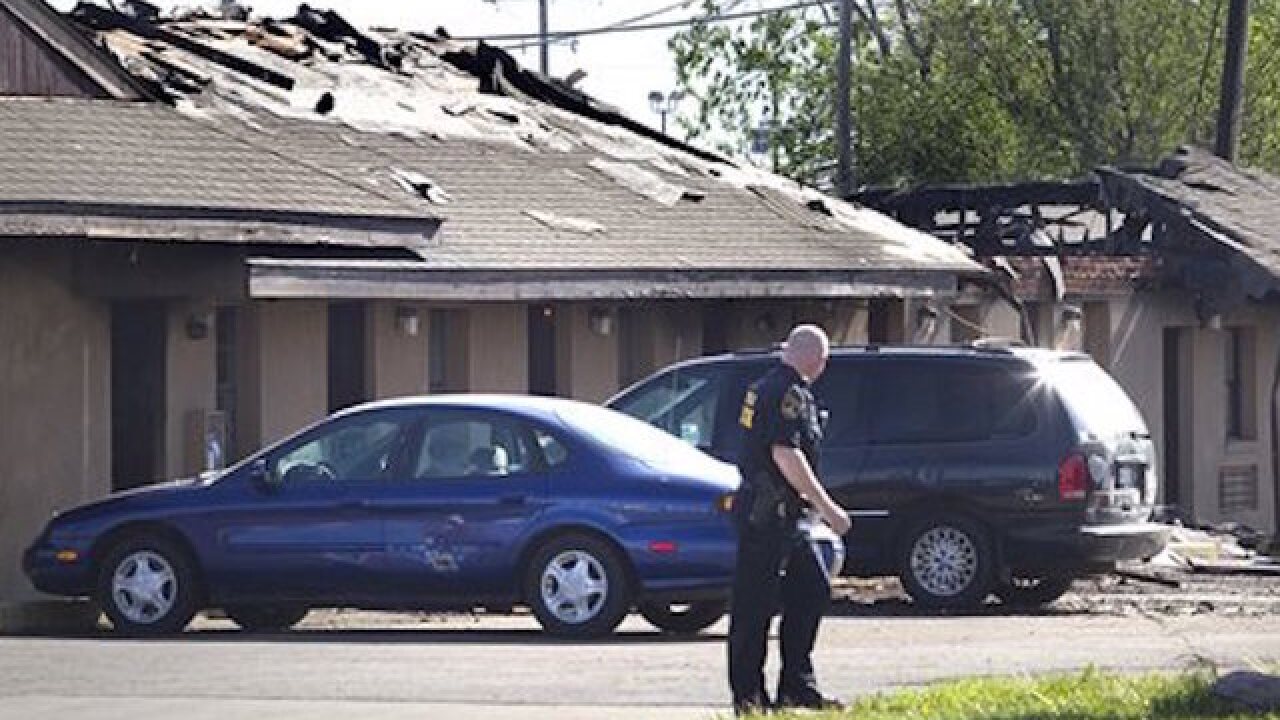 TOPEKA, Kan. (AP) — Authorities found a body in a Kansas hotel room that erupted in flames during a shootout in which three federal agents were injured while trying to arrest a robbery suspect, the FBI said Sunday.

The FBI said in a release that two deputy U.S. marshals and an FBI agent who were part of a U.S. Marshals Service Fugitive task force, suffered non-life-threatening injuries Saturday night when they came under fire while trying to arrest 28-year-old Orlando J. Collins at a Topeka hotel.

The suspect, who was being sought on a federal robbery warrant, was also on the state's most wanted list and was considered armed and dangerous, the FBI said.

As the officers approached the hotel room they came under fire from the inside the room, the FBI said. During the gunfire, a fire broke out in the room where authorities later found a body.

"An unidentified body was located within the hotel room where Collins was believed to be," the FBI release said. The agency did not immediately identify the body or say whether Collins was arrested.

Authorities said earlier that four agents were injured. The FBI didn't specify the nature of the injuries and didn't immediately return calls seeking clarification about the change.

The hotel had been evacuated and no other injuries were reported at the hotel, which fire officials told WIBW-TV was considered a total loss.

The FBI was processing the crime scene Sunday, while other federal and state crews conducted the fire investigation.