The Week Ahead: Candidates campaign in Wisconsin 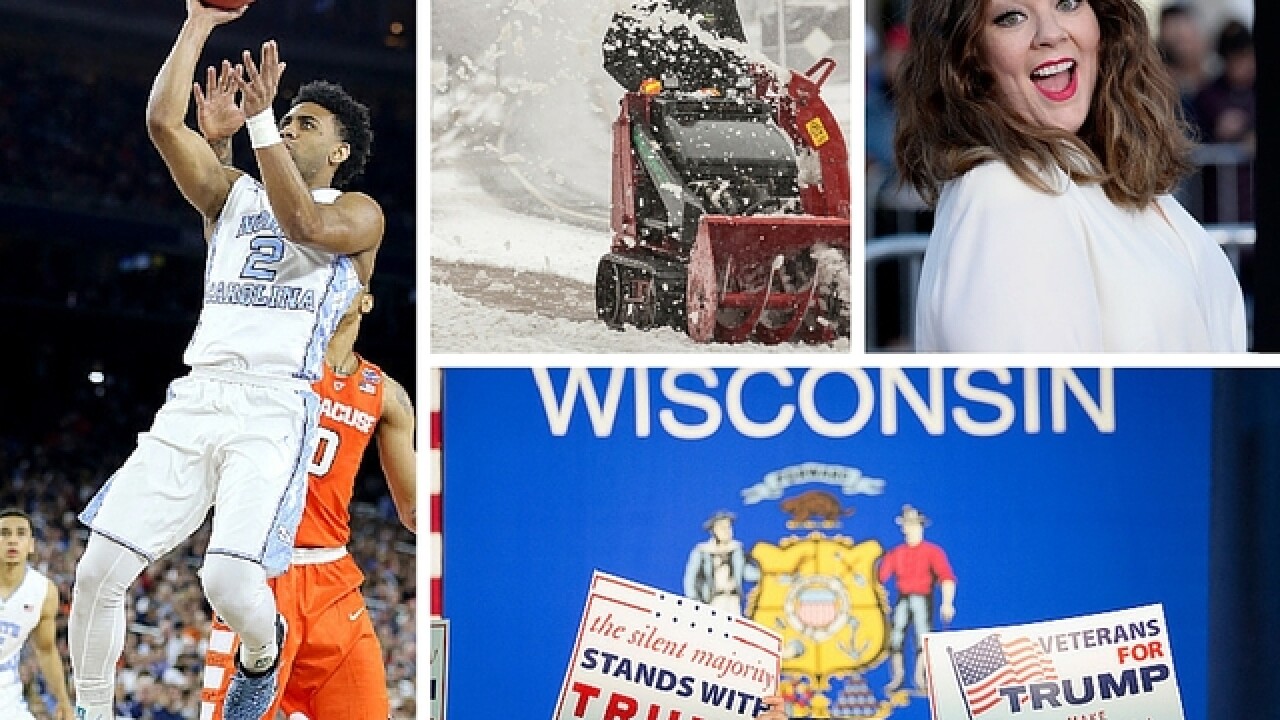 WEATHER
Spring has been trying its best to put “Winter 2015/16” to bed for the last few weeks, but it seems winter is not quite done. According to the The Weather Channel two more winter weather systems will move through northern Midwestern states and New England, bringing with it cold, windy conditions and some snow. If these conditions continue to hold true, the Detroit Tigers could play their opening home game on Friday in snowy conditions.

The race for the GOP nomination continues on Tuesday, as Donald Trump, Ted Cruz and John Kasich battle for 46 delegates in Wisconsin. Trump, the Republican front runner, has been playing catchup in America’s Dairyland, and may have done himself a disservice last week with a few highly controversial statements regarding abortion. According to Politico, Cruz leads Trump in some polls by as many as 10 points.

A win in Wisconsin would go a long way for the GOP establishment, as they hope to prevent Trump from reaching the required 1,237 delegates for an automatic nomination.

On the Democratic side, Bernie Sanders has quietly taken the last five contests against frontrunner Hillary Clinton. However, he still trails the former Secretary of State by a significant margin in the delegate count. Politico currently has Sanders leading by the slimmest of margins heading into Tuesday’s election, meaning the two candidates could be in for yet another dogfight.

SPORTS
Many considered the Villanova the underdog for Saturday’s Final Four game against Oklahoma in Houston, but the Wildcats didn’t play the part. Villanova shot an incredible 71 percent from the field and set a record for margin of victory in a semifinal game by crushing the Sooners 95-51.

Villanova will be playing for their second National Title on Monday, and their first since beating Georgetown in one of the Tournament’s biggest upsets in 1985. North Carolina is seeking it’s sixth title, and third since 2005.

RELATED: How much do you know about the 2016 Final Four?

MUSIC
M83, the electronic band led by Anthony Gonzalez, will release its seventh studio album on Friday. You probably know them as “the band that did that one song for the Victoria’s Secret commercial a few years back.” Their upcoming album, “Junk” will feature the song “Solitude,” which was released last month.